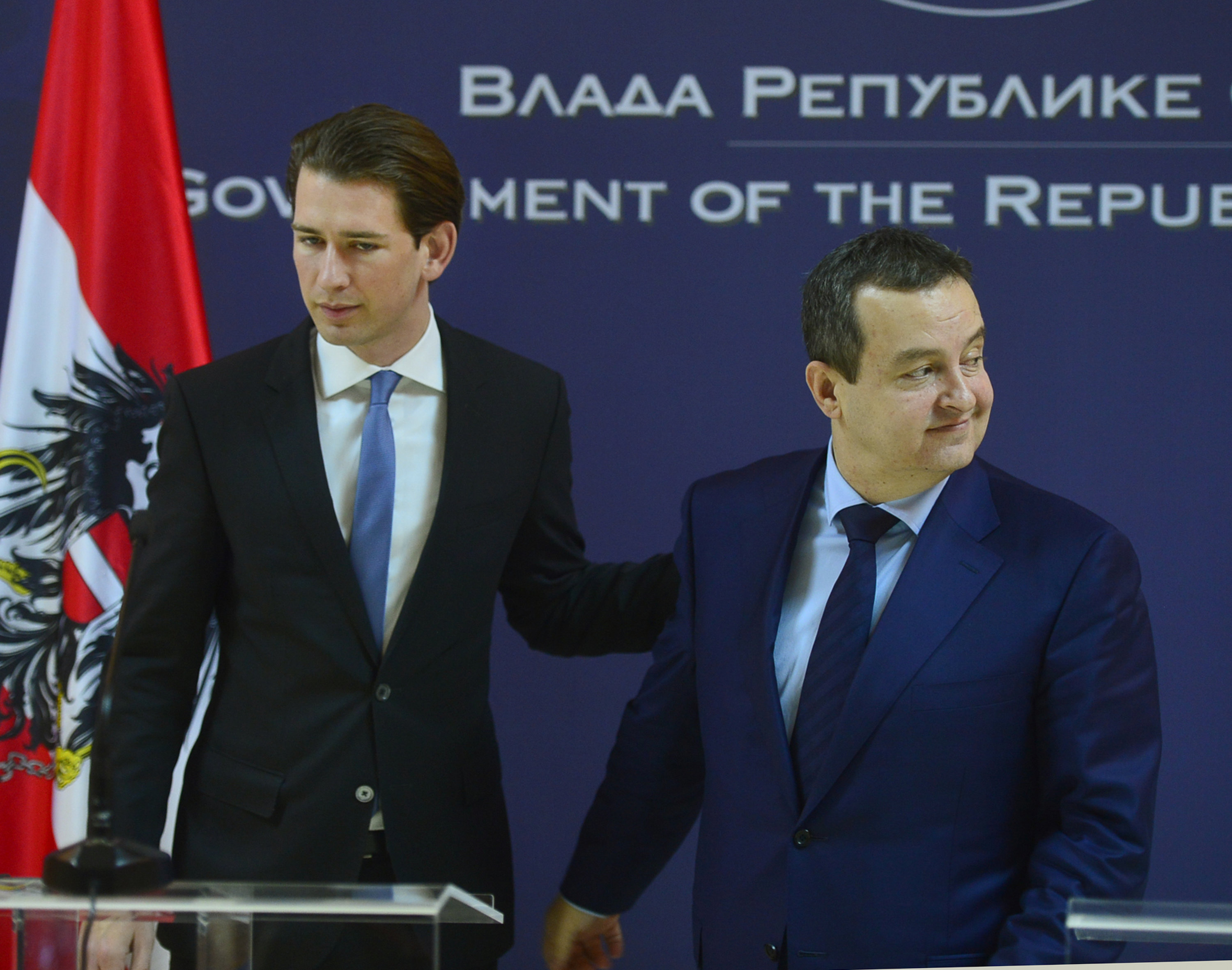 BELGRADE – Serbian Foreign Minister Ivica Dačić said Tuesday that if certain countries on the Balkan Route closed their borders to refugees, Serbia would be forced to implement such a measure on the border with Macedonia.

Speaking at a joint press conference with Austrian Foreign Minister Sebastian Kurz, Dacic stressed that migrants could not end up stationed in Serbia.

“It is important that countries exchange information regarding migrants and that there are no surprises, but rather a predictable policy, here,” said Dačić.

Kurz stressed that his country could not receive an unlimited number of refugees.

If we set clear boundaries along the Western Balkan Route we will create a new situation, and the goal is to stop refugees on the border between Greece and Macedonia, said Kurz.

Serbia is the most important country in the region, playing a vital role in the preservation of its stability, and thanks to the Serbian government and the prime minister, it will be developing positively in the future, Austrian Foreign Minister Sebastian Kurz said Tuesday.

Speaking at a joint press conference with his Serbian counterpart Ivica Dačić, Kurz said that Austria supported Serbia on the road to European integration and the reforms it was introducing on the way.

The ministers agreed that political dialogue and economic cooperation between the two countries were good and very active.

Last year’s trade was EUR 800 million, Dačić said, pointing out that Austria was the biggest investor in Serbia.

Dačić said that Austria and Serbia were working together to tackle the challenges brought by the migrant crisis.