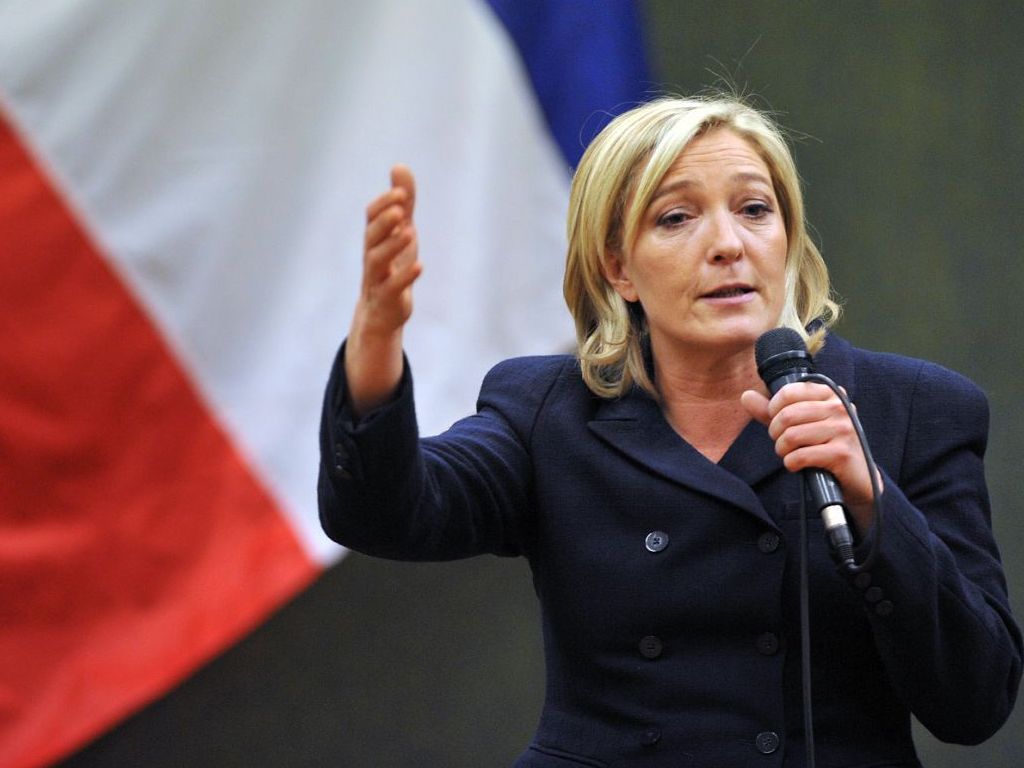 The populism of the right-wing parties is gaining an important momentum in the countries across Europe. While the number of voters is dropping, the importance of the large political parties is diminishing and the political spectrum fragmenting. The immigration crisis and recent terrorist attacks in Paris solidified already stable support for the right-wing in the voting body of a number of countries, and especially helped the National Front in France. Something that immediately becomes apparent is that the internationalism of the left is not strong enough to mobilize the voters and fight back the nationalist discourse of the right. Moreover, the general feeling in the European Union is that problems come from abroad and that turning inwards to oneself is a potential answer to the burning questions and problems that the Union and its members are faced with. With that in mind it does not come as a surprise that, while the profile of the right-wing parties is fundamentally different across Europe, they find a consensus calling for a refusal of further European integration and even advocating for the disintegration of the system of the Union. At that very point lies the key difference between the Serbian and the European right-wing parties. It is of utmost importance to say that the right-wing parties in Europe became, like the National Front, anti-system parties that base their support in the general disappointment in the system. However, as there is no system in Serbia, the parties cannot be considered as anti-system parties, but they are rather anti-regime ones.

The European and Serbian right-wing parties are first and foremost connected through hate – hate towards Europe, minorities, religions different than the Christian one, immigrants and in essence difference of any kind. The discourse of the both is based on the defense of national values, patriotism and the love for God, and the main threat and source of problems is seen in the people different than themselves in any imaginable way. Yet, while the European right-wing is “enlightened,” and understands that political importance is gained through mobilization of the feeling of disappointment with the EU, fear of terrorism, and recruitment of those who do not perform well in the neoliberal system, the right wing in Serbia grows through a nationalistic discourse that is still strong enough to support it.

The frustration caused by the defeat of the Serbian nationalistic politics in the 90s has not disappeared yet and its remains are remaining influential in the society. As a result of that politics, and the impact of its remains, Serbia finds itself having an identity crisis. Eternally torn between Russia and the West, capitalism and socialism, European and national values, Serbia does not know where it belongs, and fundamentally does not understand the world in which it finds itself. Naturally, that is noticeable in the political choices it makes. Đorđe Vukadinović, the editor-in-chief of the Nova srpska politička misao (New Serbian Political Thought), explains that Serbia has elected Vučić because ”it did not have the strength to choose anything: neither Europe nor Russia.” That explanation is supported by the “Russification of the nation” witnessed today, coming from right-wing oriented parties and the Serbian Orthodox Church: supremacy of the orthodox civilization, Byzantine heritage, Slavism, and rather questionable historical support that Russia ever provided for Serbia.

The incompetence of the ruling elite in the country to commence with the promised reforms and make the overall conditions in the country better, as well as the very often representation of the European Union as a “extortionist” certainly helps the pro-Russian currents active in the country. The Russian soft power is increasingly felt in the region and leads to a conclusion that Russia indeed has a defined strategy towards the Western Balkans, in which it sees Serbia as a key country. In ever increasing conflicts with the West, more concretely the United States and Great Britain, Russia is fully aware that the destabilization of the Western Balkans would not cost it almost anything, while it could cost the European Union a lot. A division of the region into the Western and Russian sphere of influence is definitely one of the Russian goals, and while Russia does not openly oppose Serbian EU membership, its political elites are clear in voicing their opposition to the eventual NATO membership. Alas, the fact is that the Russian influence is not present only in the Balkans. This becomes apparent with the fact that the National Front in France recently got a loan from Russia under rather easy terms. Moreover, some members of that party, such as Mr. Aymeric Chauprade and the party president Mrs. Marine Le Pen, openly proclaim that Serbia was unjustly attacked by NATO because it is a traditional Russian ally, among other things. The statements of this sort undoubtedly spread the flame of nationalism for which the Russians know exists in Serbia, and which needs to be fueled in order to reach the point of regional destabilization.

As far as the domestic political scene in Serbia is concerned, there are three Russian minority parties registered in the country: Stranka Rusa Srbije (Party of Russians of Serbia), Srpsko-ruski pokret (Serbo-Russian Movement) and Ruska stranka (Russian Party), while one is still waiting for its registration to be approved – Jedinstvena ruska stranka (United Russian Party). Additionally, there are traditional parties in the country that openly support turning towards Russia: Demokratska stranka Srbije (Democratic Party of Serbia, DSS), Srpska radikalna stranka (Serbian Radical Party, SRS), Pokret Dveri (Dveri Movement) and Treća Srbija (Third Serbia). While it is impossible to anticipate the electoral results of the smaller and minority parties, as they are more often than not excluded from the public opinion surveys, recent research indeed shows that the majority of Serbian citizens look positively upon a potential alliance with Russia. Therefore, the mobilization of the pro-Russian feelings should not be a problem for those parties. However, a problem that they will face is to connect that pro-Russian support with disengagement from the feeling of stability and prosperity that Europe offers, and which are not necessarily part of the pro-Russian discourse. In the case of the larger right-wing parties, such as SRS and DSS, as well as Dveri, it is almost certain that members of those parties will be elected to the National Assembly after the announced spring elections. Moreover, a survey conducted by Nova srpska politicka misao shows that after the prime minister Vučić, and his coalition partner from SPS, Ivica Dačić, Vojislav Šešelj is a political leader that enjoys highest trust of the electorate. This should make the voters, as well as other party leaders, wonder why is this so and how did it happen.

In conclusion, in the countries with a long democratic tradition, participation of the far right in the Parliament does not represent the defeat of democracy, rather the opposite, because those democracies are strong enough to withstand them. However, in a young democracy like Serbia, it is not very clear what would political consequences of the potential return of the right and far-right parties to the National Assembly be for the country’s European agenda. What is certain though is that the Serbian right-wing does not lack connections with its European partners, and that the support from Russia comes for all of them. Are the Serbian citizens ready to make an ideological choice and end their identity crisis after 3,5 years of indeterminate rule of Aleksandar Vučić and his government? We shall see on the 24th of April, most probably.

EU Western Balkans Strategy: On Named and Unnamed Elephants in the Room