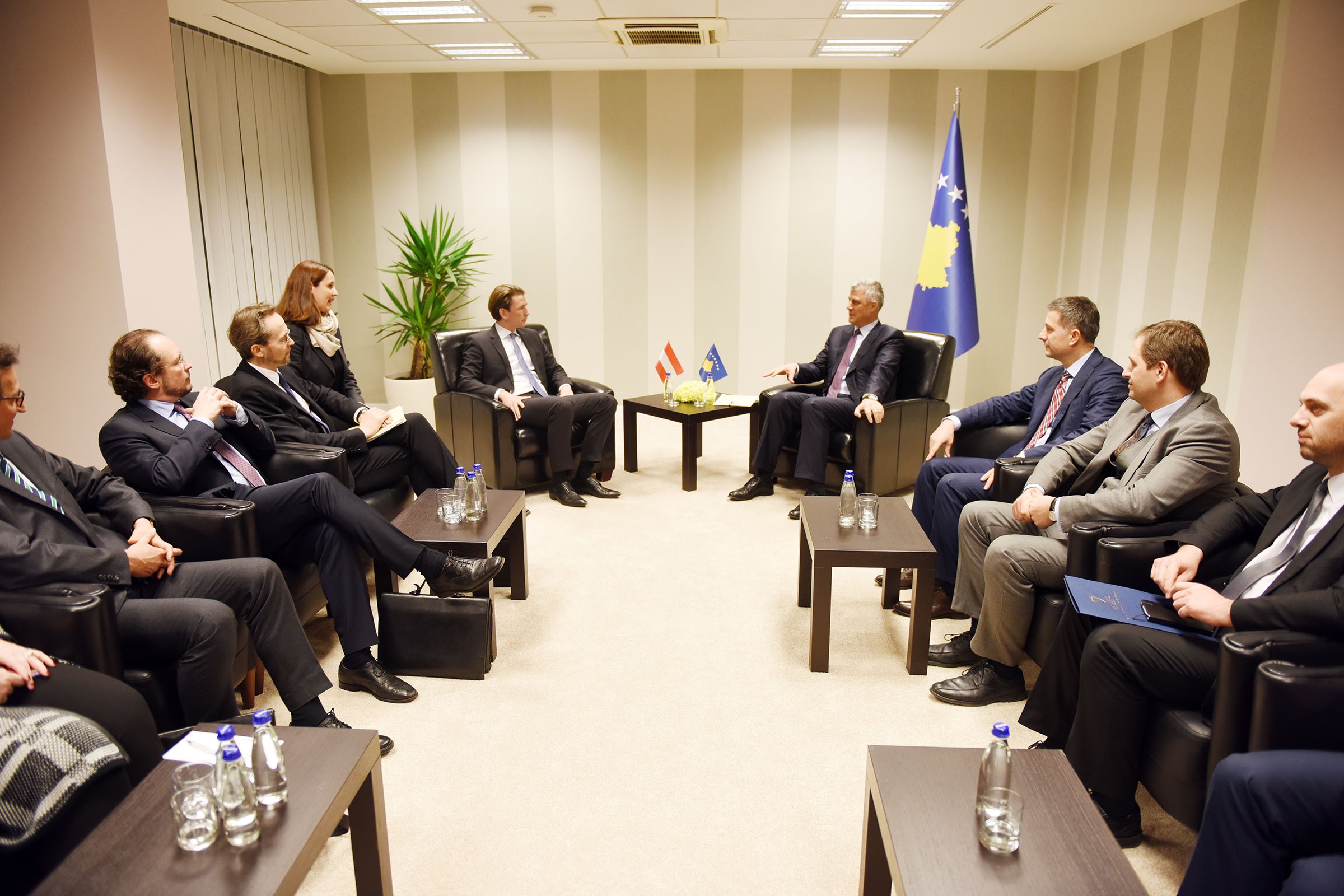 Deputy Prime Minister Thaçi expressed his gratitude to Austria for their support to Kosovo in its Euro-Atlantic path, its role within the EULEX and KFOR, as well as in overcoming the joint challenge of migrants’ influx.

“Minister’s Kurz visit to the region, at the beginning of each year, to confirm Austria’s interest for Kosovo and the region is welcomed, and I hope it becomes traditional”, stated Mr. Thaçi during the meeting.

Mr. Thaçi stated that Austria is among leading investors in Kosovo and among the most important partners in the economy and in education.

Meanwhile, the Minister for Europe, Integration and Foreign Affairs of Austria, Sebastian Kurz thanked Kosovo for its cooperation and commended the success achieved in overcoming the challenges of the migration influx through the EU countries. He congratulated Kosovo’s government for the progress made in the normalization of relations with Serbia within the Brussels dialogue.

Austrian Minister Kurz stated that Kosovo is going through a difficult political moment in the internal context, and invoked the entire political specter to overcome the situation within the institutions, through a democratic spirit and dialogue.

The Head of Austrian diplomacy emphasized that Kosovo needs internal stability and a clear European perspective, while Austria is ready to help in this regard.

Kurz said that Austria remains among the major investors in Kosovo.

During the joint press conference with Deputy Prime Minister, Minister of Austria, Kurz said that Austria supports visa liberalization for Kosovo’s citizens, and that Kosovo has contributed significantly in this regard through successful coping with the migrants’ influx, and that the last criteria remain to be fulfilled.

Austrian Minister Kurz encouraged Kosovo authorities to enhance their efforts to combat corruption and strengthen rule of law, which according to him, will bring Kosovo more investment in all areas.