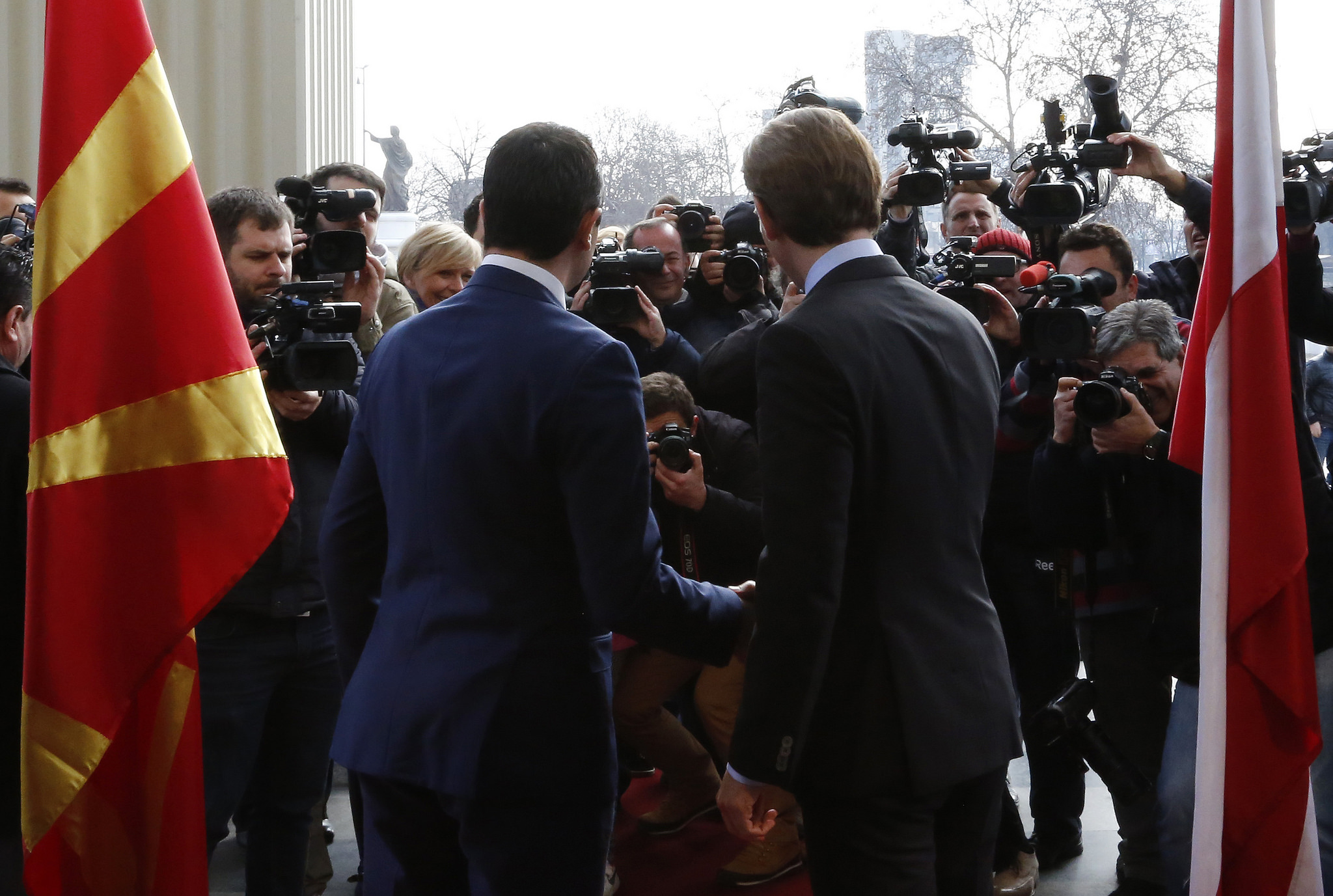 Talks between the two ministers focused on bilateral relations, Macedonia’s integration into the EU, but mostly on the migrant – refugee crisis.

“Everyone needs to do their part on their respective territory so that we can reach a result that will contribute to providing human treatment and controlled migrant flow. Macedonia implements all measures in coordination with our partners. We are grateful for Austria’s assistance in relation to the migrant crisis. We consider our cooperation with Austria extremely important”, said MFA Poposki.

MFA Poposki extended gratitude to Austria for its cooperation and support, but also for the assistance given to Macedonia in terms of equipment and police officers.

The ministers ascertained that mutual relations are on an exceptionally good level, not only from political but also from economic aspect, whereupon MFA Poposki accentuated that Austria is one of the biggest investors in Macedonia and the support extended by Austria contributes to the economic development of Macedonia.

In regard to the internal political condition, MFA Poposki welcomed the possibility of Austria observing the upcoming elections in order to have credible, fair and democratic elections, whereupon MFA Sebastian Kurz urged political parties to respect the political agreement and to ensure free and fair elections.

As part of the visit, both ministers also announced a 2016 Austria-Macedonia Action Plan with a series of activities and measures for bilateral cooperation between the two countries.