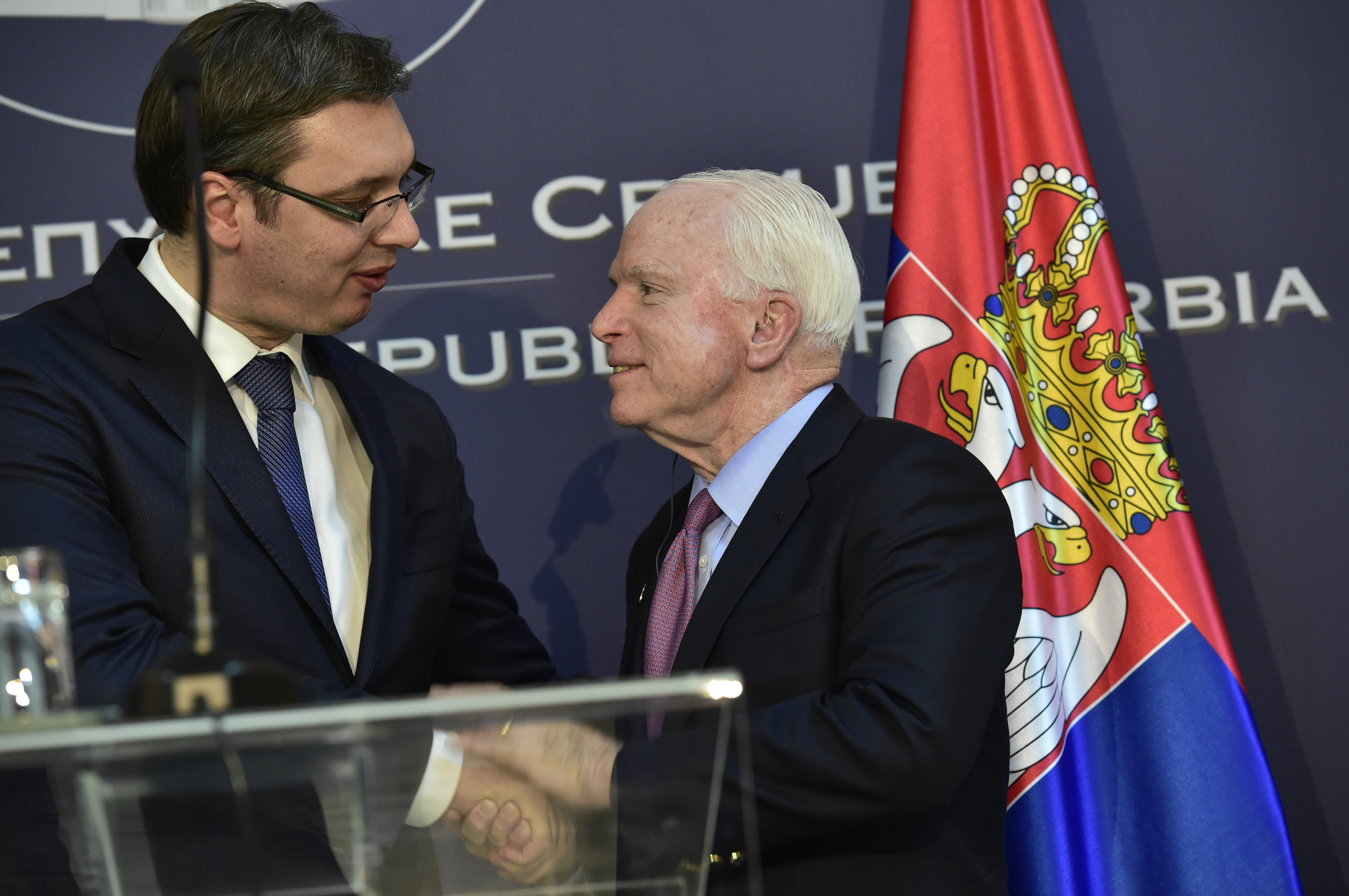 Asked how he sees Serbia’s military neutrality, its stepped-up military technical cooperation with Russia and potential NATO membership, McCain said that he is afraid that the Middle Eastern crisis will involve various peoples in one way or another and that, over time, Serbia will have an increasing role in humanitarian operations.

Anything more than that is something that Serbia and the Serbian people will decide on, he said.

Asked if the US policy will change after the presidential elections, he responded affirmatively.