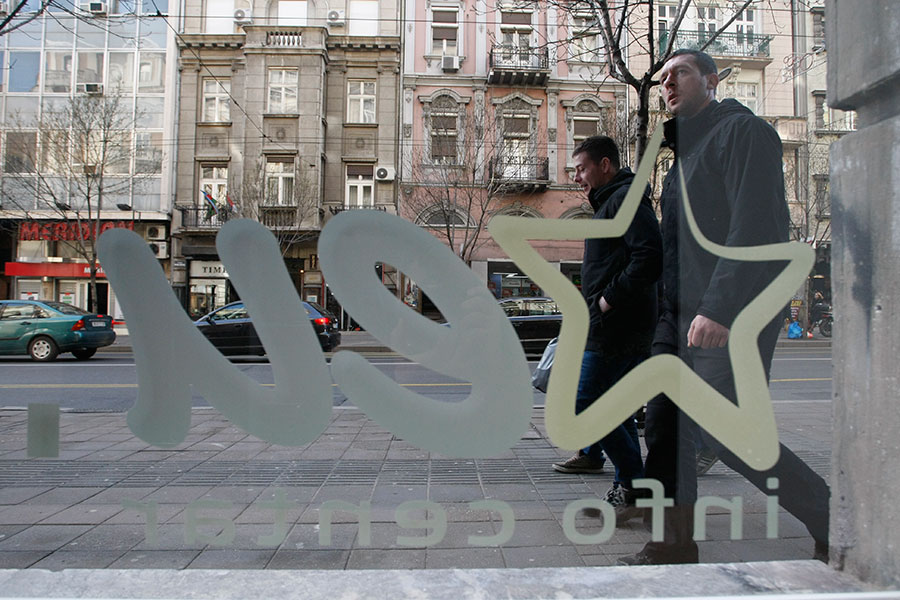 BELGRADE – Today, Head of EU Delegation to Serbia Michael Davenport opened new premises of EU Info Centre located in 7 Kralja Milana street. Addressing numerous officials, diplomats, associates and journalists, he said today’s event was an opportunity to take a break and recognise there was much room for optimism when it came to Serbia’s European path.According to him, Serbia has made its strategic choice and the EU is fully committed to making its pace on the European path as fast as possible, assessing that even though Serbia is facing many challenges it also accounts for many opportunities

“There is perspective to open new chapters in 2016 and we are working together with Serbia in facing the challenges ahead such as public administration reform, energy issues, environment and local self-government,” said Ambassador Davenport.

According to him, making Serbia’s achievements on the European path as tangible as possible is a joint responsibility.

Reminding that the EU Info Centre had been located in Dom omladine since 2011, Davenport thanked this institution for the hospitality in past years and added it became obvious the EU Info Centre needed a new, more recognisable place. He also said this part of town was know as “at London’s”, saying he hoped that EU Info Centre would be a good neighbour.

“We are witnessing EU’s dynamic presence in Serbia,” said EU Ambassador and reminded of EU offices in Novi Sad, adding that later in 2016, Niš would also have its EU space.

Minister without portfolio in charge of European integration Jadranka Joksimovic said that it was important to make communication strategy part of EU accession process along with its political and technical aspects.

“With 48 per cent of citizens being in favour of EU membership, I believe they understand it is necessary to undertake the reform process in Serbia, regardless of whether said process is one of the criteria of EU membership or not. The fact that European integration is represented publicly as an added value makes us act on our obligations in a faster and more agile manner,” Joksimović said.

She reminded that the EU is the biggest donor of grants in Serbia, allocated through IPA instrument, adding Serbia would receive nearly a billion euros in the next seven years for various projects.

“I expect to see chapters 23 and 24 opened by the end of June, followed by chapters 25 and 26, as well as chapters dealing with public procurement and industrial policy. Regardless of early elections and campaign, we will continue to do our part in the process of European integration in the technical mandate as well,” Joksimovic said.

President of Stari grad Municipality Dejan Kovacević said he was happy to know the EU Delegation chose that municipality for the location of the Centre, but he added he hoped that they would finish their work soon, because it would mean Serbia became a full-fledged member of the EU.

Director of Domaa design company Miodrag Trpković presented the timeline of construction works undertaken at the EU Info Centre and showed the process of turning a dilapidated space into modern, functional premises aimed at citizens who wanted to learn more about the EU, get publications published by the Centre and take part in events which would be organised at the Centre in down town Belgrade.

EU Info Centre Team Leader Ljubica Marković said main goals of the Centre were to inform and communicate, to be citizen-oriented and meet citizens’ needs for information and raise their awareness about EU’s activities in Serbia and Serbia’s key tasks on its path to Union membership.