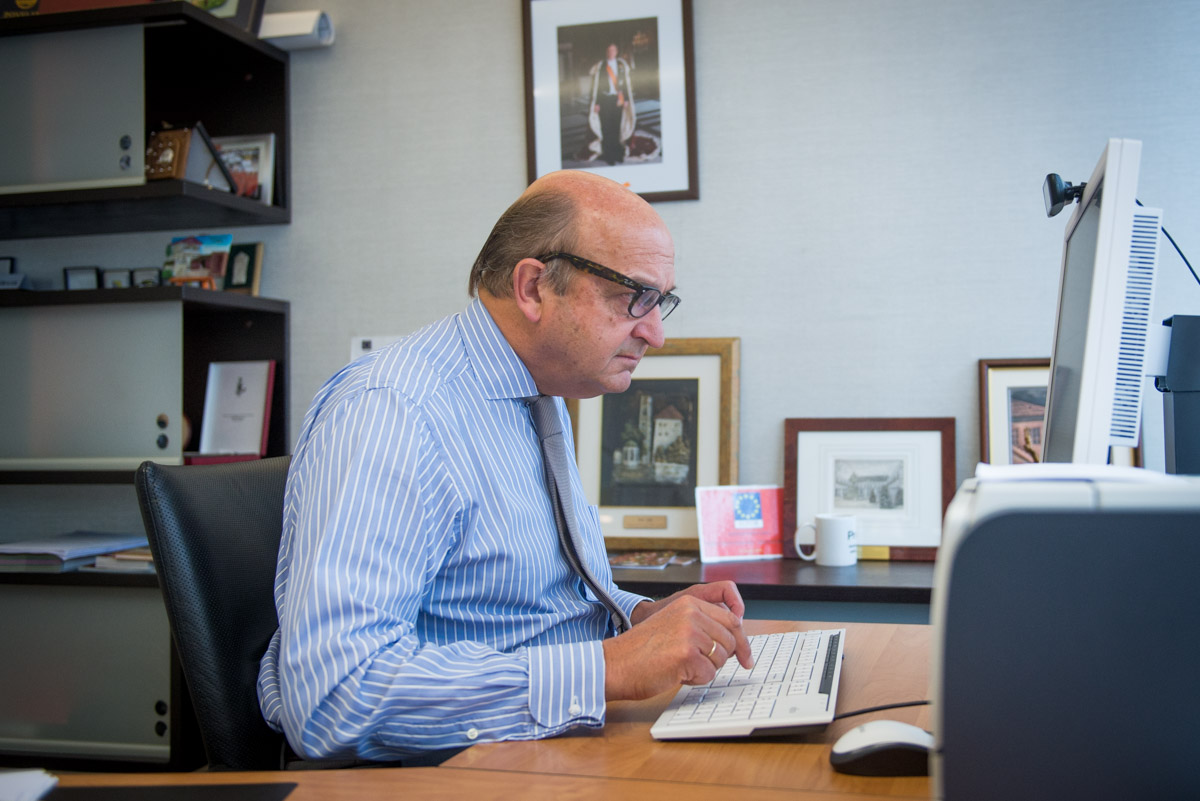 Today we will start with a series of interviews with ambassadors of EU member states under the title the Ambassador Series. We will speak with Ambassadors about topics of EU integration and the role of member states in the process of accession of Western Balkan countries to the European Union.

Interview: Ambassador of the Netherlands to Bosnia and Herzegovina, Jurriaan Kraak

In our first interview, we spoke with His Excellency Mr. Jurriaan Kraak, the Netherlands Ambassador Extraordinary and Plenipotentiary to Bosnia and Herzegovina. Ambassador Kraak had been in Bosnia and Herzegovina since September 2012, and we spoke with him in the light of BiH’s EU membership application and about the significance of the Dutch Presidency of the Council of the European Union.

European Western Balkans: Your Excellency, the Dutch Presidency will receive the membership application of Bosnia and Herzegovina on the 15th of February. What will be the next steps The Netherlands will officially do with the application?

Jurriaan Kraak: As president of the EU Council, the role of the Netherlands is that of a reliable and efficient mediator, an ‘honest broker’, who aims to reach compromise among the 28 member states that make up the Council, as well as between them, the European Commission and the European Parliament. It is in that capacity and in that role that the Netherlands will deal with Bosnia’s application for EU membership and other issues related to EU enlargement.

The Presidency and others have informed the government of Bosnia and Herzegovina that in the Council the necessary unanimity on this point is still lacking. This means that, at this moment, there is insufficient support for a decision to forward the application to the European Commission for analysis and advice.

Presenting the application for membership does not mean that Bosnia and Herzegovina will accede to the European Union on short notice. For that to happen, a potential candidate must fulfill many – stringent and rigorous – conditions. This will require fundamental reforms and will take many years. The application is an important step, but it is one of many in a long and demanding process.

EWB: Are you in favor of giving BiH a green light to proceed to the next phases of the integration process, namely forwarding the membership application to the European Commission for an opinion?

JK: The Netherlands Presidency cannot force a decision. However, we will remain seized of the matter; we will hold regular informal discussions with other Member States and with the European Commission to monitor to what extent there is support for a decision to move to the next step. We will act as an impartial – ‘honest’ – broker in handling the application in the further stages of the EU decision making procedures.

EWB: How do you comment on the positive developments on the EU integration path of BiH within the last months? From the perspective as the Ambassador to BiH, what is your point of view? Is there real substance and change on how the BiH political leadership is looking on EU integration?

JK: The will to reform is relatively strong today, but the dynamics that undermined earlier efforts are still in place: formidable vested interests can delay or derail reforms, while the complex, decentralized structures of government may thwart a coordinated implementation of the Reform Agenda. Bosnia is expected to present proof of tangible results in implementing the Reform Agenda. We recognize that progress has been made in the last year and that the Bosnian authorities have shown readiness to make steps forward in the EU integration processes. However, there is still much left to do – ‘meaningful progress’ is more than drafting laws and regulations, formulating action plans, launching strategies and writing rule books.

The relevant authorities of Bosnia and Herzegovina are well aware of the condition and preconditions that have to be met for the membership application to be judged credible. First and foremost: meaningful progress in the implementation of the Reform Agenda. In addition, the establishment of an EU coordinating mechanism and full adaptation of the Stabilization and Association Agreement between the EU and Bosnia to the change in trade relations since Croatia’s accession in July 2013 would greatly enhance the application’s standing and authority.

EWB: Bosnia and Herzegovina is significantly lacking behind when compared to other countries of the region. The majority of them sent membership applications years ago, while BiH had been rather reserved to take action. What is the best way to make up the lost time and chances?

JK: The next few weeks will tell, if the hesitant reform momentum, instigated early November of 2014 by London and Berlin, will be given the chance to develop into something like the race to cover lost ground, to catch up with the neighbors. It is very important for Bosnia and Herzegovina to convince its partners in Europe and an increasingly skeptical public opinion, that this time it’s different: now, BiH has what it takes to achieve prosperity – sustainable and evenly spread – for its citizens and can prepare to join the ranks of the European Union.

Because the EU Members States and the Commission will want to see that, finally, work on providing a more stable footing for the economy has started and that something is being done about the wrongs and inequalities within Bosnian society. By now, everybody knows what that means: a serious refit of the social system – too little money goes to people who really need it. Reduction of a bloated public sector – it is far too expensive for a country this size. Ridding state companies of political amateurs playing at being managers, lower taxes on labor, a flexible labor market, an improved transport infrastructure and energy efficiency are needed to unleash the potential of the private sector.

EWB: How are other issues currently at stake (for example, economic and refugee crisis) influencing EU’s enlargement policy from a Dutch point of view?

JK: I have mentioned it before: our role is that of a reliable mediator, an ‘honest broker’, who aims to reach compromise. As EU President, we will continue the work on all files that are on the table, including Enlargement issues. But looking at the European agenda, we expect to devote much of our attention to four issues that lie at the heart of Europe’s current challenges: migration and international security; a deeper and fairer internal market; a strong currency union; and a forward-looking climate and energy policy.

The Netherlands Presidency expects to be faced with unexpected challenges in the coming six months – most likely and most unfortunately: again refugee issues and again terrorism. Also, there are persistent worries about the Euro and a complex and fragile situation on the Union’s Eastern borders. They will put to the test some of the greatest achievements and results of 60 years of hard work on European integration. We will not let the atmosphere of crisis paralyze us, because we know that our Presidency will be judged by the way it handles these emergencies.

But we have to focus on the most burning issues of the day. That’s why my country decided not to present an ambitious list of possible ‘deliverables’.

To sum up: the Netherlands will work hard to chair a professional and effective, ‘no-frills’ Presidency. To be a reliable partner that can support the European Union in making tough decisions and implementing far-reaching, serious reforms. These will sometimes bring more Europe and sometimes bring less. But above all, they will bring a better Europe. A Union that can meet the expectations of its citizens. A Union that delivers. A Union that is future proof.

EWB: Your Excellency thank you for your time. We wish you very best in your work in Bosnia and Herzegovina.