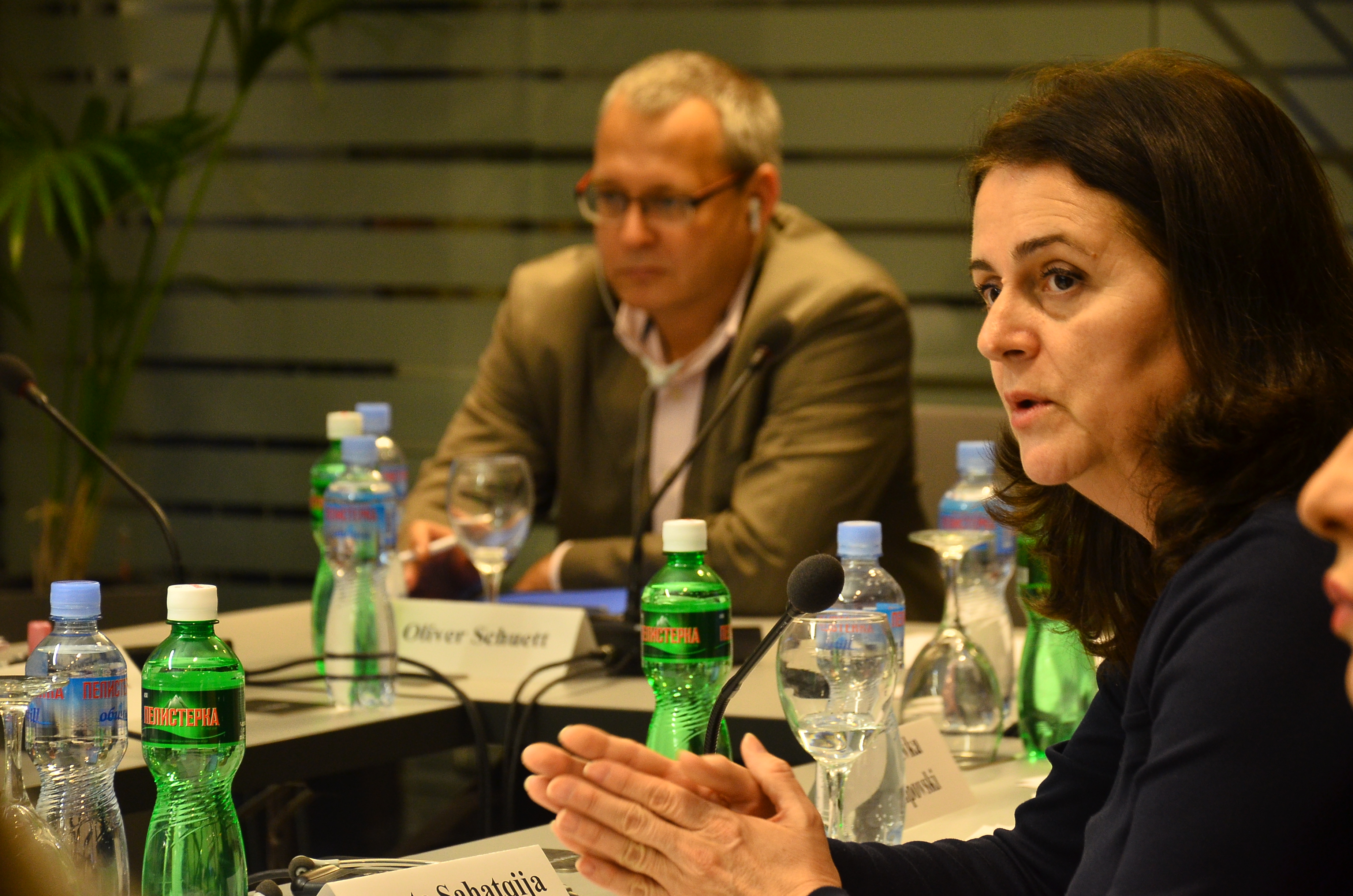 Participants of the ‘Follow Us' initiative supported by the OSCE Mission in Kosovo and OSCE Mission to Serbia, preparing the 2016 action plan to promote women empowerment dialogue, Skopje, 13 February 2016. (OSCE/Fitim Xharra)

SKOPJE – The first meeting of the ‘Follow Us’ Initiative for 2016, facilitated by the OSCE Mission in Kosovo and the OSCE Mission to Serbia, took place in Skopje from 12 to 14 February 2016. The meeting brought together 18 prominent women working in politics, media, academia and civil society from Pristina and Belgrade, to take stock of achievements and plan future activities.

The participants reviewed the initiative’s successes such as the Dialogue Academy for young women from Belgrade and Prishtinë/Priština, and the promotion of the dialogue through the ‘Follow Us’ documentary. They recognized the importance of furthering the inclusion of more women in this process in order to expand the dialogue across different sectors and agreed on an action plan of concrete activities for 2016. Additionally they developed longer-term frameworks for action in key areas affecting women’s lives and equality.

In a joint statement, the members of ‘Follow Us’ Initiative said: “We agreed to implement joint activities in the following areas: economic empowerment of women, gender in education, prevention of gender-based violence, political participation and representation of women at all levels, engendering media and the portrayal of women in media and public life, and promotion of dialogue among youth.

We also reconfirm the importance of dialogue and co-operation and highlight the contribution of women to it by taking concrete steps to bring the two societies closer together.”