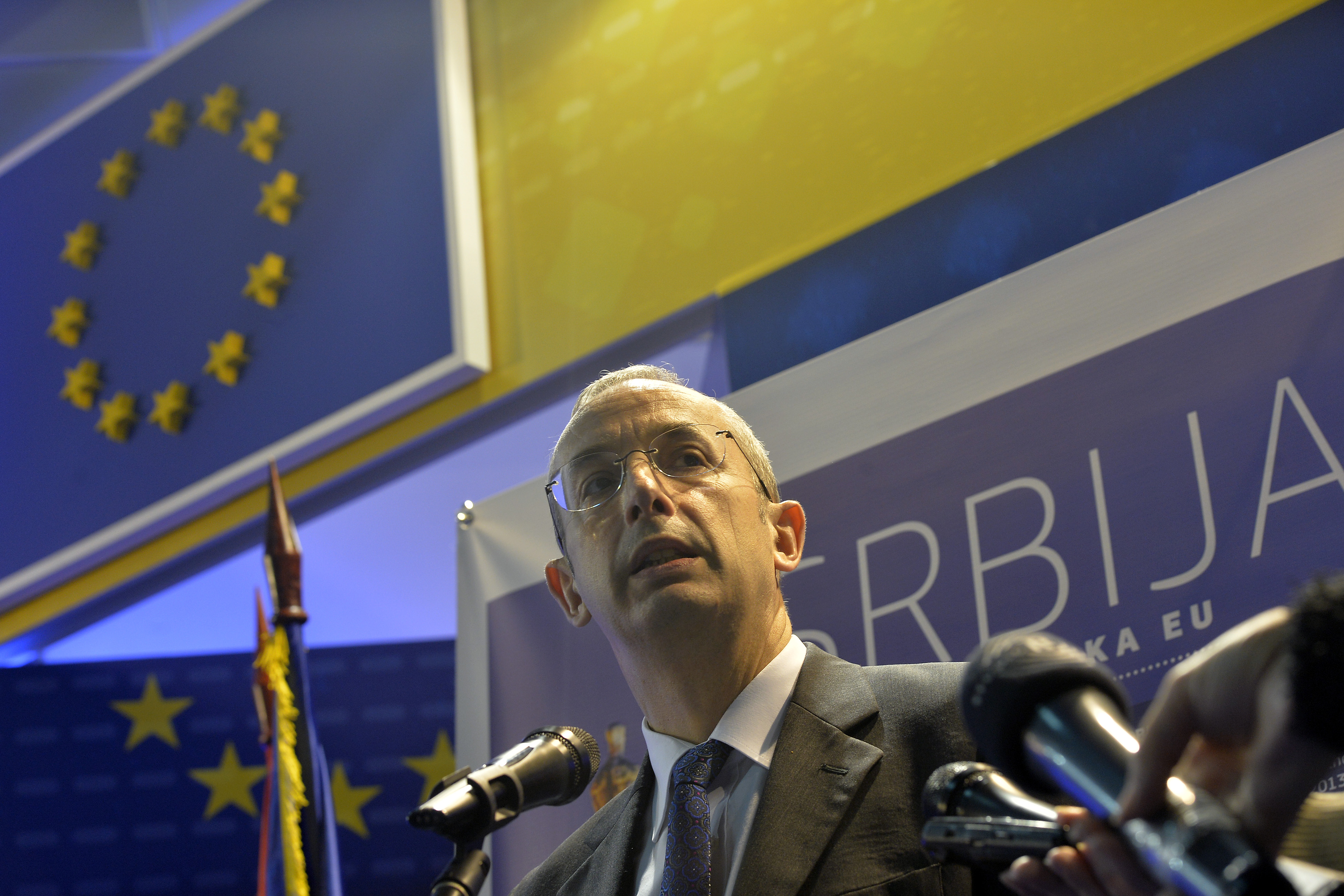 BELGRADE / NOVI SAD – Head of EU Delegation to Serbia Michael Davenport said in an interview with Radio Television of Vojvodina that current Brussels talks on tackling migrant crisis were not about the closure of EU borders, but their more efficient management. Making appearance on “Pravi ugao”, he described announcements about the possible suspension of Schengen area as irresponsible because measures taken did not affect citizens of countries in this area. Davenport also said that cooperation between Serbia and International Criminal Tribunal was extremely important to the EU.

“Migrant crisis will be the topic of discussion in the EU. Not in terms of closing the borders, but making the management of Union borders more efficient. We have noted certain issues in this area in a number of EU Member States and it is time we improved the management of borders and applied EU legislation more efficiently,” Davenport said.

He assessed that in the previous months Western Balkans countries increased coordination and communication in addressing these challenges.

According to him, Europe is currently facing the biggest post-World War II crisis and the only possible solution to it is a common EU policy which, thus far, has not been reached. However, he is convinced the solution would be found.

EU Ambassador to Serbia believes it was a good thing that Serbia was fully engaged in crisis discussion.

“Serbia is participating fully in this discussion and understands what it is about. And as far as quotas go, being a candidate country it is not obliged to take part in this segment, even though Prime Minister Vucic said the country was ready to take that step as well. Further discussions are yet to show the specific meaning of this claim,” Davenport said.

“When it comes to Chapter 35 dealing with Kosovo*, commitments assumed are also awaiting to be delivered on”

Asked about the state of play in the EU integration process following the opening of the first chapters and whether there were any standstills on that path, he said today saw another round of talks about the Chapter 32, dealing with more efficient control of public finance.

“All obligations should now be fulfilled in order to enhance financial control. Also, when it comes to Chapter 35 dealing with Kosovo, commitments assumed are awaiting to be delivered on,” he said.

He said that in this regard, late January saw the adoption of a new agreement about higher education diplomas that needed to be implemented. The same goes for the rest of Brussels agreements, including the creation of Association of Serb municipalities.

Asked whether Kosovo opposition is right saying they managed to break the deal on the creation of said Association, Davenport described the agreement as an important segment of Brussels talks and added the EU would insist on its implementation.

“Association of Serb municipalities is indeed a highly important obligation within Brussels agreements and its implementation is necessary,” said Ambassador Davenport.

He said that both sides needed to implement the agreements reached given that mutual implementation of all agreements was the underlying principle of Brussels talks.

“Certain progress has been made in various areas, and only through the dialogue can the progress be made as regards the Association of Serb municipalities. This is a clear obligation that must be met. On the other hand, our obligation is to insist on it. Also, further progress in the dialogue will depend on both sides’ readiness to pursue the agreed agenda,” said Davenport.

“Cooperation with international courts is highly important to the EU”

Asked whether Serbia’s EU path could be blocked by International Criminal Tribunal’s request asking Serbia to arrest three members of Serbian Political Party and extradite its leader once the verdict has been pronounced, Ambassador said: “I hope not.”

“Cooperation with international courts is highly important and the EU has made clear on several occasions that this cooperation has so far been good. This assertion is and will continue to be based on the Report made by Chief Prosecutor Serge Brammertz,” said Head of EU Delegation to Serbia.

Davenport, however, said that the issue of war crimes was very important and made part of the Action Plan which required the appointment of a new war crime prosecutor. He thinks that ongoing issues regarding the cooperation with the Tribunal should not delay the opening of new chapters.

“There are certain challenges and obstacles, but I am convinced we will manage to overcome them,” Davenport said.

Commenting on years-long delay in adopting the law on Vojvodina financing, Davenport said that in its reports, European Commission insisted on resolving this issue, because this was about exercising the right enshrined in the Constitution of Serbia. In other words, this issue is about meeting a constitutional obligation.

“This is why European Commission has been stressing this particular issue in its reports on Serbia for the past five or six year. Unfortunately, this is nothing new,” he added.

As he put it, European Commission’s remarks regarding the state of freedom of speech and media also implied there was room to improve Serbian media landscape.

“That is why we have made a recommendation to create better condition for the freedom of speech and media. We expect active engagement of all parties concerned, including the Government and professional associations,” said Ambassador Davenport for RTV Vojvodina.

Statement by the Spokesperson on the latest developments in Kosovo