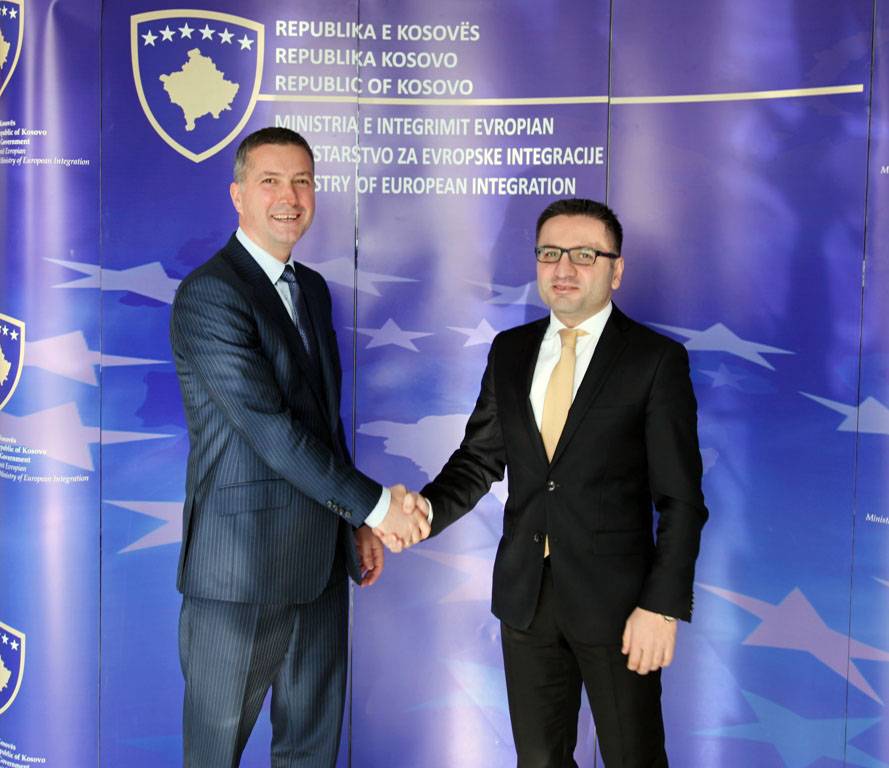 The Minister of European Integration, Mr. Bekim Çollaku and the Deputy Prime Minister of Macedonia for European Affairs, Mr. Fatmir Besimi, have signed the Cooperation Agreement for EU integration affairs, whereby is envisaged the cooperation between both countries in some important fields related to the European integration.

On this occasion, Minister Çollaku estimated that “the exchange of experiences, information and various publications between both countries through this agreement not only accelerates the integration for both parties but at the same time strengthens further the excellent cooperation between our countries”.

Moreover, the Deputy Prime Minister of Macedonia, Mr. Fatmir Besimi, considered the agreement concluded between the Republic of Kosovo and Macedonia as very important, stating that “the exchange of experiences in the field of European integration is very important for our citizens who consistently give support to this process, making thus our region stronger”.

This agreement envisages the cooperation of both Governments in the field of harmonization of national legislation with EU legislation and the implementation of this legislation; establishment of institutions and administrative capacities necessary in the integration process; translation of EU legislation; coordination of foreign assistance, especially maximizing the efforts of using the EU financial instruments, as well as the communication strategy of the European integration process with the general public.

The agreement will be valid for an indefinite period, namely until the integration of both countries in the European Union.