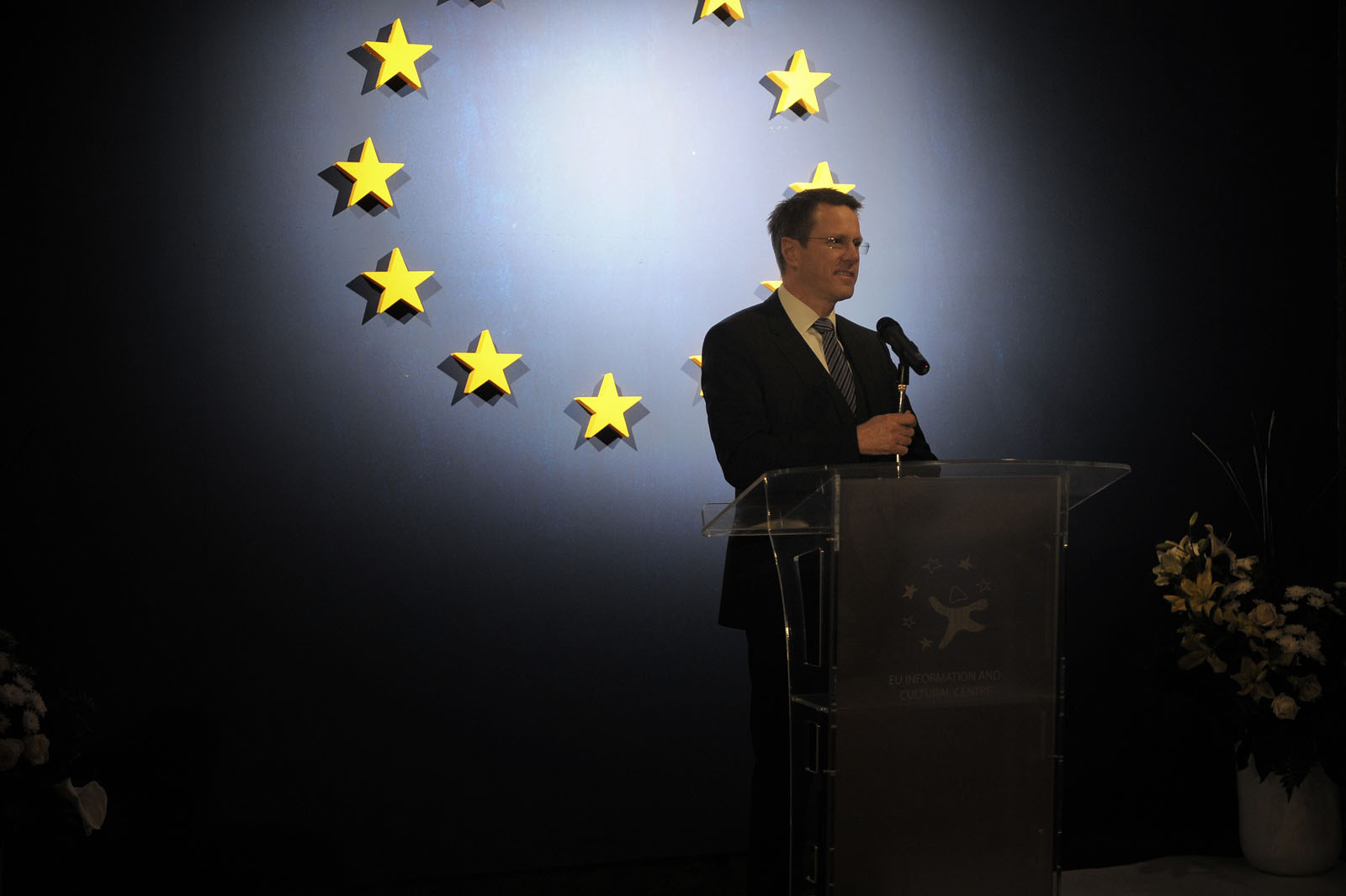 PRISTINA – Last days are very dynamic in a political way in Kosovo. We have asked H.E. Mr. Samuel Žbogar, head of the EU Delegation in Kosovo to give us few words on the current political situation.

Mr. Žbogar said that they are concerned with the ongoing political crisis in Kosovo and where it might lead Kosovo and its people in the future. “Political stability is a precondition for economic development, visa liberalisation, normalisation process, as well as implementation of European reforms and the SAA”, he said.

“We believe that Kosovo has reached a stage when it should prove that it is able to deal with its issues by itself. The government and the opposition should find a way to sit around the table and engage in a political dialogue in the interest of Kosovo people, and try to find a democratic way out which would allow Kosovo to move forward”, Mr. Žbogar added.

At the end, he concluded that they need them to join forces and get Kosovo on the path of a stronger economic development, to put Kosovo first, and to work on improving economy and the rule of law, and creating opportunities for new jobs. “We call for a political dialogue with clearly defined ambitions and goals. The EU stands ready to support this process in any way deemed necessary and helpful.”

There is a need for a growing culture of regional cooperation

Basha meets Mogherini: Without technocrat govt. opposition is unlikely to return to parliament