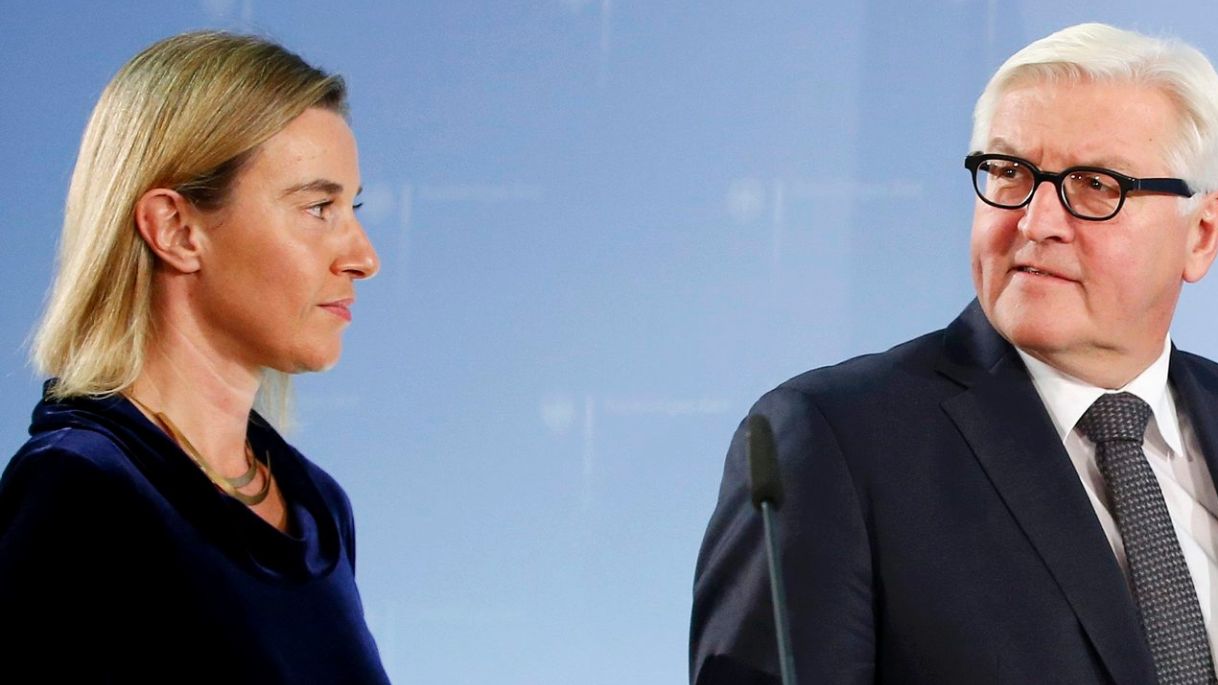 Today marks a new beginning. For Kosovo, for the Balkans, for the whole of Europe.  After four years of hard work – by both Kosovo and the European Union – the Stabilisation and Association Agreement between Kosovo and the EU enters into force.

This is the first ever comprehensive agreement between Kosovo and the EU. Fifteen years after the war, it confirms Kosovo’s clear European perspective, and confirms Europe’s clear engagement with Kosovo. Everyone in Kosovo and everyone in our Union will benefit from a stronger Kosovo in a more stable region.

The Stabilisation and Association Agreement creates the conditions for attracting investments and creating new jobs in Kosovo. It provides more legal certainty for businesses and citizens, helping eradicate corruption. And it creates the conditions to improve the professionalism and efficiency of public administration, to better serve everyone.

The Kosovars see their future inside the EU. In difficult times for our Union, this Agreement reminds us of the European project’s enduring appeal. The dream of a truly united continent is strong – even more so in these difficult times.

It is a dream made of democracy and rule of law. Kosovo deserves a functioning Assembly, zero tolerance on corruption, and everyone treated equally before the law. And only together can we help each other build more democratic and just countries for all.

It is a dream made of economic growth, and affordable quality health services. It is a dream where all students can enrol in universities on an equal basis and get access to the same high standards of teaching. Kosovo deserves all this. Its people deserve to travel freely across Europe, and we look forward to that day. Now it is important to fulfil the few remaining conditions.  The young generations of Kosovo are the young generations of Europe.

But for a better future tomorrow, Kosovo’s leaders need to take good care of today.  The fight against corruption and organised crime, the independence of the judiciary, the accountability and transparency of public administration are still huge challenges. Kosovo’s success in these difficult tasks would be our success, too. We will do all we can to support these reforms every step of the way, for a bright and prosperous future for all.

But change will not happen without serious commitment from all parties. Kosovo won’t make it if political fights and score settling count for more than common success. Violence leads nowhere: it only reopens old bruises and scars, and pushes the country backwards. Leaders from both government and opposition must put Kosovo and all its citizens’ expectations first.

All European democracies have experienced extreme partisanship and standstill: making a conflictual democracy work is no easy task. But when a country’s fundamental choices are at stake, there is no alternative to engaging in a spirit of mutual respect. It is the only way out of the current crisis, in the interest of the people of Kosovo. Time is of essence here. The current situation is holding Kosovo back.

Kosovo has taken giant steps forward in the past few years. The EU-facilitated Dialogue with Serbia would have been unthinkable until very recently. A number of sensitive issues have been dealt with in the Assembly and in the Government in the past year. Sometimes decisions seem too difficult. Sometimes results seem too slow. But they are in Kosovo’s best interest and they are making Kosovo stronger, because they allow Kosovo’s institutions such as police, customs and the judiciary to fulfil their role in the municipalities in the North as well. It is thanks to the Dialogue that all of Kosovo’s inhabitants are able to travel to and through Serbia. More improvements for the life of citizens are in preparation, such as the allocation of a dialling code to Kosovo.

We understand very well the difficulties between Kosovo Albanians and Kosovo Serbs in relation to Dialogue agreements, especially on the Association/Community of Serb majority municipalities in Kosovo. “Unity in diversity” is very hard to achieve – as our Union knows all too well. But European history tells us how strong a society can become when it completes this difficult process. Unity needs leadership and vision, patience and determination, but it delivers. And this is what truly matters for Kosovo’s citizens.

Kosovo and the EU share many of the same challenges, from migration to terrorism. We have seen too many of our youngsters joining terrorist groups in Syria and Iraq. The fight against radicalisation is one we can only wage together: no country is immune, and we all have much to learn from one another. We cannot waste time. Both the refugee crisis and the threat of terrorism call on us to work very closely together. It is a powerful reminder of the urgency of advancing on the European integration path.

Today is an important day for Kosovo and for our Union. A day for congratulations and celebrations, but also for planning further steps. One of our next common projects is to conclude a framework agreement to allow Kosovo and Kosovo’s people to take part in EU programmes and agencies.

There is so much we can and must do together. Your strength is our strength, your success is our success. The path might be difficult and long, but we all know where it leads: to a truly united Europe, with Kosovo and the Balkans at its core.