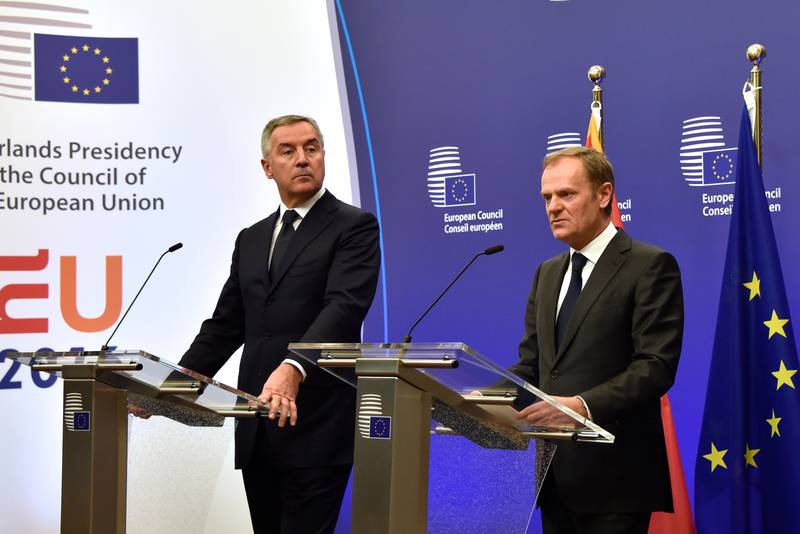 As a result of internal frictions, refugee and economic crisis, major changes and a lack of cohesion can be noticed when it comes to EU enlargement policy, according to Adelina Marini, editor in chief of Euinside portal. In her article, EU is going the route of “Titanic”, the author analyzes a turn within the EU enlargement policy in the past few years , assessing it as the “weakest and least perspective community policy”.

In line with the statement of the European Council President Donald Tusk, that Montenegro is a frontrunner in the enlargement process, Marini concludes that this country is the only candidate having normal negotiations with the EU at this point. At least formally, Montenegro can be considered a positive example in the region, with 22 negotiating chapters opened and two of them provisionally closed. However, in the author’s opinion Montenegro is actually showing minor progress. Referring to the words of the Commissioner for Enlargement Johannes Hahn, Marini highlights that Montenegro has not only failed to resolve issues concerning rule of law, organized crime and corruption, but it is also dealing with a serious political crisis. Furthermore, the situation has deteriorated with the official invitation to Montenegro to join NATO, when pro-Russian parties started organizing mass street protests. Thus, alignment with EU’s foreign policy can clearly represent another political problem to Montenegro.

Considering Serbia, the biggest challenge certainly is the negotiating chapter 35, Relations with Kosovo. The author states that until the issue of Kosovo remains unsettled, Serbia will not be allowed to join the Union. Chapter 35 represents a great obstacle since Serbian Constitution claims Kosovo is the part of its territory and on the other side, EU has signed stabilisation and association agreement with Kosovo. Moreover, there are still five EU member states that have not recognized Kosovo.

Another issue hindering Serbia on its European path is the blockade of chapter 23 by neighbouring Croatia, due to the lack of cooperation with the Hague Tribunal in the case of Vojislav Šešelj. Marini argues that this situation represents a challenge not only for Serbia in opening one of the crucial chapters, but for the Union itself. On one hand, EU and its insitutions should support the Tribunal, thus not backing Croatia on this issue could seriously diminish its credibility. On the other hand, decision to back up Croatia can lead to a further alienation of Serbia. Moreover, according to Marini this scenario could lead to Serbia being “thrown in the enlargement closet, where Macedonia has been decomposing for 10 years now”. However, Bulgaria and Slovenia, although stating there are certain problems (e.g. Bulgarian minority in Serbia), believe that it is in the common interest to resolve these issues in a constructive way in which negotiation process would not be stalled.

When it comes to the case of Turkey, negotiations have been practically frozen for years until the refugee crisis, when EU agreed to revive its accession process. Consequently, Chapter 17 “Economic and monetary policy” was opened in December, and another one is expected to be open by June. Nevertheless, there is another difficult country, Macedonia, with problematic bilateral relations and unsettled disputes with countries from the region.  Finally, a referendum in Great Britain, concerning the remaining of this country in the EU will certainly affect the EU as a whole, and therefore its enlargement policy.

Adelina Marini highlights that the EU enlargement policy needs a revival and even a restart. Undoubtedly, the process “will remain in a waiting mode until the situation is stabilised and it becomes clear what will remain of the EU and how will it continue forward”.

You can read the full article at http://www.euinside.eu/en/news/eu-enlargement-is-following-the-route-of-titanic

What the EU Enlargement Strategy should include and why