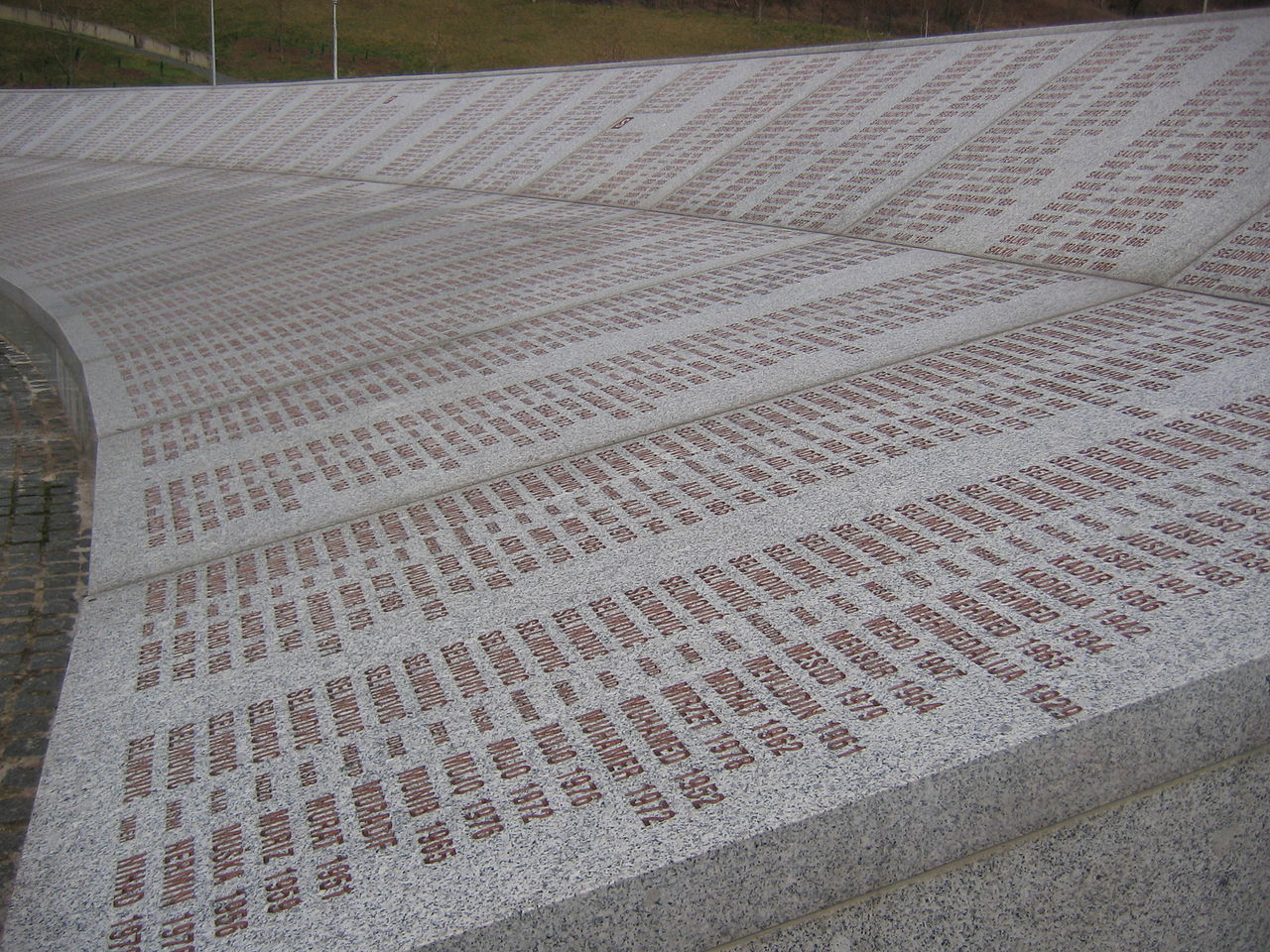 The recent ICTY verdicts, and in particular the acquittal of Vojislav Šešelj, are controversial. Part of the public opinion in Bosnia and Herzegovina may think that the condemnation of Radovan Karadžić to 40 years for war crimes and genocide, is too little. Others may think that this is another piece of evidence that the ICTY is biased against the Serbs. Nevertheless, Šešelj’s acquittal opened the doors to widespread indignation, without anyway changing the opinion of those who believe that The Hague is part of some sort of anti-Serb conspiracy. Can those verdicts effectively impact over the reconciliation process in the Western Balkans? Or should we suppose that the reconciliation pass through different ways? Perhaps the recent history could be illuminating.

Today, there is a problematic narrative rooted in the Balkans and beyond, that all the sides of the conflicts, in the Yugoslav wars of the 1990s, bear the same responsibilities. This way of thinking, that everyone is entitled to claim to be a victim, is a factor creating confusion about the responsabilities of the break out of the war in 1991. Indeed, this narrative is a smoke screen behind which to hide the mechanisms of the conflict. This, of course, does not mean that the civilians of each conflicting side suffered, at varying degrees, during the war, once it started.

The paradox of the Yugoslav dissolution and wars, is that it all started with different claims for justice, and complaints against various forms of discriminations. During the 1980s, after decades of a relatively liberal authoritarian regime, many troubles emerged, both in the life of the regular citizens and on the agenda of the politicians. Unemployment, inflation, distrust toward the political elites, and a general socio-economic crisis characterized that decade, leading in the second half of the 1980s to widespread strikes and protests. But, parallel to those issues of social justice, others spread into the country.

After the death of Josip Broz – Tito, the activities of the “dissidents” grew constantly, especially in Serbia and in Slovenia. One common thread in the proto-opposition field, it was a harsh criticism of the official symbols, rhetoric and history, and about the partisans role during the Second World War. Tito’s regime opted not to discuss openly about the war, probably thinking that not to talk about the wounds, still alive in the private and family dimensions, would heal them. Whatever the reasons may have been, the monolithic and official truth of the socialist regime gave the pretext to revise the recent history, as did both intellectuals such as Dobrica Ćosić in Serbia, or Franjo Tuđman in Croatia. A new counter-narrative grew among the dissidents circles, in order to counter the “brotherhood and unity” official leitmotiv.

In the Serbian counter-narrative, endorsed by many influential intellectuals, the Serbian people was depicted as victim of injustice. That meant that Tito’s regime betrayed the Serbs in Yugoslavia, because it put them, according to this interpretation, in an uncomfortable and second rate position. One of the main culprits, following the thought of the Serbian intellectuals, was the 1974 Kardelj’s Yugoslav constitution, because it gave too much power and autonomy to the Serbian provinces of Vojvodina and Kosovo.

In the meantime, at the grassroots level, the interweaving of social problems with perceived or real discriminations, brought on the surface, once again, the solved, but not yet resolved, problem of the nations and nationalities in Yugoslavia. The first shock wave came from Kosovo in 1981 when the local Albanian population demanded what they deemed it was their own right: to upgrade the status of Kosovo from province to that of republic. Of course what they wanted was considered a taboo, because it went totally against the feeling of the Serbs, that thought that the Albanians already had too much power, since Kosovo was an integral part of the federation and a state in the state.

The Serbs and Montenegrins of Kosovo, as a result, protested against the discriminations they suffered in their daily life because of the Albanians, that allegedly pressured them to leave the province, and to sell their homes. Indeed, tens of thousands of Serbs left between the 1970s and the 1980s Kosovo, and their cause was first endorsed by the Serbian dissidents intellectuals. At the same time, the authorities in Pristina, declared that in most cases the motivations that lead the Serbs to leave were in first instance economic, because the local economy was affected by underdevelopment. While the controversial term of “genocide” of the Serbian people in Kosovo was already adopted by the top leader of the League of Communists of Serbia in the middle of the 1980s (as did for example Ivan Stambolić during one of his visits to Kosovo in 1985) it was not until 1987 that the new young leader of the Serbian communists, Slobodan Milošević, made Kosovo Serbs the top priority of his political agenda. Furthermore, the Serb intellectuals in the second half of the 1980s, brought the accusation to a different level, because some of them claimed that even in Croatia the local Serbs were suffering “cultural genocide”.

Of course, during the 1980s in Yugoslavia, the topic of being victim of some injustice, was not just a prerogative of the Serbs or the Albanians. The Slovenes, for example, thought that they were economically exploited by the rest of the federation. A similar feeling was evident in Croatia, still a “silent republic” after the trauma of the suppressed Croatian Spring in 1971.

So, by the end of the 1980s, Yugoslavia, a union of 6 republics and 2 provinces, shaped in the form of a quasi-confederal state, afflicted by deep economic problems, became a fertile ground for controversial claims of justice. The political elites, deeply entrenched at republican level, since the last federal constitution, did not enough to reconcile those claims of justice. On the contrary, some of those leaders, poured oil on flames. The distrust among the various republics, by the end of 1989, came to astonishing levels. The media became just a hate propaganda machine.

The first communist leader, after the death of Tito, that endorsed explicitly a national cause with an almost unchallenged success, was Slobodan Milošević. His Antibureaucratic revolution (1988-1989) broke the old schemes of power and deeply undermined the relations among the Yugoslav peoples. Still in 1990 he was contrary to the introduction of the multiparty system, because he thought that the Albanians in Kosovo would form a sort of national party and declare independence. He tried to revive the legitimation of his power through national euphoria, through national homogenization. In fact him and his allies were essentially deflecting the attention from the real problems, the economic crisis, the unemployment. Milošević’s rhetoric put for years, in first place, the topic of the rights of the Kosovo Serbs and the position of Serbia in Yugoslavia. He claimed justice for Serbs and Serbia, but in the end his policies brought hate, fear, and an avoidable war. And, of course, new, bigger injustices.

So, the political elites, in the last years of Yugoslavia’s existence, endorsed the nationalist discourse because they thought it was the best way to obtain new popular support. The media served as megaphone to that purpose. The first episodes of violence in the first months of 1991, in the Serb populated area of Croatia, made the rest. But the paradox is that the Serbian president claimed to defend the Serbs in Yugoslavia, because they were victims of injustice. In order to achieve that, he was ready to wage a war for the sake of the Serbian people, as Milošević said already in March 1991.

So, at least two levels of analysis should be taken into account. The first is the fact that the unsolved traumas of the Second World War, prepared the ground for destructive claims by the dissidents. The second is that the very concept of justice was abused by the former communists in Serbia and, as reaction, also in other republics. Then, while in the name of justice, the war could not bring nothing more than fresh, bigger traumas, and new needs for justice and truth. Basically all the socio-economic problems were put under the carpet. Finally, most of the political elites remained for a long time in power, or still they are.

This is the full circle. All started with the need for justice, and its abuse produced more crimes and more needs for justice, and more need for reconciliation. That’s why from Šešelj’s acquittal (as well as other controversial cases in The Hague) it would be naïve to expect that it may start a positive trend in the reconciliation, especially considering the content of the judgment.

History should teach us that the need for justice may lead, if mismanaged, to even greater injustice. That is the case of former Yugoslavia. After less than 20 years from the end of the last open conflict in former Yugoslavia (Macedonia, 2001), those countries should cope more frankly with their past, but this process is far from being achieved. The most important process of reconciliation would be to recognize, in each community and state, its own mistakes and responsibilities, and to share them at public level, in the institutions, at schools and so on. However, what is still happening, in the region of the former Yugoslavia is often a process of public denial of its own faults, responsibilities and crimes, sparing the blames just for the neighbours.

Therefore the ICTY can’t be a substitute of such a process of regional reconciliation. But the narratives that systematically deny the wrongdoings of its own country, and the narrative that imply that the blame should be shared equally by everyone, are hard to challenge. It is so because it would undermine the myth that legitimate the political elites that shared those responsibilities in bringing Yugoslavia to the breakup and the war, and because those same politicians, or their epigones, are still in power.

The long path toward reconciliation can’t be imagined as a sudden turn, after a verdict of a single person. It would rather be a joint effort of the European Union and the civil society in the Balkans, in order to support activities that denounce the mistakes of the past without any bias, and prepare the ground for a shared and cooperative future. Notwithstanding the many problems, there is still a margin for optimism, since the political leaders in the Western Balkans, especially if compared with the recent past, opted for the dialogue and not for pointless confrontations.