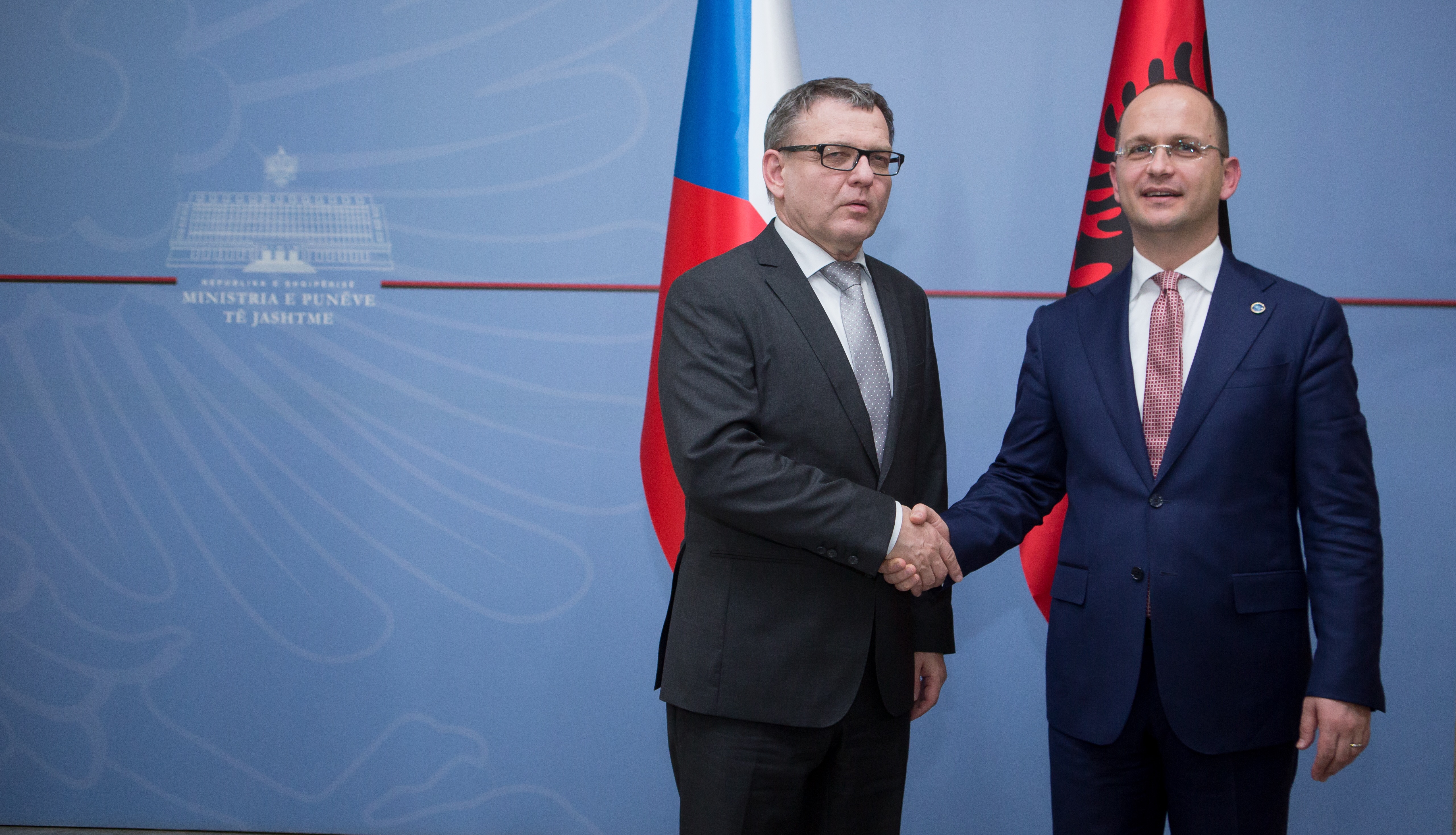 Last week the Foreign Ministers of the Western Balkan countries (Albania, Bosnia, Kosovo, Macedonia, Montenegro and Serbia) and the EU Commission met in Durrës, located on the Adriatic coast of Albania, to streamline their cooperation as the region looks to enhance its EU accession agenda.

Over the past two years the region’s focus has been on the joint development of concrete connectivity projects with the support of the Berlin Process framework of annual Western Balkan summits initiated by Germany in 2014 to accelerate the EU accession process of the entire region.

Meanwhile, given the increasingly fragmented climate over Europe’s capacity to successfully overcome its current challenges, the EU’s enlargement agenda could lose its momentum. There is indeed a risk that the spillover effects of Europe’s mix of economic, migration and security crises could fuel further instability in the Western Balkans where crucial state-building processes and reforms are still underway.

As the Czech Republic holds the Presidency of the Visegrad Group, its participation in the Durrës meeting went beyond mere symbolism. A few years back, the V4 countries decided to use their collective leverage, as successful new members of the EU, to help the Western Balkans become a true region in political, economic and security terms.

That commitment has already started to bear fruit. In November 2015 in Prague, the Western Balkan countries signed the agreement on the establishment of the Western Balkans Fund, a regional fund to be based in Tirana following the successful model of the International Visegrad Fund. The launch of the WBF was a further proof that bilateral obstacles in the Western Balkans inherited from the 1990s can be overcome if political will is matched with the right instruments and the right support. Besides offering the expert assistance to facilitate the WBF’s start of operation, the Visegrad Group committed in Prague to exploring, together with the Western Balkan partners, further possibilities for the V4-WB6 cooperation.

Regional Cooperation is both a key condition towards achieving full EU accession and a stepping stone towards improving trade relations and state-building credentials of the Western Balkan countries. In this respect, the Berlin Process has been instrumental in building closer ties between the Western Balkan countries by providing political support and financial backing for many inter-connectivity projects in the field of infrastructure, energy, trade, employment and youth.

The Western Balkan countries have some reason to be proud of what they have achieved in a relatively short period of time, considering the recent past of inter-ethnic conflicts in the region. But all of this would not have been possible without the prospect of EU integration. As it was the case with the Visegrad Group countries, regional cooperation in the Western Balkans is a vital entry gear and accelerator of EU accession.

Away from “empty regionalism”, the Visegrad Group can successfully act as a role model for democratic state-building and economic rule of law in the Western Balkans. The “genius of regional cooperation” was in play as well in Vaclav Havel’s vision about a free, peaceful, and united Europe and his dynamic approach of regional groupings acting together for the values and security of democracy.

​The refugee crisis and the joint fight against terrorism have made both the EU and the Western Balkans realize and experience first-hand how interdependent we have become. It is now crucial to translate this interdependence into enhanced engagement with the Western Balkans, in order to help them successfully finalize their democratic state-building exercises.

​The continuation of the “Berlin Process” and the pursuit of concrete deliverables, as the region braces itself for the Paris Summit of the Western Balkans in July, will be particularly important in the months ahead of us. Aware of its role as a pillar of regional stability, Albania will continue to push for the removal of all obstacles to efficient regional cooperation as well as for full alignment with EU.

The Czech Republic and the V4 countries as a whole certainly can and will help to bring the necessary support for this enhanced cooperation with the WB6 to be a successful mechanism that can draw us closer to each other under the same European roof.

EP plenary to discuss resolutions on Albania and Bosnia and Herzegovina