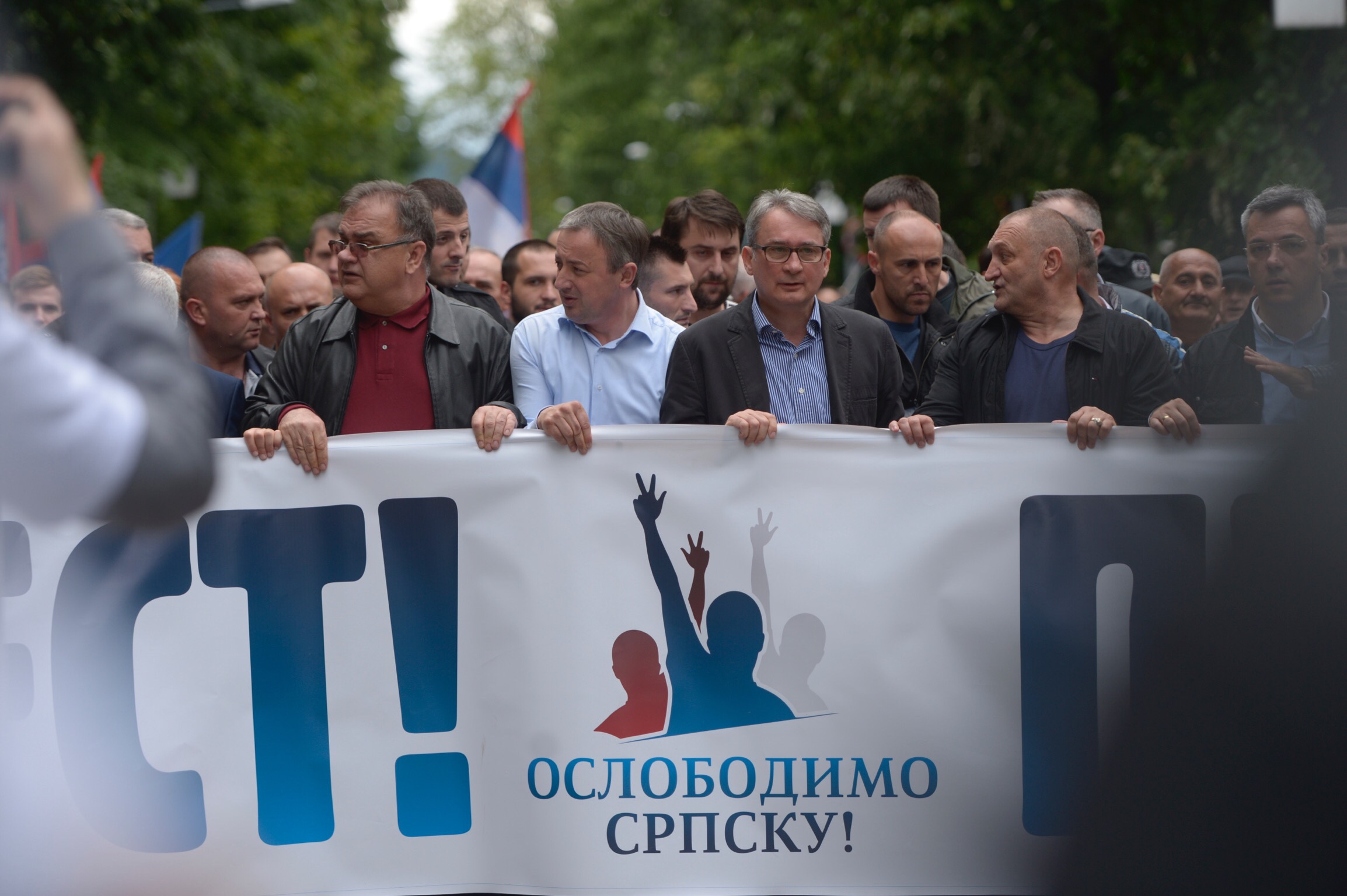 BANJA LUKA – Several thousands of Bosnian Serbs gathered for rival demonstrations for and against the government of Republic of Srpska (RS) and its President Milorad Dodik (SNSD).

Protests are organised by opposition pro-European coalition „Alliance for Change,“ which is made up of Serbian Democratic Party (SDS),  Party of Democratic Progress (PDS, EPP associate member) and  National Democratic Movement (NDP).

Opposition supporters held banners saying “You will all go to jail,” and demanded an early general election while Dodik’s supporters carried pictures of him and Russian President Vladimir Putin.

RS is a state, and it is capable of defending itself by democratic means, President Milorad Dodik said at pro-government rally titled “With our hearts for Srpska – Stop the treason.” “Today we are defending the RS from internal treason, and treason is when you go to Sarajevo to nod approvingly, when you dare not defend the RS in Sarajevo, or dare not say that you love Serbia,” Dodik said.

He then sang a turbo-folk song with the lyrics “nobody can do us any harm, we are stronger than destiny.”

At both rallies, former soldiers who fought for Republic of Srpska competed in patriotic speeches claiming their respective camp was the real keeper of the ideas of wartime leaders.

Preda: Test of the democratic capacity of the institutions

Davenport: Member states to decide on opening of Chapter 23