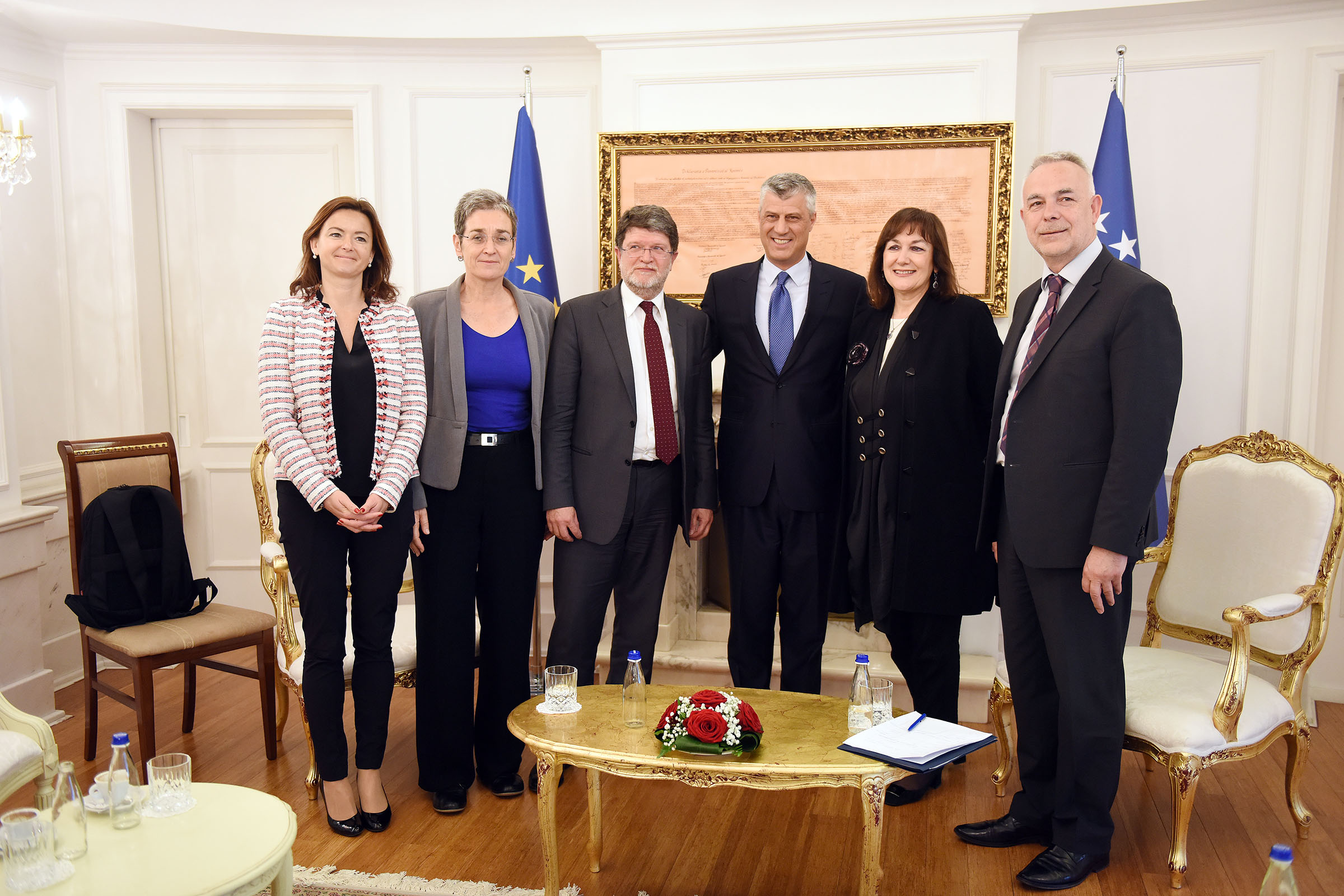 PRISTINA – President of the Republic of Kosovo, Hashim Thaçi received today a delegation of the Delegation of the European Parliament for South-East Europe, headed by MEP Tonino Picula, whom he thanked for their visit, saying that Kosovo has opened a new chapter.

“This is a European year, a strong foundation for our country, starting from the adoption of the Stabilisation and Association Aggrement, the beginning of its implementation, as a result of efforts of Kosovo institutions, always bearing in mind the new responsibilities for its implementation”, President Thaçi said.

Thaçi expressed his gratitude to the European Parliament for its continued support and unwavering faith in the institutions and people of Kosovo and their European orientation.

The head of state said that the culmination of this success has been achieved with the fulfilling of all criteria for the recommendation for visa liberalization, vowing that now as the country’s president he will remain committed to carrying out all tasks for the liberalization to occur as soon as possible, including separate groups for the establishment of the Associacion of Serb-majority municipalities and demarcation with Montenegro.

“These last days have been positive Kosovo also in terms of our country’s membership in the UEFA and FIFA, therefore imprtant steps are being made towards the European future and Kosovo’s integration in all international institutions”, President Thaçi said.

The parties also discussed the issue of the five EU member states that have not recognized Kosovo. President Thaçi said that Kosovo is constantly providing more compelling arguments for Spain, Greece, Romania, Slovakia and Cyprus to complete European recognition of Kosovo.

“Kosovo insists on the implementation of all criteria and democratic reforms, in legislation, economy or politics, and that it will continue the internal dialogue, especially now after the restoration of normalcy in the functioning of national institutions”, President Thaçi said.

He said that Kosovo will continue the dialogue with Serbia, with special emphasis on the implementation of agreements reached so far, and will intensify the fight against corruption, organized crime and all other negative phenomena.

President Thaçi said that he initiated the amendments to the Criminal code, because there have been some gaps in the prosecutorial system, judicial system or correctional centers and that the country remains committed to electoral reform.

Declaration by Federica Mogherini on the occasion of the International Day Against Homophobia, Transphobia And Biphobia