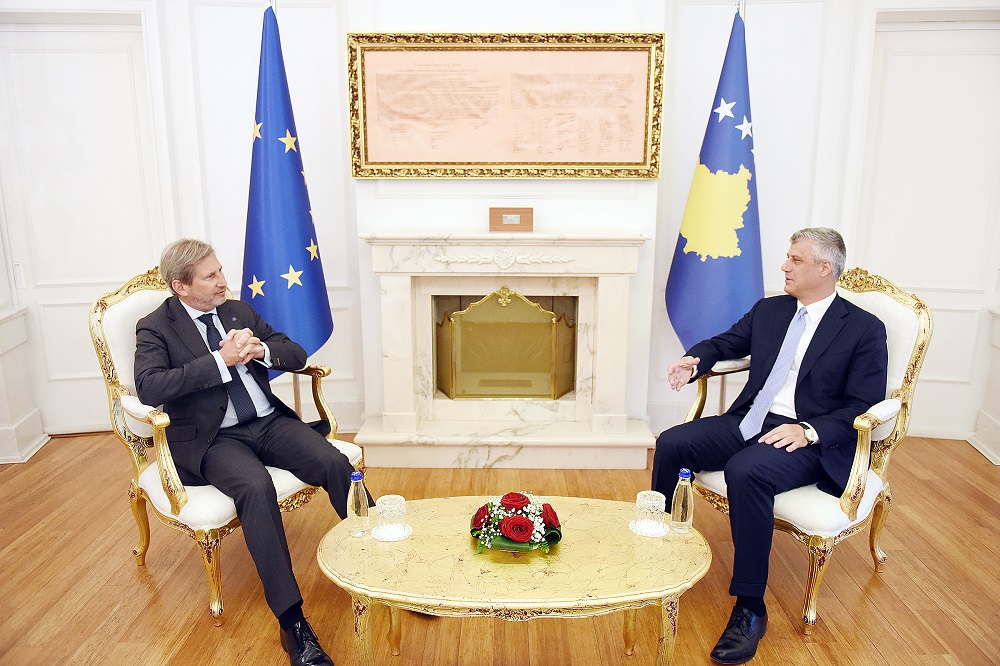 On 4 May 2016, after more than four years of chasing the benchmarks set out in the visa liberalisation roadmap, the European Commission recommended that Kosovo citizens be exempt from visa requirements when traveling to the Schengen area. To put it in more technical terms, the European Commission proposed the amendment of Regulation (EC) No 539/2001 where Kosovo will be removed from Annex I, Part 2 (listing the third countries whose nationals must be in possession of visas when crossing the external borders) and added to Annex II, Part 4 (“Entities and territorial authorities that are not recognized as states by at least one member state”) listing third countries whose nationals are exempt from that requirement.[1]

The recommendation was celebrated as if it was equal to a decision to be put in force immediately, and it was even the cause for High Representative Mogherini’s second official visit to Kosovo which took place only two days after the EC decided on the matter. A technical decision in its nature, the aforementioned decision was everything but. Much as any other technical issue in Kosovo, this one turned political the moment Mogherini reminded the Kosovo public of only two more important benchmarks to be met before the regulation (EC) No 539/2001 is amended. Namely, as it was stated in the last report on Kosovo’s visa liberalisation roadmap: “the Commission confirms that Kosovo has met the requirements of its visa liberalisation roadmap on the understanding that by the day of the adoption of this proposal by the European Parliament and the Council, Kosovo will have ratified the border/boundary agreement with Montenegro and strengthened its track record in the fight against organised crime and corruption.”[2]

The agreement with Montenegro was one of three cornerstones (along with the agreement on Association/Community of Serb-majority Municipalities and corruption) of the Kosovo government’s opposition protests. The opposition (representatives of the three opposition parties Vetëvendosje (Self-Determination Movement), the Alliance for the Future of Kosovo (AAK) and the Initiative for Kosovo (NISMA)) began obstructing the work of the Assembly on 17 September 2015, when Prime Minister Isa Mustafa was scheduled to report on the agreements reached in Brussels, and they have continued to do so, although with decreasing intensity until May 2016. The opposition have rallied against the establishment of an Association/Community of Serb Majority Municipalities (A/CSM) and the border demarcation agreement with Montenegro (both agreements signed in late August 2015), while their means for obstruction have included blowing whistles, blocking the speaker’s pulpit in the Assembly, throwing eggs and bottles, setting off fireworks, physical confrontations within and outside of the Assembly and through displaying protest notes. On 8 October 2015, the protests intensified as the opposition parties brought tear gas into the Parliament and thereafter continued to frequently use this tactic to obstruct the work of the Assembly. With all of these events, the potential establishment of an A/CSM and the border demarcation agreement with Montenegro became the subject of the harshest political and parliamentary crisis in Kosovo since it declared independence.

This crisis peaked in February 2016 when the opposition failed to prevent the election of Hashim Thaçi as the new President of Kosovo. The recommendation for visa liberalisation came a month after Thaçi took office and with the final condition that put the opposition in an awkward position. The opposition was to choose to keep to their role of the defenders of constitution and 8000 acres of land or to obstruct the most EU-fanatical region in the Western Balkans at traveling free in Schengen area. Such timing for this decision spurred the discussion on how the West prioritises the stability in Kosovo over democratisation. Although not without its merits, this theory raises the question of whether Kosovo even has a political option to substitute the ruling coalition in a democratic process.

As for the second, less explicit condition, a track record on the fight against the corruption, allegations of which have been following Kosovo highest-ranking officials since they seized power towards the end of the conflict in 1999, it notably lacks clear indicators of performance. The lack of indicators can be either used for further conditioning if need be, or it can be used to acquit Kosovo government should this fight be hindered for the sake of political “stability”. As it is, the European Commission seems satisfied enough with 15 indictments against 54 people and only one conviction at first instance[3] on corruption charges.

Finally, the visa liberalisation recommendation for Kosovo left some unresolved administrative issues of huge concern for Serbian, but also other communities in Kosovo. Namely, when the news of this recommendation broke, it caused euphoria amongst all communities in Kosovo, but it also left holders of Serbian biometric passports issued by Coordination Directorate in Belgrade in doubt as to what will happen with their passports. The saga of Coordination Directorate passports started back in 2009 when Serbia was rewarded with visa liberalisation. This privilege came with the condition that the holders of Serbian passports residing in Kosovo be left out of the visa free regime. Serbian citizens residing in Kosovo paid the price and became second-grade citizen, discriminated on the basis of their geographical residence. The rationale for this decision was “potential for illegal migration”[4] which, although it was never explicitly stated, only suggested[5], mostly applied to Kosovo Albanians who applied and continue to apply for Serbian passports in large numbers[6]. Be that as it may, the biometric passports issued by Serbia for its citizens residing in Kosovo which were discriminated in 2009 and since then largely forgotten in the Serbian public, now come back into focus. To be fair, passports of the Coordination Directorate are not excluded from the visa liberalisation for Kosovo per se. On the contrary, the EC proposal for amending Regulation (EC) No 539/2001 states: “this amendment only covers the individuals from Kosovo who are holders of a biometric passport issued in compliance with International Civil Aviation Organisation (ICAO) standards and EU standards for security features and biometrics in travel documents” and holders of Serbian Coordination Directorate passports fit these criteria since August 2009.

Regardless, in his visit to Pristina, Commissioner for Migration, Home Affairs and Citizenship, Dimitris Avramopoulos, when asked about the status of Serbian passports issued for the residents of Kosovo replied: “Let me be clear on that. Only Kosovo’s passports are recognised. So, it is very, very clear”[7]. Analysing the statement and part of the proposal for amending Regulation (EC) No 539/2001 quoted above, one might wonder how is this “very, very clear”, but obviously the Commissioner for CITIZENSHIP among other important things, is not cognizant of the concept of multiple citizenship. The reactions to this statement came from the Office for Kosovo and Metohija who argued that the visa liberalisation should not apply to a type of document, but to all citizens of the territory that it was granted to. A day after this, the PM Vučić promised Kosovo Serbs will have visa free passports issued by Serbia even before Kosovo does[8]. However, he did not explain how and when will this happen.

As Kosovo citizens wait in long lines to obtain new, biometric passports Kosovo institutions started issuing in 2011, Coordination Directorate passports remain in some drawers leaving the Serbs wondering was it the lack of coordination that led to yet another discriminatory practice when it comes to these documents, or were they “forgotten” purposefully in order to give the incentive to Kosovo Serbs to obtain Kosovo documents and speed up the integration of the Serbian community into the legal and administrative system of Kosovo.

Recommendation of visa liberalisation for Kosovo was the first political decision with a positive effect on all of the communities in Kosovo and should it be enforced soon it will only have positive effects, primarily on the economy and living standards, as Kosovo citizens largely depend on remittances (note: the author does understand that short-term visa liberalisation does not equal to working permits). However, given that Kosovo opposition (with the exception of Vetëvendosje) already continued their protests against the agreement on A/CSM and the agreement with Montenegro, it seems like it will only heat up the good old Balkan mantra: “we will not sell our territory for benefits” (until we are the government, of course).

Whether or not visa liberalisation prolongs the life of the ruling coalition remains to be seen, but it certainly came in a very convenient moment for the government.

The author of this article is Milica Andrić, the Program Director at Aktiv, a civil society organization from Mitrovica.

Rama ‘no’ to caretaker government, Democratic Party is seeking power on the table