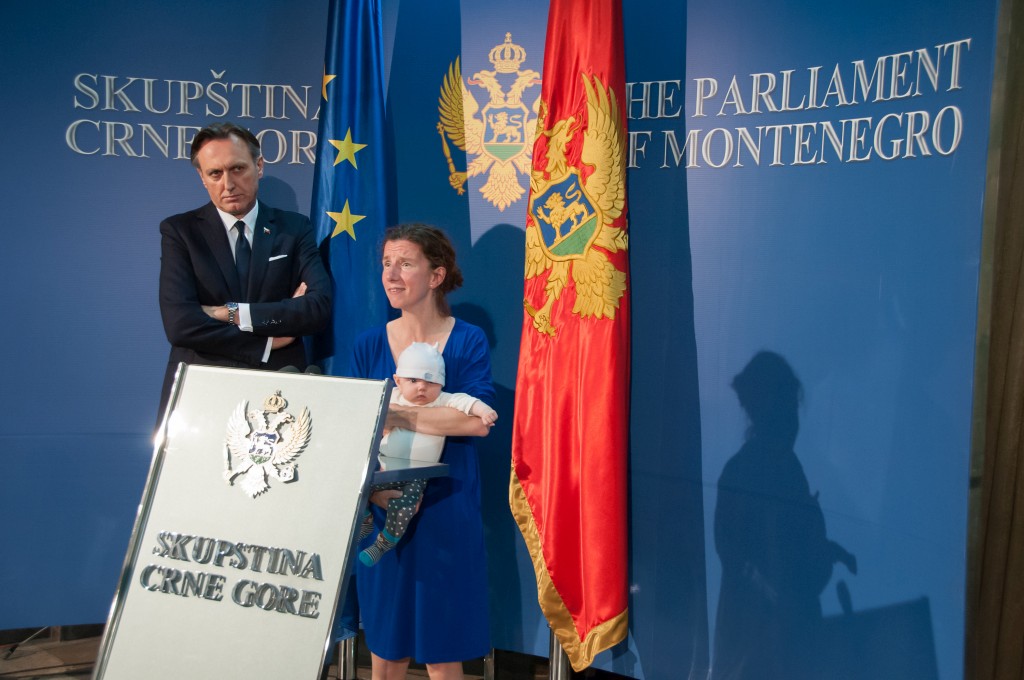 PODGORICA – European Parlamentarians’ visit to Montenegro has certainly drawn attention, however, one unusual arrival was in the spotlight. Namely, MEP Anneliese Dodds met with the Montenegrin President Filip Vujanović carrying her three months old daughter Isabella. Their arrival in the Montenegrin Parliament for the meeting of the EU-Montenegro Stabilisation and Association Parliamentary Committee (SAPC) has caused even bigger surprise and comments.

“Mothers of infants have the same dilemma: whether to continue to work or stay at home? For me it was important to be here, so I took Isabella with me because of breastfeeding”, Dodds said.

Dodds highlighted she did not have any problems with Montenegrin officials for bringing her child to all the meetings SAPC.

Undoubtedly, with this gesture MEP has taught an important lesson to a society that still predominantly functions by a patriarchal pattern, where everything related to motherhood should remain within the range of private space.

Professor Božena Jelušić has marked these uncommon images as an event that carries multiple messages.

“The footage we saw was something that would be considered frivolous in Montenegro. Basically, mothers and children are perceived as a secondary thing in Montenegro, as a thing that should not be a part of serious male environment, important state, large and similar decisions … However, it is a matter of perception…” said Jelušić for Radio Free Europe.

Youth employment challenges discussed for the 20 years of TAIEX

Europe follows changes at the Radio Television of Vojvodina