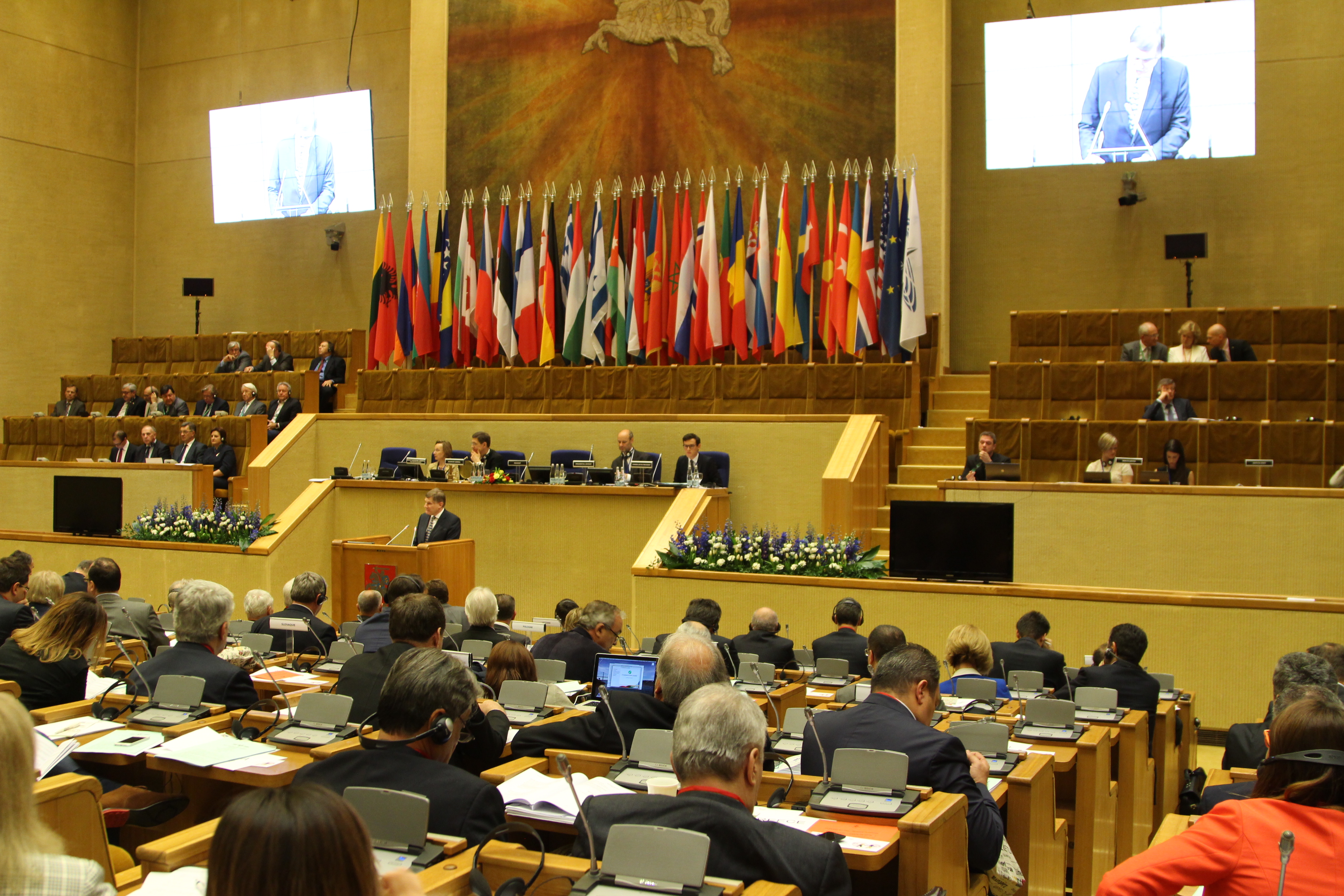 TIRANA – The July summit of NATO heads of state and government tops the agenda as lawmakers from member countries of the political and military alliance meet in Albania this week.

Just 6 weeks ahead of the summit, the NATO Parliamentary Assembly’s Spring Session, hosted for the first time by the Albanian Parliament, will review how NATO is responding to the range of challenges confronting allies and emanating from, among others, Russia, terrorism, the ongoing conflict in Iraq and Syria, mass migration and the proliferation of missiles and weapons of mass destruction.

NATO Deputy Secretary General Alexander Vershbow is due to brief deputies in the capital Tirana on the summit agenda. The Assembly is then set to endorse a declaration entitled “A United and Resolute Agenda for NATO at the Warsaw Summit”.

The declaration urges Alliance leaders to strengthen collective defence and deterrence, develop a comprehensive strategy for promoting stability in North Africa and the Middle East, ensure that all allies meet military spending targets and boost cooperation with the European Union.

Commenting on the particularly complex security environment as the NATO summit takes place, US Congressman Michael R. Turner, the Assembly’s President, stressed: “The challenges we face today will not disappear anytime soon. We are in this for the long haul. So all of us must reinvest in our defence”. Noting unease in Washington about what is perceived as a disproportionate US contribution to NATO, he urged his counterparts to “make sure that we can adopt a number of concrete measures in Warsaw that will demonstrate that all of us are prepared to contribute our fair share.”

Among other issues on the agenda for their meeting in Tirana, lawmakers will discuss security in the Western Balkans, and celebrate Montenegro’s invitation to become the 29th member of NATO. Albanian Prime Minister Edi Rama and his Montenegrin counterpart Milo Djukanovic will both address the Assembly just days after Allied Foreign Ministers signed the accession protocol with Montenegro at their meeting in Brussels.

Legislators will also review the achievements of NATO’s Resolute Support Mission in Afghanistan, which the Foreign Ministers decided last week to extend beyond 2016, and exchange views on the challenges facing Ukraine.
The NATO PA Spring Session, starting on Friday in Tirana, will bring together more than 250 delegates over four days. The Assembly unites members of national parliaments from the 28 Allied nations as well as partner countries, observers and organisations. It is an essential link between the Alliance and national parliaments – and therefore, to citizens in the Euro-Atlantic area.

Zaev meets ambassadors: It is imperative that Ivanov gives me mandate immediately