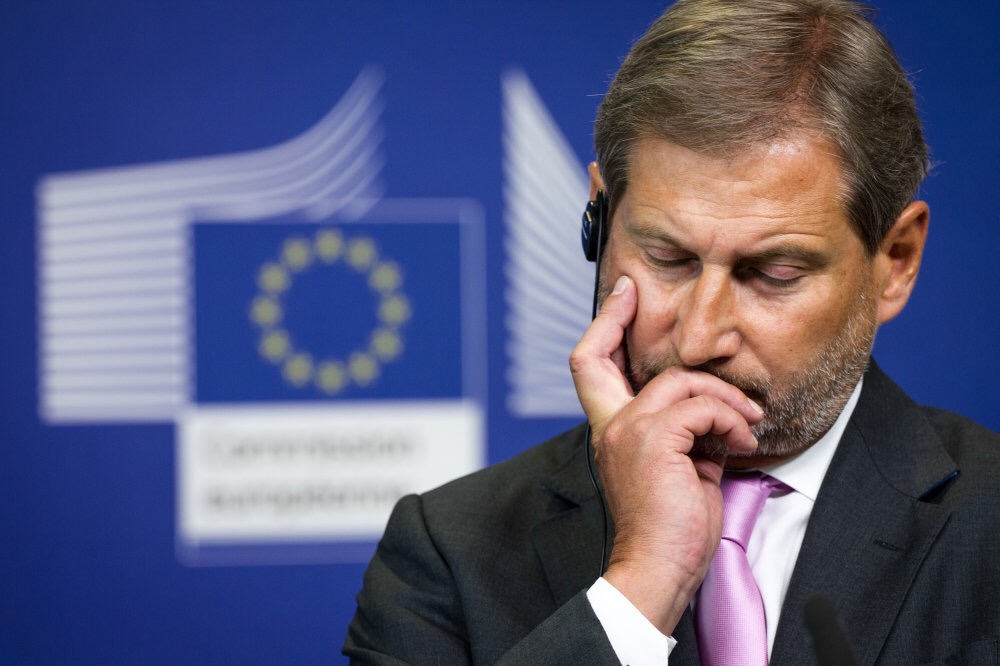 The 2015 EU Enlargement Strategy reiterates that no new countries will be ready to join the EU during the mandate of the current Commission. Despite this, the Commission remains committed to working with enlargement countries on the “fundamentals first” principle. What does this mean in practice?

Johannes Hahn: Indeed none of the current enlargement countries will be able to complete the demanding reforms necessary for accession during this Commission’s mandate. Exactly because of this need of further reforms, the Commission continues its ‘fundamentals first’ approach. Building an independent judiciary and functioning democratic institutions, fighting organised crime and corruption and protecting fundamental rights, as well as addressing the shortcomings in economic governance and competitiveness, all are difficult processes that take time. Therefore, it is crucial that these issues are tackled early on in the process to ensure sustainable results.

In practice, we expect the countries not only to adopt relevant legislation and set up the necessary institutions; what really matters is implementation. It is not enough that things look good on paper. For the credibility of the enlargement process and for the enlargement countries to be able to reap the full benefits of their future EU membership, it is indispensable that we see real results on the ground. The fundamentals first approach makes this perfectly clear, but also helps the countries focus on what is expected from them.

Where do you see the role of multi-level governance fitting into this principle and are you offering any specific support to local and regional authorities here?

JH: Local and regional authorities play a key role in the Commission’s ‘fundamentals first’ approach. They need, for example, to implement anti-corruption measures and public administration reform within the remits of their responsibilities. They know the local economy best and thus play a key role in improving competitiveness and strengthening the economic development of their regions, cities and towns. And they are often the direct contact points for citizens. Therefore, local and regional authorities play a crucial role not only in implementing reforms, but also in shaping public perception of the state of reforms.

They are also involved in preparing, implementing and monitoring pre-accession assistance (IPA). This mirrors the partnership principle as is used with Member States for the EU cohesion policy. Specific support to governance and public administration is part of IPA priorities. In this context, IPA programmes include a number of initiatives to support decentralisation of public services and local self-government, in particular to ensure more effective and focused delivery of local service. We also support improving capacity of local authorities to facilitate a more favourable business environment that can bring investments and increase employment.

As former Commissioner for Regional Policy, you are well aware of the importance of structural and cohesion funds. Do you think that lessons can be drawn from your work in this field and transposed to the pre-accession funds?

JH: Yes. Both pre-accession assistance and structural funds need to be managed according to the same principle of sound financial management, which in practice means that already now enlargement countries need to strengthen their capacity to manage EU funds properly, focusing on efficiency of public financial management and public internal control. Support through pre-accession assistance to measures in these areas is therefore a priority. In parallel, IPA also supports elements which are the priorities of the regional policy, such as competitiveness and growth in the broad sense. So indeed there are many cross-cutting issues and my experience in regional policy comes very handy.

The Enlargement Strategy is anchored on a country specific approach. Despite this, do you think there are common challenges at the local and regional level, which could be tackled with support from the European Committee of the Regions?

JH: The fundamentals are a challenge for all current enlargement countries, and often we see that different countries face similar issues. In particular, there are a lot of parallels between the Western Balkan countries, given their historical and regional links. Local and regional authorities have a key role in implementing the ‘fundamentals first’ approach and carrying out difficult reforms in core areas. For example, they usually deal with building permits, conduct public procurement procedures and provide local services. This can put them at the frontline in the fight against corruption and underlines also the need to establish a professional and impartial civil service at local and regional level. In all enlargement countries shortcomings in this regard persist.
The European Committee of the Regions is well placed to support the local and regional authorities in implementing a difficult reform agenda by sharing best practices from within the EU and providing advice on how to best tackle the existing problems. The Committee also plays a key role in advising the countries on the question of decentralisation. While there is no acquis in this area and different Member States have widely differing models, the Committee has the expertise to help the enlargement countries identify what level of decentralisation could work best in their specific case, taking into account the differences in size and set-up of the countries.

Source: EPP Group in the CoR. Original article you can take a look here >>>