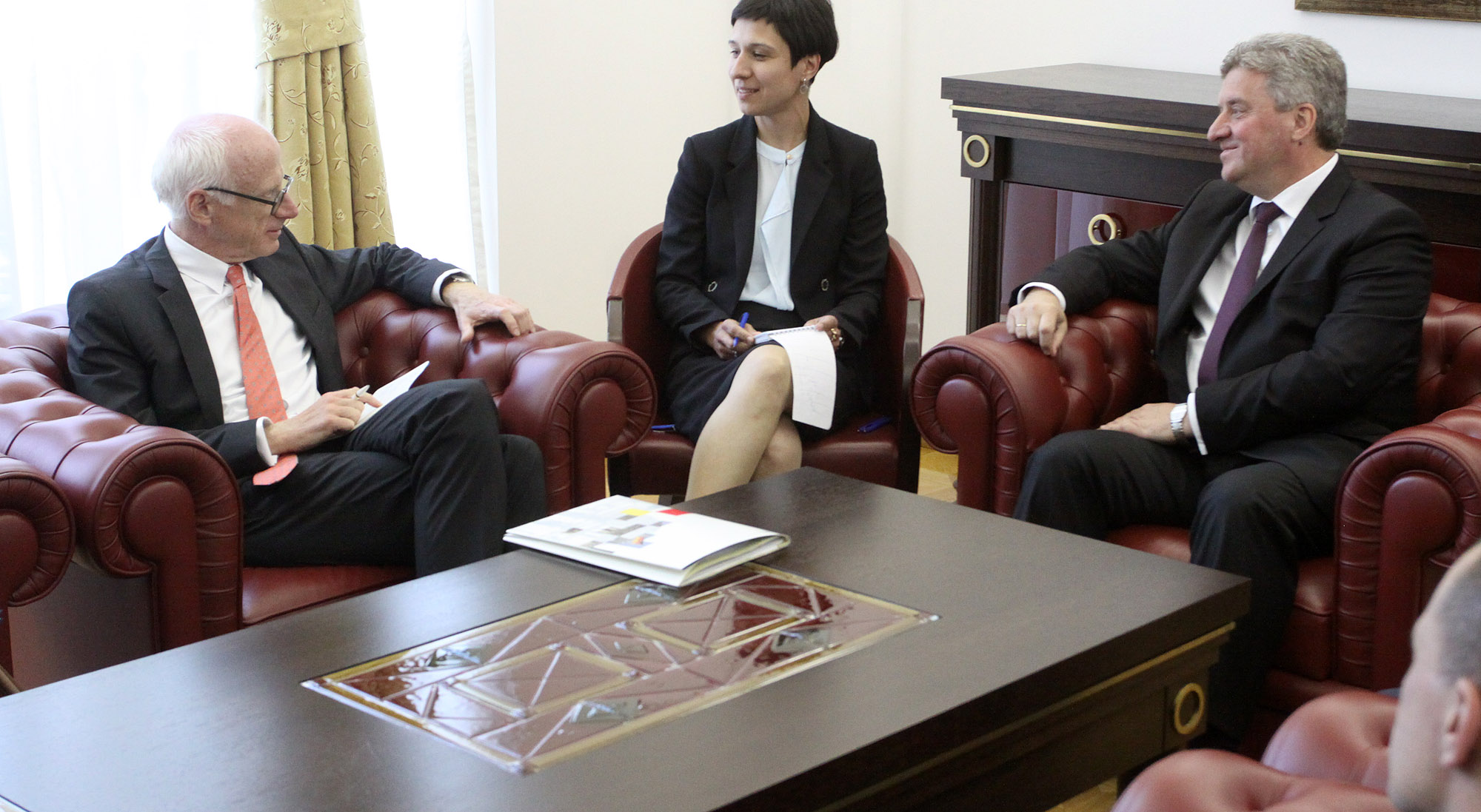 SKOPJE – There is no more room for alibis, excuses for avoiding the obligations under the Pržino Agreement, stressed President Ivanov at the meeting with the special envoy sent by the German Foreign Minister Frank-Walter Steinmeier, Ambassador Johannes Haindl.

“Political leaders should demonstrate constructiveness, responsibility and a high regard for the interests of citizens and the state,” Ivanov said, in a statement from his office regarding the meeting.

Ambassador Haindl, in turn, welcomed and congratulated Ivanov’s decision to the fully withdraw all the pardons, which “is an opportunity to focus on the obligations of the Pržino Agreement.”

Ways out of the political crisis were the main topic of discussion at the meeting between the SDSM leader Zoran Zaev, and the special envoy sent to Macedonia by the Federal German Foreign Minister Frank-Walter Steinmeier, Ambassador Johannes Haindl.

At the meeting , they noted that the solution to the political crisis is in the implementation of commitments under the Pržino Agreement by its signatories and that the top priority for Macedonia is the organization and implementation of fair and regular elections.

“For this to happen, it is necessary for the formation of a government that will meet the conditions for elections and their implementation, and the precise terms of the key conditions for fair and democratic elections, which means, firstly, the purging of the voters’ list and providing objective reporting in the media. Macedonia needs quick and regular elections”, said Zaev at the meeting, said the statement from his party.

Haindl: The way out of the political crisis lies within the Pržino Agreement

Yee: We support proposal of MEPs and hope parties will reach agreement