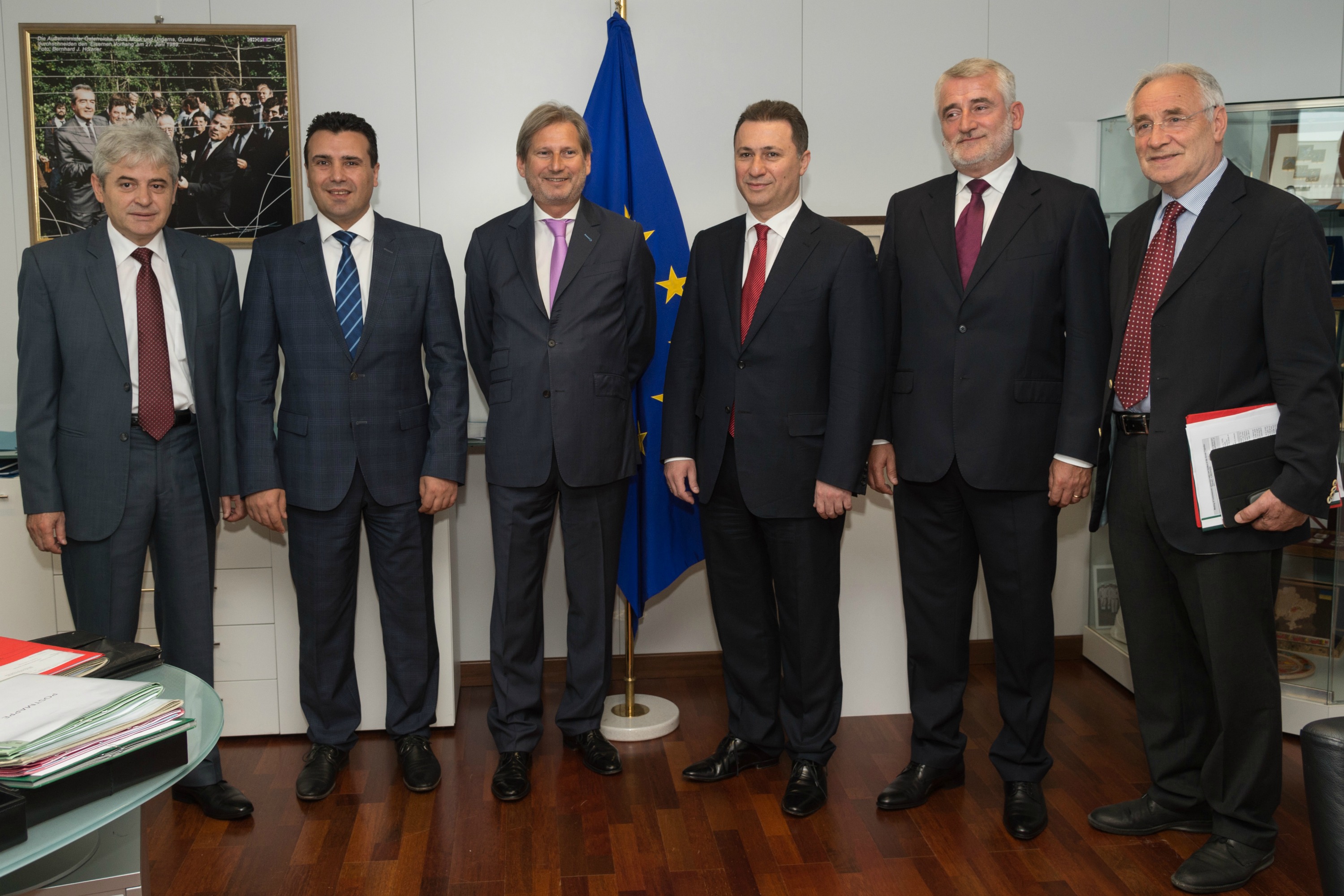 SKOPJE / BRUSSELS – Brussels is hoping that Macedonian political party leaders will show initiative and convene a leaders’ meeting where they can, hopefully, reach some kind of an agreement, whereby fair elections can be organized.

The European Commission said that they are in constant contact with all the concerned parties and are closely monitoring any developments in Macedonia.

“The EU delegation is in close contact with the parties and it is hopes they will agree to meet this week” a spokesperson for the European Commission, Maja Kocijanacic told “Meta”.

The SDSM believe that the conditions for the holding of such a meeting have been met and that the main topic of discussion at the meeting would be the conducting of fair and democratic elections. The VMRO-DPMNE party is awaiting an invitation to any proposed meeting.

MP Rafis Atili from the DUI party believes a meeting of political leaders should be held, as it in the interests of all citizens, however for fair elections to take place they must create the correct political environment first.

The SDSM spokesman, Petre Shilegov today called for a meeting of all political leaders, at any level, or of any kind, at which discussions on the conditions for free and fair elections could be held. While the ruling party’s leader Nikola Gruevski said his party would attend such a meeting, however, beforehand he would have to know the topic and the agenda for a meeting

“So far no one has contacted us concerning a leaders’ meeting. We would accept, but it is a good idea to have prior agreements and arrangements regarding topics of the meeting because it is in the interest of citizens that meetings of political leaders are thoroughly prepared with an agenda and with a list of topics, especially, because we are always being the one’s blamed if the meeting should fail”, said Gruevski.

He added that currently there has been no such initiative, no suggested topics for holding any such meeting.

Kocijancic: Serbian-Russian joint exercise would be a mistake