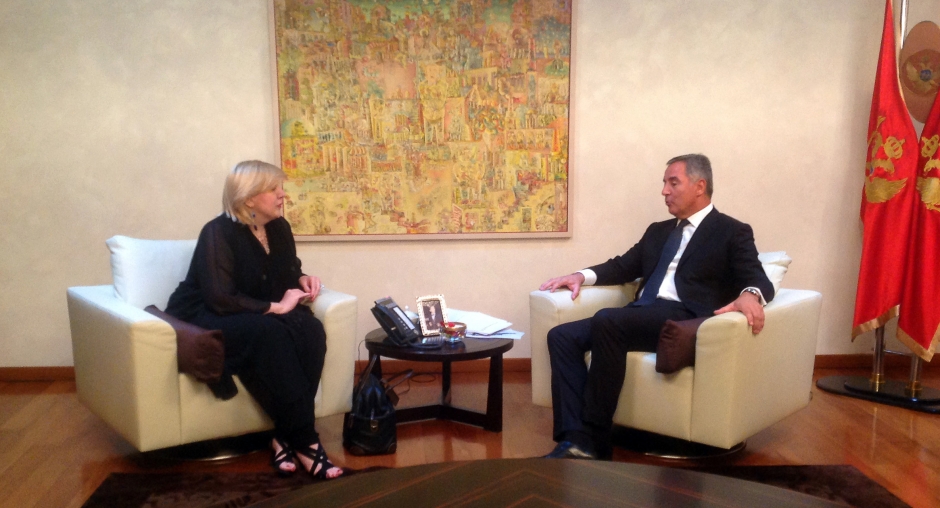 PODGORICA – After the early warning addressed to Serbia on the occasion of the anniversary of the murder of journalist Milan Pantić, OSCE Representative on Freedom of the Media Dunja Mijatović turned to Podgorica, where she met the Prime Minister Milo Đukanović and the Speaker of Parliament Darko Pajović.

In the meeting with Đukanović (on 14 June), the Representative emphasised the importance of the role of the Commission supporting the investigations of the attacks and threats against journalists, including the killing of Duško Jovanović. In her visit, Mijatović welcomed the support ensured by the Prime Minister, who guaranteed the cooperation with the Commission, and stated that the OSCE will continue to be strongly engaged in controlling the situation of freedom of media in Montenegro.

The SDSM and VMRO-DMPNE confirm: Negotiations at Pržino are suspended