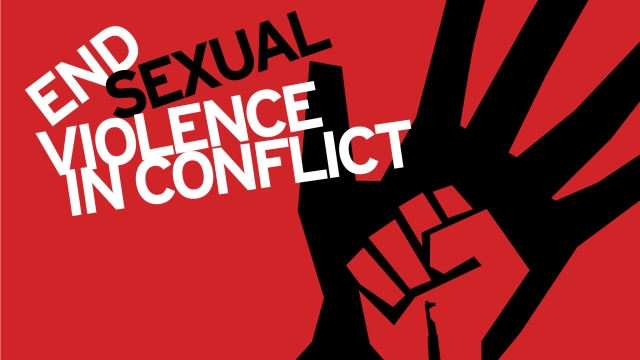 Sexual violence in conflict has been and continues to be used as a tactic of war and terror. It targets predominantly women and girls, but also men and boys, who after having suffered their plight, also face double victimisation: not only do they suffer physical injuries and psychological traumas, but they can face stigmatisation and rejection by their families and communities, as well as reprisals from the perpetrators. As a consequence, many victims do not report this crime: it is estimated that for every case of rape reported in conflict zones there are ten to twenty cases that remain undocumented.

We want to see practical steps to tackle impunity for the use of rape as a weapon of war and to begin to change global attitudes to these crimes. Accountability and access to justice are a must; victims and witnesses of sexual violence have to be ensured access to impartial and gender-sensitive tribunals and to reparations, including as a form of transitional gender justice. The EU has adopted a framework for transitional justice that ensures gender is a variable taken into account in these processes. Perpetrators must be prosecuted in accordance with national and international law, within national justice systems that respect the rule of law; we support security and justice sector reforms to this end.

Efforts to fight sexual violence in conflict also need to comprise measures to ensure adequate information, fact-finding and proper documentation.Fighting the banalisation of sexual violence and raising awareness of women’s and girls’ rights, as well as of the existence of sexual violence against men and boys, are extremely important. We acknowledge the central role of civil society organisations in identifying and protecting victims, and we will continue supporting them in this endeavour.

The EU continues to support the International Criminal Court, as well as non-permanent International Criminal Tribunals, and recognises the significant progress they have achieved in combating sexual violence in conflict. We also support multilateral mechanisms in tackling sexual violence in conflict, in particular the valuable work of the UN Secretary-General’s Special Representative on Sexual Violence in Conflict, Zainab Bangura.

The EU strongly supports women’s full and effective participation in conflict prevention and resolution and in peacebuilding processes in order to achieve long-term sustainable results – we know this leads to more inclusive outcomes and contributes to lasting peace and a more gender equal society.”