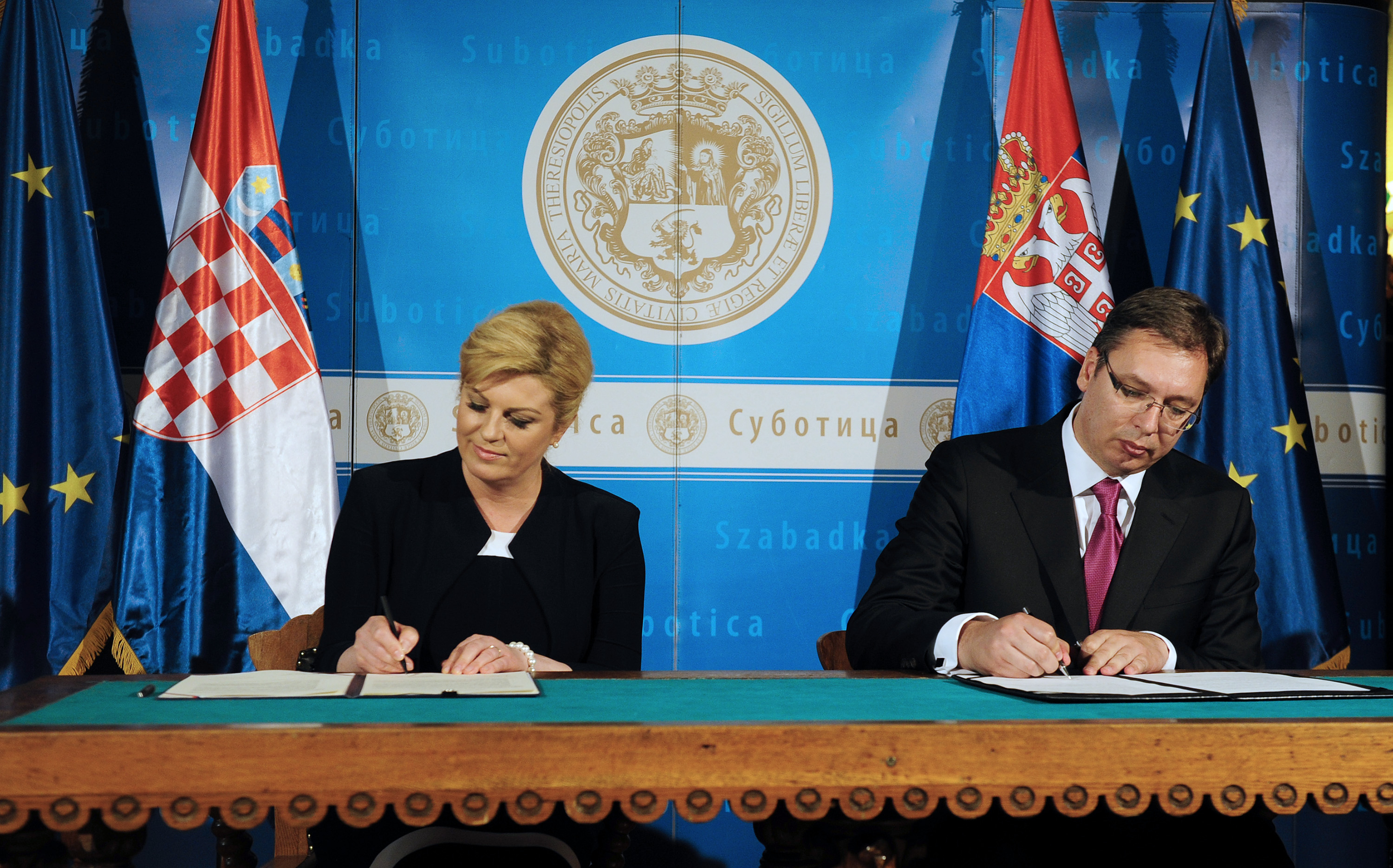 SUBOTICA – Serbian Prime Minister Aleksandar Vucic and Croatian President Kolinda Grabar Kitarovic signed in Subotica, northern Serbia, on Monday a six-point declaration on enhancing the relations and solving open issues between the two countries.
Under Point 1 of the declaration, the two countries shall actively initiate or accelerate processes aimed at enhancing bilateral protection of minorities – Serbs in Croatia and Croats in Serbia – based on existing agreements.

Point 2 stipulates an immediate start of negotiations between state commissions to define the border line between Serbia and Croatia pursuant to international law.

The two countries have no territorial demands and, in case bilateral talks fail after a reasonable period of time, they are prepared to take the territorial dispute to international judicial institutions, the document also said.

Point 3 states that Serbia and Croatia are prepared to accelerate the implementation of a succession agreement signed in Vienna on June 29, 2001.

The declaration affirms that both countries agree that the search for missing persons is a priority humanitarian issue and that honest and maximum efforts will be made to find them.

The two countries also pledged to work actively and in a coordinated manner in the fight against terrorism and the migrant crisis.