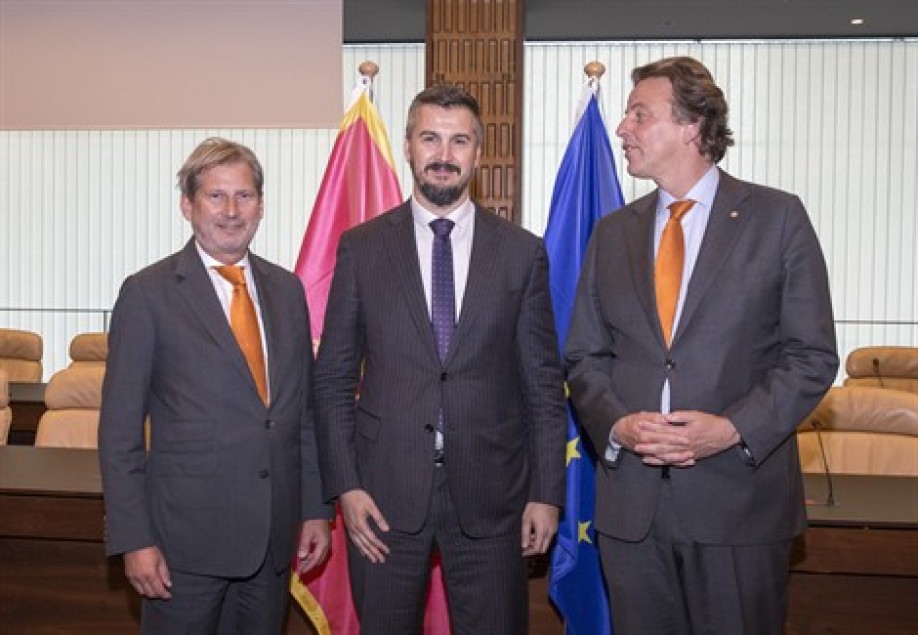 LUXEMBOURG – Seventh meeting of the EU-Montenegro Stabilisation and Association (SA) Council was held on Monday 20 June 2016. This meeting was chaired by Mr Bert Koenders, Minister for Foreign Affairs of the Netherlands, who led the European Union delegation on behalf of the EU High Representative for Foreign Affairs and Security Policy Federica Mogherini. The delegation of Montenegro was led by State Secretary for European Integration Aleksandar Andrija Pejovic while Johannes Hann, Commissioner for European Neighbourhood Policy and Enlargement Negotiations, represented the European Commission.

The SA Council welcomed the opening of two further negotiating chapters since the last meeting, bringing the total number of chapters opened to 22, two of which have been provisionally closed. The SA Council also looked forward to the opening of another two chapters, namely chapter 12 (Food safety, veterinary and phytosanitary policy) and chapter 13 (Fisheries), at the next Intergovernmental Conference.

On the SA Council was noted Montenegro’s recent successful fulfilment of political and economic criteria as well as  recognition of the country’s reform efforts achieved within 33.chapters.

The SA Council welcomed the continued implementation by Montenegro of the Action Plans for Chapters 23 and 24 and acknowledged significant progress achieved in legislative reform and institution-building.  It noted that the Special Prosecutor’s Office and the Anti-corruption Agency now needed to be further provided with all the necessary resources for fulfilling their mandates effectively.

With regard to media freedom, the SA Council strongly encouraged Montenegro to continue its activities in order to resolve old cases of violence against journalists and to address shortcomings and delays in the investigation. Montenegro was encouraged to step up its efforts in creating a safe environment conducive to investigative journalism.

The SA Council welcomed Montenegro’s decision to continue its full alignment with EU Council decisions and EU declarations in the area of foreign, security and defence policy.

Concerning the economic criteria, the SA Council noted that Montenegro’s economic recovery accelerated in 2015 and welcomed the submission by Montenegro of its second Economic Reform Programme.  Montenegro was encouraged to continue efforts to improve economic competitiveness through further diversification of the economy and by broadening its export base.

Finally, the SA Council welcomed the formation in Montenegro of a “government of electoral trust”, bringing together the government and parts of the opposition with a view to organising credible elections in October 2016, and recalled the importance of the full implementation of the new electoral legislation.

The borders between Serbia and Croatia are open!