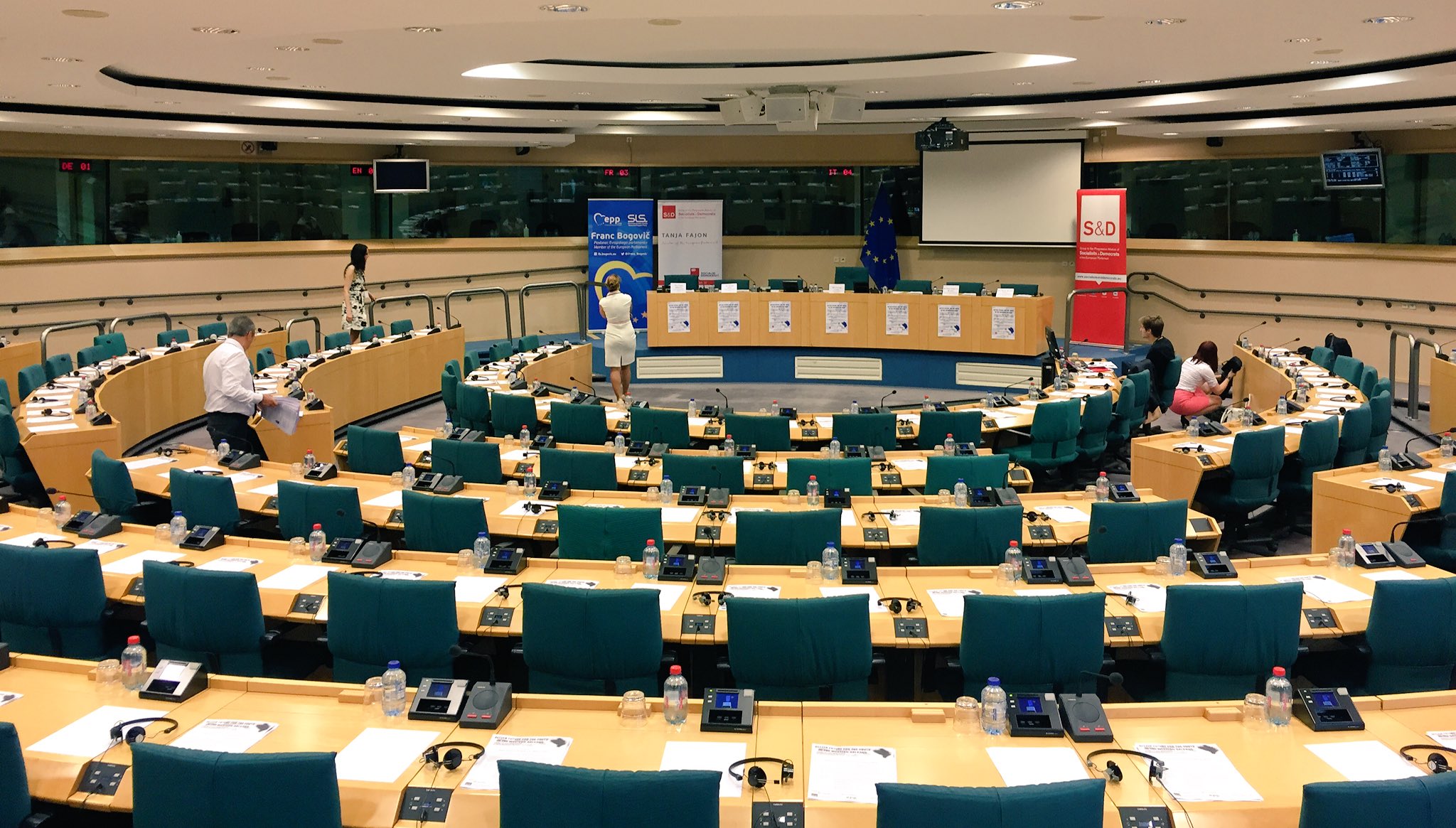 BRUSSELS – #YouthWB has rapidly become one of the most clicked hashtag of Tuesday 21 morning, when the European Parliament hosted, under the initiative of MEPs Tanja Fajon and Franc Bogovič, the conference “Better Future for the Youth in the Western Balkans”.

The event included distinguish guests from EU institutions and the region, with an active young audience that readdressed the discussions several times and highlighting important points, demonstrating to be the protagonist, rather than the addressee, of the conference. The aim of the initiative, was to present the situation as well as the perspectives for the youth in the Western Balkans in a European framework. The entire conference, therefore, proceeded with this speed and rhythm: confronting the reality of WB with more positive future perspectives linked to what the young generations from the region have to offer, which explains why the title of the second panel was “Balkan youth bloom for brighter future of the region”. A message of hope was given – among others – by Corina Creţu, EU Commissioner for Regional Policy, who reminded the opportunities that this generation of youth is having, which is also the best educated generation the continent has ever had so far. Nevertheless, the message of hope was sided by two facts: the bitter reality characterising the region, with the high level of unemployment among young people, raising up to the 60% in Bosnia and Herzegovina, and the well-known problems of nepotism, cronyism and corruption that dissuade the well-educated and skilled diaspora to get back to their countries; but also, and this should be underlined, by the various initiatives promoted by the EU and, especially, locally in order to face these problems. Among the panellists and within the audience, there were representatives from various WB associations and groups working on the ground for better labour perspectives in the region. Such examples came from the Serbian Association of Managers, by the Regional Youth Cooperation Office, by the Institute for the development of youth mobility (MOVIT), by the Albanian Cooperation and development portal “Shtetiweb” and by the energy company NIS Europe (Naftna Industrija Srbije). All these examples offered in the second panel were standing there as concrete cases of regional cooperation and integration, demonstrating how the young generations in the Western Balkans are moving forward on their way to bring a change in the society, within a broader EU picture calling for such initiatives on the Western Balkans’ side.

Therefore, what should be emphasised is that this common hashtag gathered together this new generation from the WB who is willing to show its European partners that they are jointly ahead of this “Positive Agenda for the Youth in the Western Balkans”, agreed at Brdo-Brijuni last spring. That, on their side, they have been operating on the ground in order to build a better future within the EU, so that what they are waiting for is for the EU to recognise and, accordingly, to reward these efforts and positive examples. Telling these stories in Brussels, at the European Parliament, showing these positive examples of constructive partnerships and cooperation in the WB from representatives of civil societies and enterprises, is an incentive that should have its adequate weight in the Berlin Process, which – after all – is also about to improve the perspective of young generations in the Western Balkans.