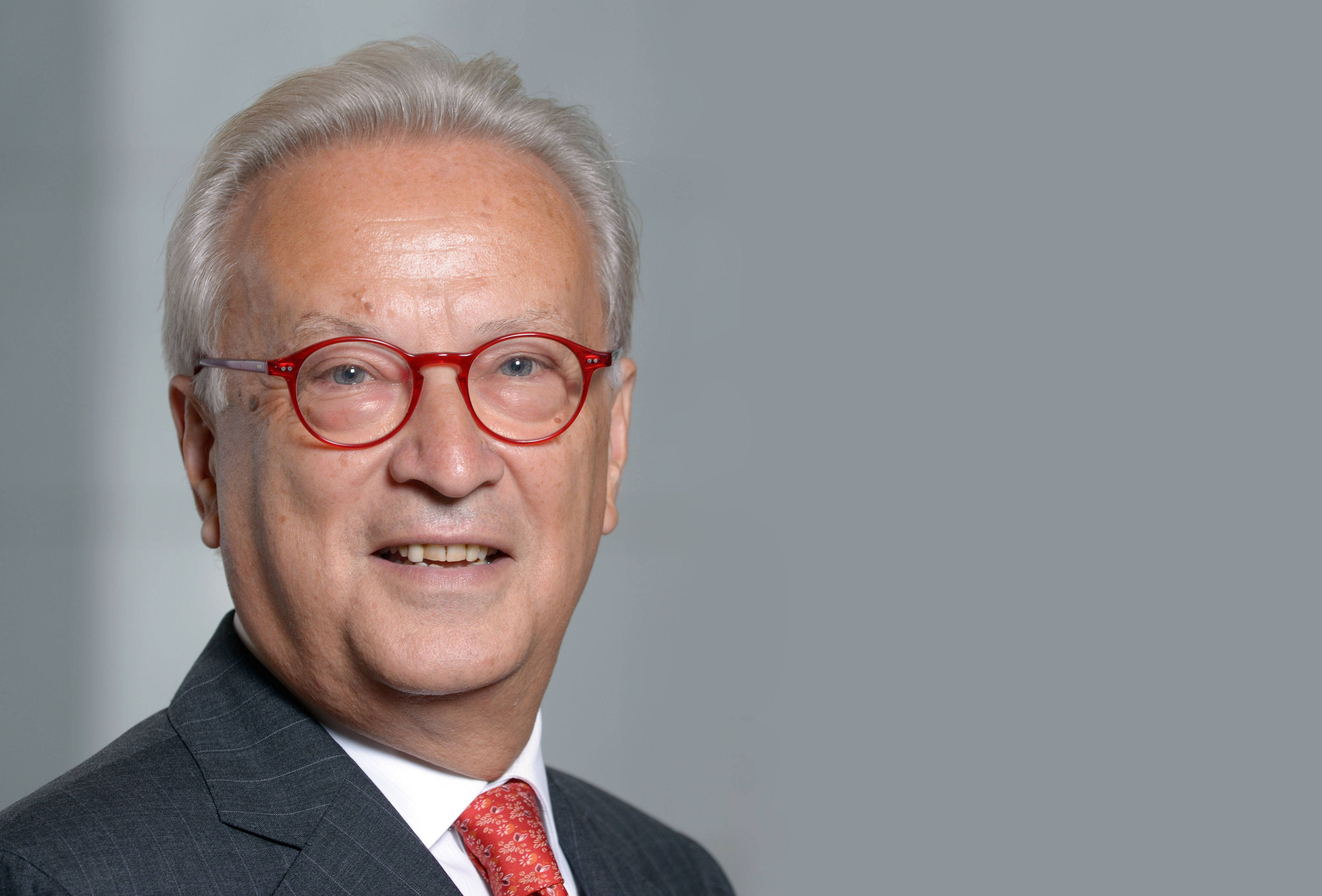 In an interview for European Western Balkans, Hannes Swoboda, long-time EU politician and former leader of the Progressive Alliance of Socialists and Democrats, addressed the state of Social Democracy in the Western Balkans: From the importance of media freedom to the crucial role civil society plays in further advancement towards EU.

European Western Balkans: Dear Mr. Swoboda, thank you for your time. We are interested in your evalution of the current state of Social Democracy in the Western Balkan countries.

Let us begin with Macedonia. According to the 2016 World Press Freedom Index, Macedonia remains the lowest ranked country of the EU enlargement agenda, deteriorating from #117 to #118. Although lack of respect for media freedom can be considered as a general phenomenon throughout the region, the situation in Macedonia is particularly worrying, given the current political crisis. Media freedom constitutes a crucial part of a well-functioning democratic state. What are your recommendations on how EU mediation should effectively contribute to the enhancement of social democratic values such as freedom of press? What future steps would you propose for resolving this crisis?

Hannes Swoboda: I think, that media freedom as such is a vital element of democracy and must be respected throughout the EU. This is the basis for all demands to the countries aspiring EU membership. Media freedom is only one element of deteriorated development in Macedonia. The EU Commission reacted too late and too little to the developments in Macedonia. This is the reason again and again basic parliamentary and media rights have been grossly violated. The EU must be very strict in its demands for free and fair elections. This presupposes that not only the EU Commission but also all member states must be respecting and actively supporting these demands to Macedonian political forces especially to the existing government and president. On the other hand Greece should be much more helpful in giving Macedonia a hand in the name issue.

EWB: Albania is the country with the biggest support for European integration in the region and the Prime Minister Rama also had the biggest support from the European leaders. What are the main obstacles for the EU path of Albania and what needs to be done to overcome them? Do you think that the most important problem is of economic or political nature?

HS: With the existing government and prime minister Edi Rama, big step forwards have been done towards democratic and modern governance. But it needs time until all the issues from corruption to reducing bureaucratic blockades can be overcome. Albania has a very lively, active and pragmatic civil society which should be much more brought into critically supporting the different reform processes. In addition the political dialogue  between the main political forces should be improved to guarantee the sustainability of the reforms.

EWB: Social democracy in Bosnia and Herzegovina also seems to be in crisis, especially in Republika Srpska, where a dominant nominally social democratic party is led by a statesman with a highly nationalistic rhetoric. Due to several internal issues, the EU integration process of Bosnia and Herzegovina is stagnating. What necessary steps need to be taken for the country to gain a new “momentum” in its progress?

HS: Besides Macedonia, Bosnia – Herzegovina has the most difficult way towards EU membership. The influence of outside political forces of the international community and  especially of the EU is limited. The threats of a referendum and/or split of the Republika Srpska should not be taken too seriously, nobody in the region would like and support such a step, as it would reduce their own integration chance. I do not see any chance to create the momentum for a “take off” in the process of rapprochement towards the EU, it must come from inside.

EWB: Montenegro has been shaken by a series of protests last fall. The country’s prime minister and unchallenged ruler for the last 27 years, Milo Djukanović has been accused of corruption, undemocratic practices and election fraud. Parliamentary elections later this year are set to hopefully end this prolonged political turmoil. However, the country’s deeply entrenched political cleavages remain an insurmountable obstacle for consolidation, threatening the state of democracy. What measures need to be taken for Montenegro to overcome those deep-rooted political divisons in order to strengthen social democratic principles?

HS: For the moment we only can hope, that the new elections will bring a new political frame for dealing with the urgent reforms and especially with the fight against corruption. Also in Montenegro there exists a lively civil society which is seeing clearly the reform deficits and necessities. One should give them support and make it clear to political authorities, that without them there will be no way towards the EU.

EWB: Kosovo’s efforts towards EU accession have been generously rewarded in May when the country finally received the EC’s recommendation for visa liberalisation. Such developments indicate a steady advancement and full commitment to the European path. S&D recently issued their full support for Kosovo’s integration and has praised the progress made in the reform process. Yet, key areas such as corrupion, anti-radicalisation and protection of human and minority rights still constitute areas of great concern. How can the EU effectively assist in addressing those challenges?

HS: Kosovo definitely deserves steps towards recognition of its existence and statehood by Serbia and the still missing EU member countries. But realistically it will not get its deserved recognition very soon. It must therefore concentrate on the internal reforms. Some first statements by the new president – who is definitely not new to the political scene – are promising but implementation must follow. It is also necessary to invite investors from outside including the diaspora to create jobs and stop the brain drain. Reforms will not follow recognition but recognition will follow after Kosovo has been stabilizing its political life and proven its viability.

EWB: Chapter 35 in the EU accession negotiations with Serbia, which is concerned with the normalization of relations with Kosovo, is both practically and formally the most important negotiating chapter. We already know that there needs to be a “comprehensive normalization of relations” with Kosovo according to the EU negotiating framework with Serbia. How do you see this “comprehensive normalization”? Do you agree that the European future of these two countries is closely intertwined?

HS: For Serbia we have to demand a clear commitment for respect of rule of law and media freedom. The way towards EU can only really proceed with having a clear strategy of implementing a democratic  governance and promoting an open and realistic debate about its relation to Kosovo. And it must recognize, that accepting and finally recognizing Kosovo as an independent state is the best way forward for itself and the Serb language speaking citizens of Kosovo – north and south of Mitrovica.

EWB: As of recently, a new wave of civic disobedience seems to have emerged from the streets of Belgrade. A series of protests has swept through the city. Last weekend around 25.000 people demonstrated against the illegal demolition of several buildings in the Savamala district. Even though multiple constitutional rights have been  breached by the masked perpetrators, Serbian authorities did not intervene and continue to show a lack of interest. This event casts a dark shadow on the government’s way of dealing with matters of public concern, moreover it exposes the failure of the state to protect constitutionally garantueed rights of the citizens in favor of shady business deals. On the other hand, it has helped arouse civic interest and unite the opposition block. Do you believe that the civil sector in Serbia stands a chance in a society in which media is in the hands of the ruling elites?

HS: Democratic government and governance includes respect for law by all its citizens. The authoritarian tendency of the present government and prime minster should give Serbia stability but on a democratic basis and respect also citizen’ rights but always within the law. And corruption should be defeated irrespective of personalities and neither corruption itself nor the fight against it should  be used for political purposes.

EWB: The state of social democracy in Serbia can be easily described as disastrous. In the latest parliamentary elections only a small percentage of votes went to leftist political parties. What is in your opinion the reason for such behaviour of the voters?

HS: The state of Social Democracy in Serbia is in a very bad shape. Too many personals aspirations and feelings prevented a united fight for social democratic ideas policies and weakened the attractiveness of its ideas. Only if these aspirations could be brought into a predominantly political orientation a new social democratic movement can be given a chance.

Miscevic: No guarantees about opening of Chapter 23 by end of June