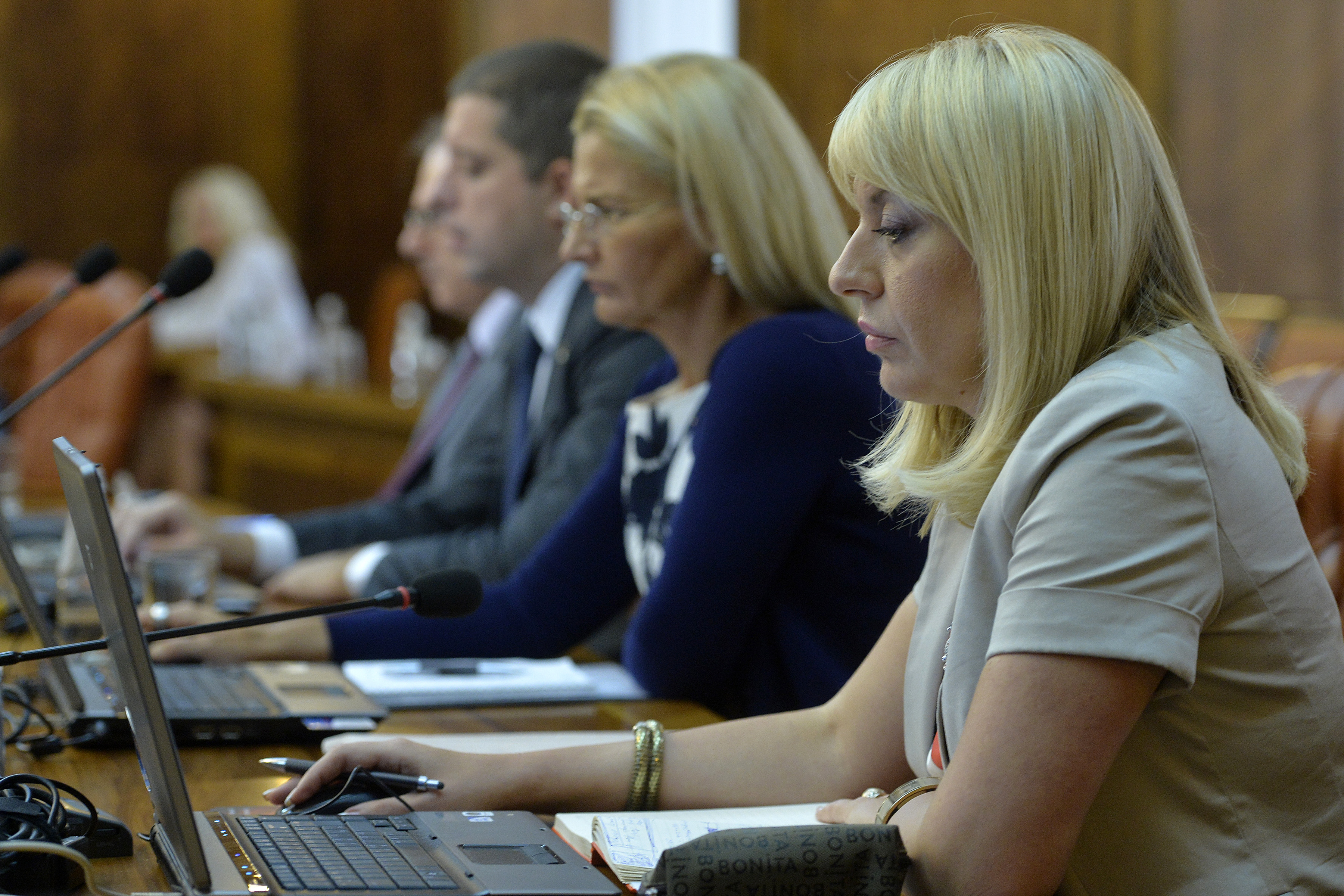 BRUSSELS – The EU’s decision not to open negotiation chapters in Serbia’s accession talks at a time when new chapters are set to be opened with Montenegro and Turkey is a broader political message indicating a slowdown in Serbia’s progress on the path towards the EU, says Minister for European Integration Jadranka Joksimovic.
Belgrade had been pointing to the possibility of the chapters not being opened, while hoping until the very last day that they might be opened by the end of the Dutch EU presidency, Joksimovic said.

Thursday’s news that chapters 23 and 24 in Serbia’s accession talks will not be opened would not have come as a surprise had the EU not decided in the meantime to open new chapters with Montenegro and Turkey, she said.

“We would have understood this if there was insufficient coordination as a result of all the developments in the EU at this time and if this had been done with all countries involved in the process,” Joksimovic said.

The decision will not derail Serbia from the path towards the EU or reforms, she noted.

BELGRADE – The procedures concerning the opening of chapters 23 and 24 in Serbia’s EU accession talks are continuing within working bodies and Serbia is ready to open them immediately, but when they will be opened is up to the EU member states, says Serbia’s chief EU negotiator Tanja Miscevic.

The member states need to reach a compromise to enable Serbia to move on in the EU integration process, Miscevic said, thanking the Netherlands, which has held the EU presidency over the past six months, and other member states for their engagement on the matter.

“The member states understood well why it is important to open chapters relating to the rule of law,” Miscevic said in Brussels.

“Those are chapters underpinning reforms in society, as well as Serbia’s development agenda,” she said.

“Der Standard”: Kurz’s appearance in Skopje came too late as did compensation for the refugee crisis