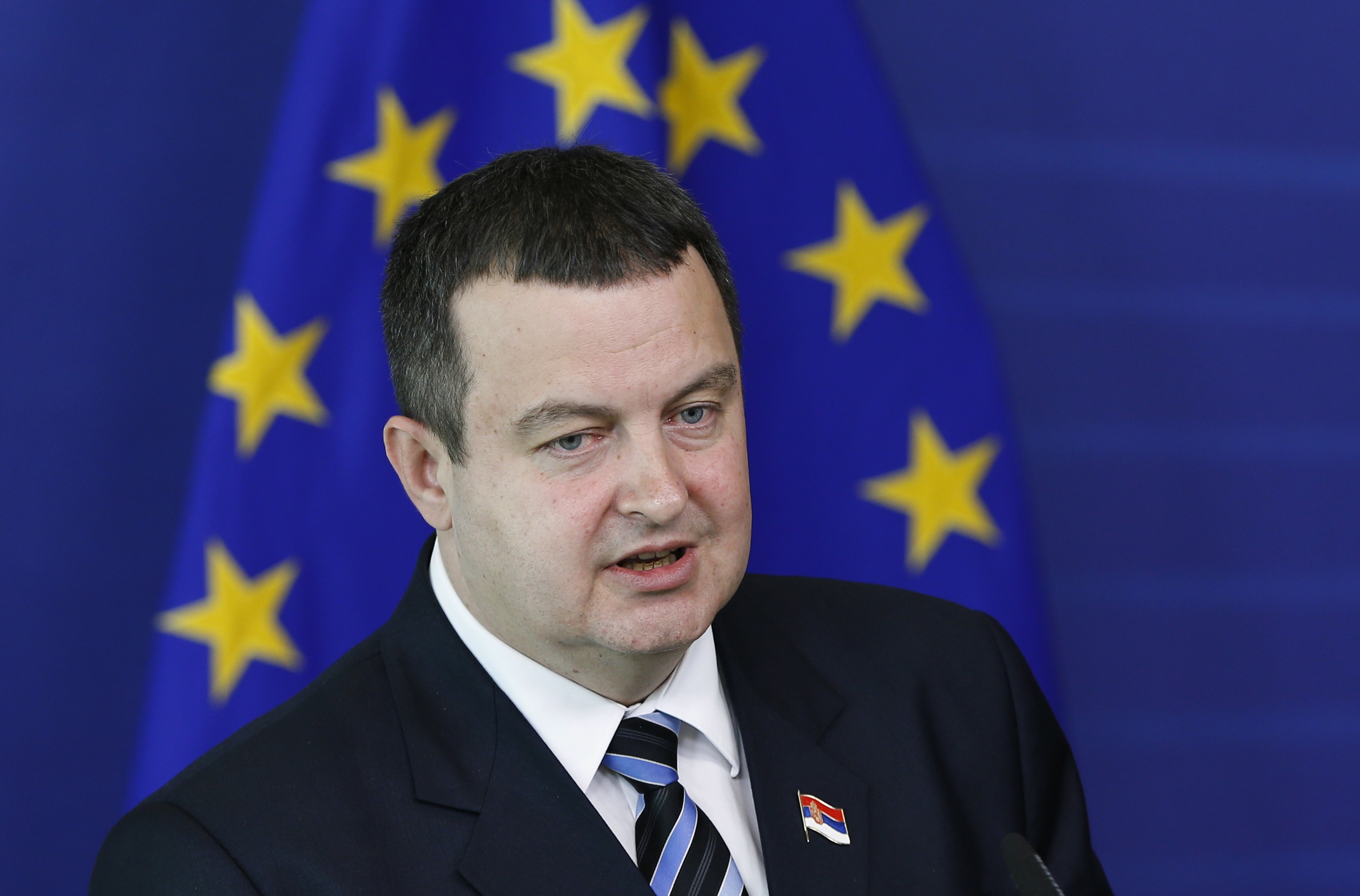 PARIS – Address by the Vice-Prime Minister and Minister of Foreign Affairs of the Republic of Serbia, Ivica Dačić at the Summit on the Western Balkans in Paris:

I would like to express my gratitude to our French partners for organizing third Summit on the Western Balkans reconfirming their commitment and interest to bring our region closer to the rest of Europe, by making it more visible and better connected. Connecting people, connecting regions and connecting economies, are the most important assignments we did put in front of us, tackling every single challenge, on the road that started in Berlin, through Vienna and, today here we are in Paris, the city of light.

We all agree that the key word at the Summit should be – delivery. We all commited ourselves to enhance our regional cooperation, to implement many measures meant to enable great infrastructure projects in transport and energy, to facilitate trade among us and, I’d like to underline, surely the most important – to take our youngest generation along the “road of the common bright future”. We do work hard to help them not to repeаt the same mistakes we made in the past.

Even though the recent developments, along with the “Brexit” have sent very wrong messages to us, we do expect that the EU perspective of the Region is going to remain on the EU agenda.

Although Serbia has recently gone through the elections, the EU integration process did not stop. The accession negotiations are laden with many temptations, but Serbia is firmly committed to continue this journey. But now, when “Brexit” has challenged the faith into Europe, European Union has sent completely unacceptable message to Serbia. Serbia has fulfilled all the conditions set before her in the accession negotiations for opening chapters 23 and 24. Serbia invested huge efforts into conducting the political and economic reforms, and on preserving regional stability, but European Union decided to continue accession negotiations with Turkey and Montenegro, and not with Serbia. What kind of message is that? How are we supposed to understand it?

Today we heard news from minister Kovač that it might be that one remaining member state – Croatia will give its consent to proceed with opening of chapters 23 and 24. Such development would be an encouragement that things are going into positive direction. It would also be a praise for Serbia’s overall efforts invested in the EU integration process.

Esteemed colleagues, with all the burden from the past, Serbia and the region invested themselves in achieving closer cooperation, by building stronger ties in different fields, especially among the young people. In that sense, Prime Minister Vučić’s initiative in the scope of the Berlin Process, to establish the Regional Youth Cooperation Office (RYCO) was quite a success story, very well received by his Albanian counterpart and other partners in the Western Balkans. We do believe that the Agreement on RYCO, to be signed today, is an important step forward. Having made major contributions to its success and the creation of RYCO, Serbia is proud to have been a resolute supporter of this process from the very beginning.

Serbia’s role during the migration crisis was very well assessed by our regional and other international partners. Since the beginning of the crisis, we believed in a common European solution, hoping it might be swiftly implemented.

If we are talking about terrorism, there are some threats in the region, mostly exported from abroad, which, unfortunately, found fertile ground in our sensitive region. Education, integration, respect of human and minority rights are of crucial importance. We express, once again, our deepest regrets for the losses of lives in the terrorist attacks in Paris, Brussels, Istanbul or when the plane carrying Russian tourists was hit and crashed down, and we send a determined message that fear cannot and will not prevail.

At the end, I would like to reiterate that Serbia fully supports the EU integration process of the Western Balkans region. We are devoted to peace, stability, cooperation, reconciliation and understanding, and we don’t expect more than that from anyone, not even from Europe. We simply expect a kind of basic respect – if we are honest, the others to be honest, too. If we respect the deals, the others should also respect them, and if we do what were told to do, not to be punished in any way. Now it is European turn to say clearly and loudly whether it would be enough, and whether we are perceived as a part of Europe or not.

We still believe in the future of EU and in sense and good will of us all.

Ladies and gentlemen, thank you for your attention.

Hahn on the Justice Reform process in Albania