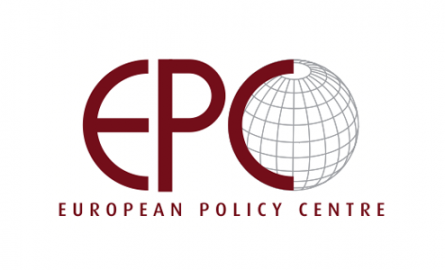 BRUSSELS – Convergence, imbalance and competitiveness were three keywords that recurred frequently in the last European Policy Centre (EPC)’s conference on the EU economic strategy towards the region, which was held on 7 July in Brussels. The purpose of this event, titled “The EU and the Balkans: in pursuit of economic convergence”, was to discuss about what is needed to get the Balkans’ economy on a healthy footing, assessing whether or not the current EU strategy is the best solution to address the economic problems in the region.

The panel gave different and – at times – opposing perspectives on the question. According to Uwe Stamm (Head of Unit for the enlargement countries in DG Economic and Financial Affairs – DG ECFIN – at the European Commission), the overall picture is not so positive. To date, none of the Balkan countries is ready to join the EU in economic terms. Despite the EU engagement of the past years to stimulate trade and investments, WB countries are not yet fully functional markets ready to compete with the EU internal market. There is a huge gap between WB and Member States, even in comparison with Central and Eastern Europe. Therefore, convergence and imbalances need to be further addressed in the region. With regard to competitiveness, more efforts need to be tackled as well, since the business environment is very difficult and the exports are not really diversified. In Stamm’s opinion the reason why the region is lagging behind is partially due to historical explanations, however the problems that these countries are facing in terms of rule of law, corruption and organised crime affect negatively the economic development too. In addition to that, he stated that the political instability (i.e. in Macedonia) of the recent years and the complex institutional setup of some countries (namely BiH) can have a negative role as well. To discuss the EU approach, together with Commission’s functionary Stamm from  DG ECFIN, the panel included Andreas Papadopoulos (a Special advisor for DG Neighbourhood and Enlargement Negotiations – DG NEAR) and Birgitte Bjørnbak from the Danish Ministry of Finance. They both agreed that the EU’s current approach focuses more than in the past in the economy sector, moving to structural reforms which are seen as the most important ones in order to ensure a better preparedness for the EU market, helping the candidate countries to get ready for membership and to do not move immediately from accession negotiations to excessive deficit procedures. Moreover, there is a broad consensus among WB countries on what are the priorities to be achieved and they both stressed on the importance of dialogue. The conference also gave an opportunity to present concrete examples from the region, among the panellists figured also Milovan Filimonović – State Secretary at the Ministry of Finance in Serbia – who explained the implementation of such reforms and the agenda set for Serbia in light of the EU economic strategy. The event also tackled discussions about the Berlin Process and its relation with the Commission’s reform agenda, which indeed could be perceived as an alternative initiative in parallel to the EU-led process. However, when asked on how the two initiatives stand together, the panellists were rather unanimous in saying that the two processes (the EU-led one and the Member States’ one, aka the “Berlin Process”) are not in contrast with each other and that, conversely, they are complementary and mutually reinforced, with the Berlin Process focusing on broader issues (including good governance and growth) and the Commission’s economic strategy intensively focusing on economic and financial dialogue more specifically. Finally, an interesting and critical perspective was given by Dušan Reljić, Head of the Brussels office of the German Institute for International and Security Affairs. According to the expert, there is little to hope for in the EU economic strategy. As far as he is concerned, the solution prospected by the EU has not worked in the last fifteen years and it is rather doubtful that the socio-economic situation in the region will ameliorate in the next fifteen. WB have faced divergence rather than convergence, with high imbalances that are strongly present in the ground and, in addition to that, an enormous migratory phenomenon that is affecting young and well-educated people. Even according to the most positive World Bank analysis, as Reljić refers, the growth foreseeable in the region is relatively slow and by the time it produces effects another generation will be lost (if there is a growth of 6/7% per year in the region, it will take about twenty years to reach the average of EU 28). Hence, what he proposes is to widen the EU toolbox and to properly consider WB countries as Member States without voting rights, providing them structural cohesion funds, access to the labour market and other measures of further integration. WB countries are not in the neighbourhood of the EU, actually they are already part of the EU both geographically and economically, inasmuch 85% of the trade is with the EU and 90% of the banking capital of the region belongs to EU banks. Therefore, Reljić suggests to think outside of the box and consider more possibilities on the EU’s side because the approach “let’s see what will happen” will not bring any result.

In conclusion, we have to acknowledge that the development of WB also affects the EU itself because it directly touches the European promise of prosperity, well-being and stability. In these years, we are witnessing a double effort on the EU side, considering that efforts are coming both from the Member States (with the so-called Berlin Process) and the EU institutions (with the new economic strategy), with the emphasis being strongly placed in the Copenhagen economic criteria more than ever. Some of the ideas raised in this EPC event are actually large-scale debates at the EU level that trigger discussions even within the EU, such as for the conditions for EU funds or the openness of the internal market. Addressing these kind of discussions, assessing the elaboration and implementation of the economic agenda, as well as suggesting to “think outside the box” and considering new original scenarios, is something needed more than ever when the EU faces the integration process of WB.