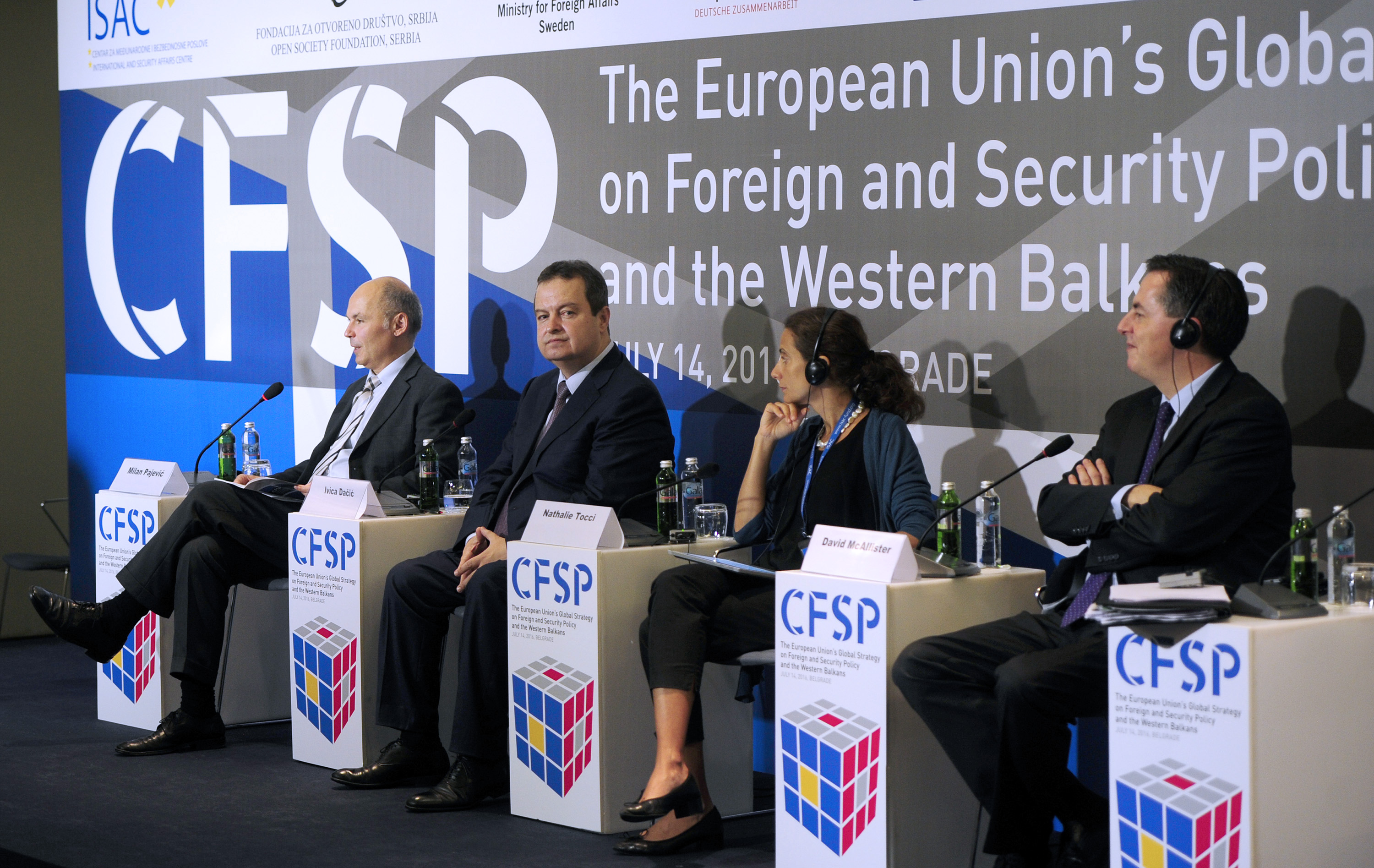 BELGRADE – The statement saying that there shouldn’t be a debate on more or less EU, but on the better one and that the enlargement policy of the EU should and will be strengthened and fostered despite the current challenges are only few of many messages the speakers of the conference “The European Union’s Global Strategy on Foreign and Security Policy and the Western Balkans” shared. The panelists of the conference organized by ISAC fund on 14 July conveyed to participants the core visions and directions of the way the EU will overcome major contemporary challenges and the extent to which it affects Western Balkans.

Opening remarks were given by Milan Pajević, the Chairman of the ISAC Advisory Board and the German Chargé d’ Affaires Alexander Jung. This was followed by an Introductory Panel on the changes the EU’s Global Strategy will cause. All the speakers – Nathalie Tocci, special adviser to EU foreign policy and security chief Federica Mogherini, David McAllister, European Parliament rapporteur for Serbia and Ivica Dačić, Deputy Prime Minister and Foreign Minister – were optimistic about the EU enlargement policy despite the difficulties, whereas Mr. Dačić remained firm about the Serbian national interest being taken into account just like the aspiration towards the EU membership.

The first session on Common Foreign and Security Policy, the new Global Strategy and the Western Balkans was moderated by the journalist Ljubica Gogić. The participants – Barend ter Haar from the Netherlands Institute of International Affairs Clingendael, Marina Jovićević, Assistant Minister for European Union at Ministry of Foreign Affairs and Igor Novaković, Research Director at the ISAC Fund – looked back on what had been done concerning the process of harmonization and the role of Serbia as a candidate country. The essence of integration of the key elements of the strategy is emphasized.

The aforementioned session is followed by the second one, named “The Creation of the European Security Policy and the Role of the Civil Society”. Last but not least, the session was addressed to all the NGOs, activists and people that influence and/or deal with the issues discussed. The speakers were Nathalie Tocci and Tanja Miščević, Chief Negotiator for Serbia’s accession negotiations and the session was moderated by Jadranka Jelinčić, Executive Director of the Fund for an Open Society.

The borders between Serbia and Croatia are open!