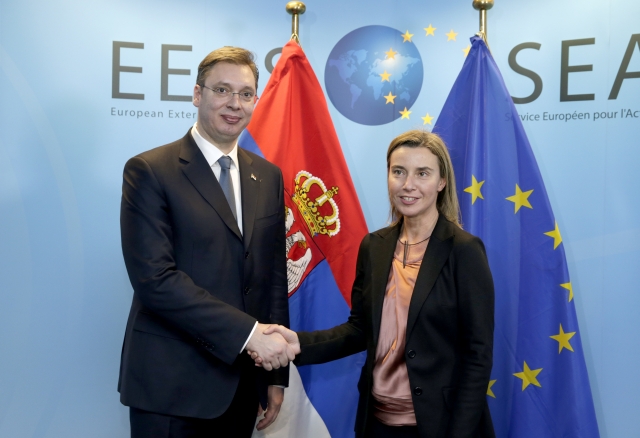 Following Monday’s Intergovernmental Conference where Serbia opened two crucial chapters in the accession negotiations – Chapters 23, Judiciary and fundamental rights and 24, Justice, Freedom and Security -, the High Representative and the Prime Minister welcomed this important progress on Serbia’s path towards the European Union. Both chapters are required to be tackled early in the enlargement process in order to allow Serbia to start developing a solid track record of reform implementation in the rule of law area.

HRVP Mogherini and Prime Minister Vučić also discussed the EU facilitated dialogue between Belgrade and Pristina, in particular the current state of implementation of agreements reached. They agreed on the need to see the agreements reached in the dialogue implemented as soon as possible. They have also discussed future work in the framework of the dialogue for normalisation of relations between Serbia and Kosovo.

Kovač: Gov't has agreed to set deadline for suspension of Serbian jurisdiction law