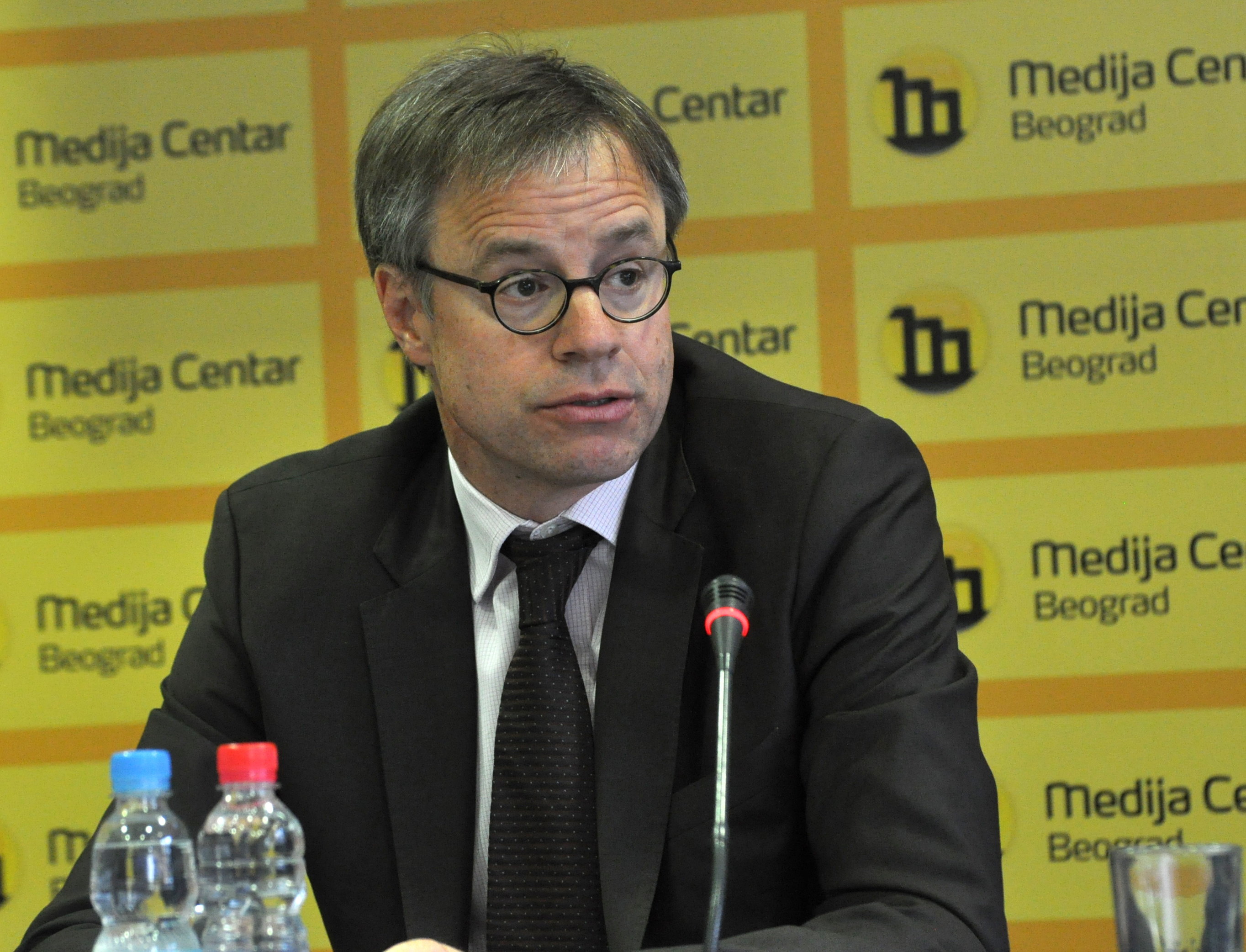 Today we continue with a series of interviews under the title, Diplomatic Series, in which we speak to ambassadors of European Union [EU] member states about topics of EU integration and the role of member states in the process of accession of Western Balkan countries to the EU.

Interview: Ambassador of Federal Republic of Germany to Republic of Serbia, Axel Dittmann

European Western Balkans: Dear Mr Dittmann, Your Excellency, thank you for your time. At the beginning of this short interview we would like to ask you the question we ask all our interlocutors – What does the European Union represent to you?

Axel Dittmann: First of all: The European Union is a unique achievement. It originated out of the wish for peace and stability in Europe.

Since its foundation almost 60 years ago the EU has been an enormous success story. Along its way it has experienced diverse challenges which we have always overcome.

The Brexit decision now is an enormous new challenge.The outcome of the referendum in the United Kingdom is of course very disappointing. I am nonetheless convinced that the EU will remain strong and the basis for prosperity and the good future of its citizens. Being the biggest internal market in the world the EU offers excellent conditions for business and customers. It offers great job and study opportunities to its citizens that can freely move across the EU. However, the EU is much more than a common market. Its real strength is that it unites different cultures and traditions but that we all share the same values: the values of human dignity, liberty, democracy, equality, the rule of law and respect for human rights. Hence, EU is a union of values.

As they are different countries, EU members do not necessary have to agree about everything when they start discussing an issue. But it is because they share a common set of values that disagreements between them can be solved around the conference table through dialogue and discussion among its members.

EWB: In the perception of the Western Balkans countries, including Serbia, Germany is seen as someone who has the main and final word in matters of European integration in the European Union. Honest broker to some extent. After the most recent dispute regarding the opening of chapter 23 with Serbia, conditioned by Croatia with requirements concerning bilateral disputes, can you tell us should this dispute be primarily resolved bilaterally between the two countries or trough EU institutions?

AD: The joint basis for the accession negotiations is the common negotiating framework. It was adopted by all EU member states in January 2014 and accepted by Serbia. This framework attaches high importance to the chapters dealing with the rule of law, namely chapters 23 and 24. Germany strongly supported the opening of these chapters and I am happy that it has been done on 18th of July. We think that Serbia has fulfilled the preconditions for opening these very important chapters. At the same time we have to stress that the opening of the chapters is only the start of a deep transformation process in this area – there are many challenges ahead and this is exactly why they need to be tackled early. It is crucial for Serbia to continue the reform process and its final goal should be closing of the chapters and the full EU-membership. Germany will continue to support Serbia on its European path as a reliable and honest partner.

When it comes to disputes between neighboring countries it seems important to me to distinguish between two kinds: bilateral or those concerning the joint EU acquis. The former have to be solved bilaterally and are not related to the accession negotiations while the latter have a substantial influence on the negotiation process.

EWB: What is the position of Germany about bilateral disputes in the Western Balkans, because it is obvious that during the negotiation process of all countries, disputes like this will occasionally appear? Because European Western Balkans is regional portal, so can you tell us how would you comment the situation in the region, which faces occasional severe tensions in the relations among Western Balkan states?

AD: As I already pointed out – bilateral, regional disputes are to be settled primarily by the countries themselves. For Germany it is however very important that the region cooperates successfully and makes progress towards the EU. Having this goal in mind, Chancellor Merkel and Foreign Minister Steinmeier initiated three years ago the so-called “Berlin Process”, a yearly conference of the countries from the WEB-Region where concrete joints projects and the cooperation with the EU are being discussed. This conference that already took place in Berlin, Vienna and Paris, has brought substantial progress to the regional economic and cultural relations: concrete agreements in the field of infrastructure have been settled, and the regional youth office has been established.

Western Balkan countries have a turbulent recent history and it is exactly because of this history that conferences like the Berlin-Process are very important. Connecting young people and gathering different ministers of the WEB-Countries around one conference table is an important step for the WEB-countries in coming to terms with their past, and in inventing their future together.

AD: As mentioned before, the basis for the EU accession negotiations with Serbia is the common negotiation framework adopted in January 2014, as Serbia started the negotiation process with the EU. Germany took active part in drafting this document and the German government consulted with our Parliament, the Bundestag, to make sure that their opinion was duly reflected. It was on this basis that EU member states agreed last year to opening the first chapters after the relevant conditions had been met.

It is now important to continue the political, economic and social reform, which is ultimately for the benefit of Serbian citizens, not for the benefit of Brussels. These reforms are not easy, but in the long run they will improve working and living conditions in Serbia.

EWB: The promises of European integration are widely perceived as a driving force behind the dialogue between Serbia and Kosovo. However, it is still unclear how is this process going to end. Do you think that “comprehensive normalisation” of relations between Serbia and Kosovo, required by the EU from Serbia through negotiating chapter 35, necessarily entails the Serbian recognition of the independence of Kosovo or there are other solutions?

AD: First of all I would like to recall why the Kosovo issue is important in the context of the EU accession process. There are still many issues to be solved between Belgrade and Pristina. This is why the EU High Representative and her team continue to facilitate the dialogue process. This is a crucial precondition before Serbia can join the EU because we cannot accept to import a regional conflict into the EU. The normalization process is also of crucial importance for citizens in Serbia and Kosovo to improve their living conditions.

For this reason the EU negotiating framework made clear that the two processes of EU accession and normalization of relations between Serbia and Kosovo need to go in parallel. At the end of these parallel processes and before Serbia’s EU accession there needs to be a legally binding agreement on comprehensive normalization of their relations. This is the benchmark.

EWB: After visits of some German officials to Serbia, many are under the impression that Germany does not acknowledge the importance of issues such as the increasing of rule of law and media and political freedoms. Where is the limit that will elicit a reaction of Berlin?

AD: I do not share this impression. To the contrary: We attach highest importance to rule of law issues. They are the core of the transformation process. The last EU country report stressed substantial deficits in the areas addressed in Chapter 23 and 24: fight against corruption, independence, impartiality and efficiency of judiciary and freedom of expression. Germany supports reforms in these areas and recognizes the huge challenges ahead. This is exactly why we wanted these chapters to be opened first and these problems to be addressed first! The action plan provided by the Serbian government is a good basis to achieve this.

EWB: Your Excellency thank you for your time. We wish you very best in your work in Serbia in next period.