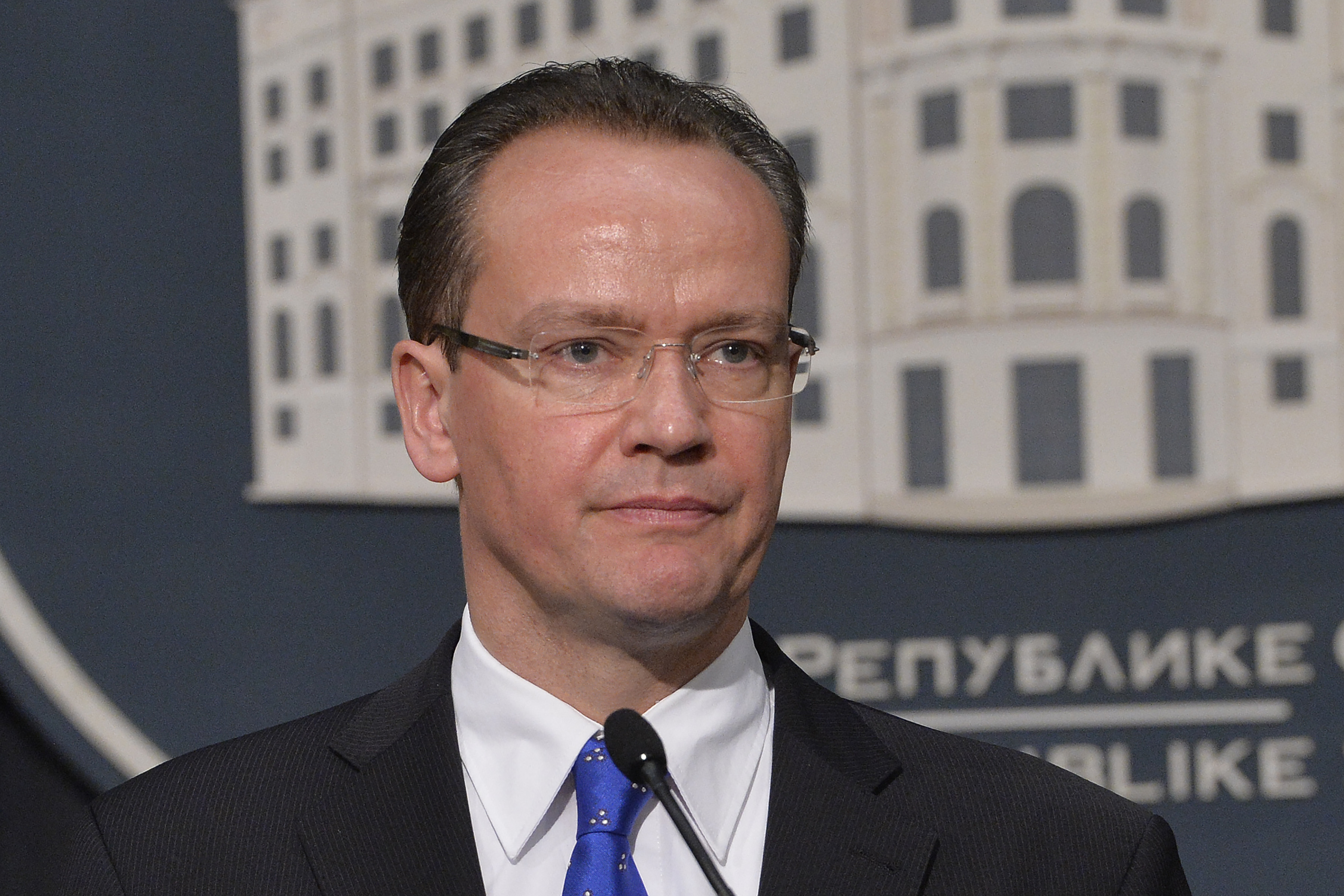 In an exclusive interview for European Western Balkans, Chairman of the Committee on the Affairs of the European Union and member of the German Bundestag, talked about comprehensive normalisation of relations between Serbia and Kosovo, Croatian government’s demands, rule of law in Serbia…

European Western Balkans: At the beginning of this short interview we would like to ask you the question we ask all of our interlocutors, what does the European Union represent to you?

Gunther Krichbaum: The European Union is primarily a peace project. After two terrible world wars last century, we have learned to resolve our conflicts peacefully and through dialogue. Despite all the current crises, we must never forget where this idea came from. For the sake of the future this needs to remain our benchmark and commitment.

EWB: While Serbia is firmly on the path towards full EU membership with more negotiating chapters expected to be opened soon, nevertheless there is a significant decline in support for EU membership among the country’s residents and certain Russian influences are visible – even in the composition of the new Serbian government. Do you think this Russian influence can be a serious threat to EU integration for Serbia and where do you see Serbia’s position between the EU and NATO on one side, and Russia on the other?

GK: The 28 EU member states co-operate with Russia in very different ways. Before the economic crisis in Russia, which was triggered by the fall in oil prices, Germany was Russia’s third most important trading partner. It follows, then, that there is nothing wrong with Serbia maintaining close economic relations with Russia even after joining the EU. But the EU is not only an economic community, it is above all a political union that shares common values. Therefore, it was natural for the EU to sharply condemn the illegal annexation of Crimea and to impose sanctions on Russia. Whether Serbia would like to become a NATO member state someday, like its neighbors, is entirely up to Serbia.

EWB: What do you consider to be the biggest obstacles Serbia will face on its path towards EU membership?

GK: The challenges facing the former communist and now transitioning countries of Eastern and Southeastern Europe are very similar. If a country wants to join the EU, it must meet the European standards of an independent judiciary, the separation of powers, freedom of the media, the protection of minorities and having good neighborly relations. They will also have to actively fight corruption on all levels of the government. The EU will not allow any cutbacks here.

EWB: The promises of European integration are widely perceived as a driving force behind the dialogue between Serbia and Kosovo and the Brussels Agreement. However, it is still unclear how this process is going to end since Serbia claims it will never recognize the independence of Kosovo. Do you think that “comprehensive normalisation” of relations between Serbia and Kosovo, required of Serbia by the EU negotiating chapter 35, necessarily entails the Serbian recognition of the independence of Kosovo or are there other solutions?

GK: In recent years, there has been great progress in the relationship between Serbia and Kosovo, which was largely enforced by Prime Minister Vučić. Still, both countries are far from having good neighborly relations, as Germany maintains with its neighbors for example. Therefore, the Chapter 35 negotiations will certainly be among the most difficult and tedious ones. Presumably, this chapter is only going to be closed at the very end of the negotiations.

EWB: During the recent controversy over the Croatian government’s demands at the opening of Chapter 23 in the EU accession negotiations with Serbia, there was an impression that Germany had exerted pressure on Croatia to back down and for the two sides to find an agreement. What is your opinion about this case and about the general possibility of EU member states using their membership to create conditions regarding bilateral disputes to candidate countries?

GK: Concerning this matter, I have already expressed myself unequivocally several times. For me, it is unacceptable for an EU country to block the accession negotiations with a candidate country because of bilateral disputes. When Slovenia blocked Croatia’s accession process because of a dispute over the border demarcation in the Bay of Piran, I had expressed my opinion in favor of Croatia. Bilateral disputes need to be resolved bilaterally. To assist this process, there are not only international dispute settlement bodies, but also the EU and Germany are willing to mediate in certain cases. These disputes must not be made an issue for the EU. I very much hope that this irritation will quickly be a thing of the past after the elections in Croatia. After all, the government has already articulated a change in of position here.

EWB: Several years ago, your late colleague Mr. Andreas Schockenhoff came to Serbia with a list of 7 conditions of the German Bundestag. Later these conditions had transformed into 11 conditions for Serbia to start negotiations with the EU. Negotiations were started in spite of these conditions, which were largely forgotten with some of them remaining unfulfilled. Why did the Bundestag change its approach towards Serbia and allowed the start of negotiations without Serbia complying with all preconditions?

GK: As required by my parliamentary faction, the demanded seven points have largely been met, which is why last year the German Bundestag could give the green light for opening the first negotiating chapters. However, in a resolution on 27.6.2013 the Bundestag has made it clear that the accession negotiations can only be concluded once the arson attack on the German Embassy in February 2008 is fully investigated and the perpetrators are brought to justice. We will not tolerate any false compromises. This is a matter of rule of law.

EWB: While the European Commission Country Report for Serbia contained a lot of negative remarks, in November 2015 you said that you are very happy about the positive remarks in the report. Also, many are under the impression that Germany does not acknowledge the importance of issues such as the decreasing of the rule of law and the reduction of media and political freedoms. What is your opinion of these accusations?

GK: Obviously there is a misunderstanding here. Of course, for Germany— as for me personally — the rule of law, along with the fight against corruption, the independence of the judiciary, and media and the freedom of the press are indispensable and non-negotiable. At the same time I am glad that the Commission, through its progress reports, clearly addresses the problems and negative developments in each individual country. It is quite clear that Serbia still needs to implement many reforms in politics, administration, the judiciary and the economy before the country can join the EU. Nevertheless, the efforts and the progress made, largely achieved by Prime Minister Vučić, must be acknowledged. Serbia is well on its way towards the EU, even though the accession negotiations will certainly continue for several more years. Germany supports this path very actively, which can be seen in the Berlin Process, initiated by the German government.

EWB: After the recent protests in Belgrade, the EU and the USA alike were accused of trying to overthrow Prime Minister Vučić, a position promoted by certain media close to the government. After this, PM Vučić’s visits to both Brussels and the United States were cancelled. Do you think that this controversy may lead to a worsening of relations between Serbia and the EU?

GK: Demonstrations and protests against a freely elected government are part of the freedom of expression and completely natural in a democracy. However, nobody in Germany has an interest to topple the re-elected Prime Minister of Serbia or to destabilize his government. The image that is drawn here is false and absurd. Our relations are very close and constructive, and are becoming even more friendly and amicable through the negotiations. Claiming that someone wants to overthrow the freely elected Prime Minister is nonsense.