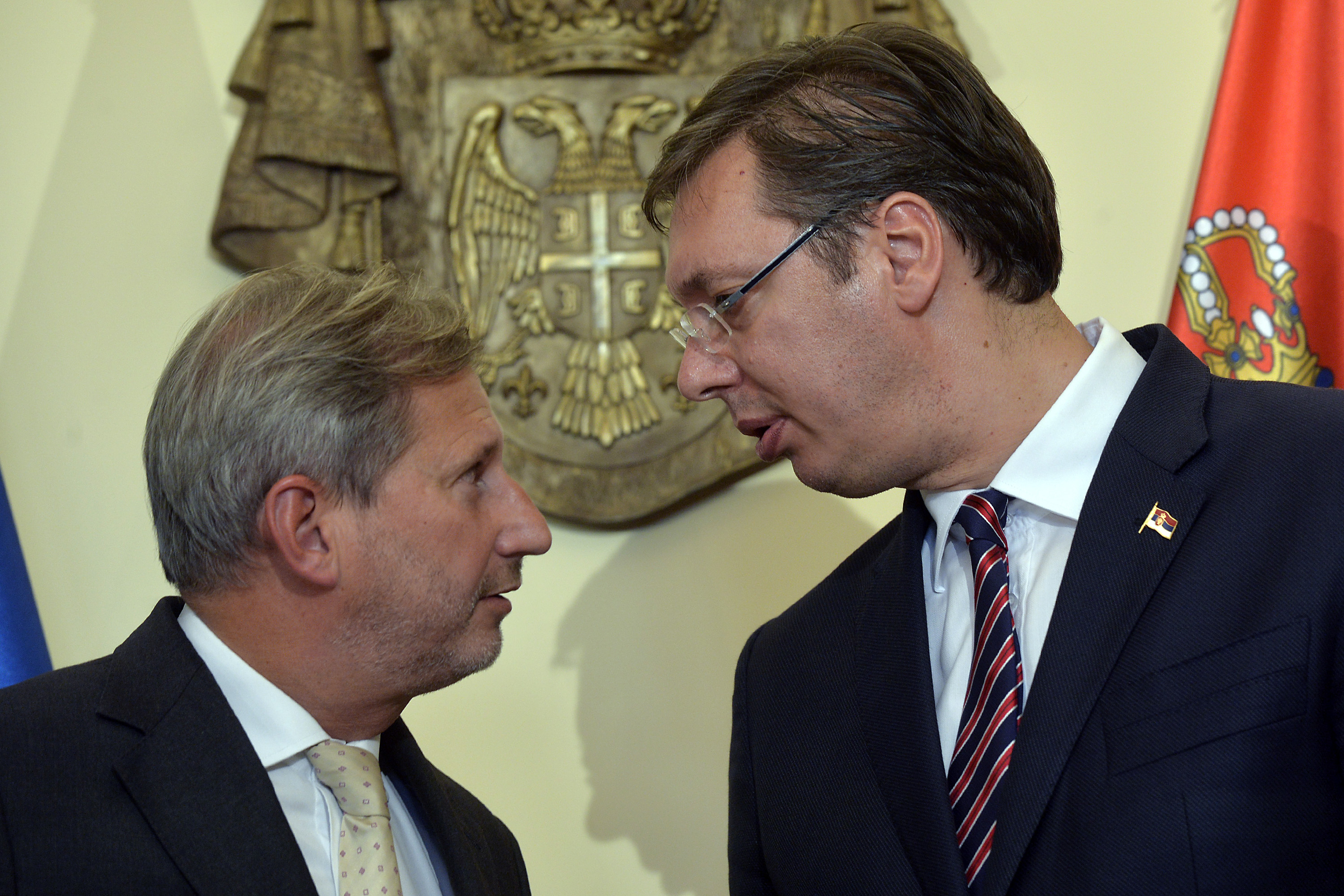 On Monday evening, Serbian Prime Minister Aleksandar Vucic addressed the nation via public broadcaster RTS and talked about the emerging surplus in the state budget, the newly-opened 40-kilometre-long highway in central Serbia, and an alleged assassination attempt against him.

What the prime minister did not talk about were issues relating to the apparent backsliding of democracy (mentioned in a recent report by Freedom House and in the Bertelsmann Stiftung’s Transformation Index), strengthening the rule of law, and protection of the individual rights and freedoms of Serbian citizens.

It is expected that precisely these topics will take up much of the attention in the European Commission annual report on Serbia’s progress towards EU membership, which is scheduled for release on Wednesday.

When EU accession negotiations began in 2014, the EU’s power became visibly transformative in Serbia. The process of examining the alignment of Serbian legislation with the EU’s acquis communautaire successfully ended in March 2015, and subsequently four out of 25 negotiating chapters were opened.

Among other things, this has caused significant improvement in the country’s economic governance, the reform of public administration and the largely constructive role Serbia played in refining regional cooperation.

During the past year, EU officials have publically commended the government’s response to the unprecedented stream of refugees and asylum-seekers from the Middle East who have entered Serbian territory.

However, the past 12 months have also seen important instances of democratic backsliding in Serbia exemplified by the illegal demolition of several sites on the Belgrade riverbank in the Savamala district’s Hercegovacka Street in order to pave the way for the controversial Belgrade Waterfront project, a smear campaign against country’s independent state institutions, and continuous attacks against independent media outlets.

Moreover, not much progress has been made in improving the independence and efficiency of the judicial apparatus since the last European Commission annual Progress Report.

Although the government drew up an action plan for judicial reform, as required by the European Commission in order to open accession negotiations with the EU in Chapter 23 on the Judiciary and Fundamental Rights, the actual implementation of the plan is still pending.

Attempts to exert political influence over the judiciary continued over the last 12 months, and were most visible in the removal of the Chief War Crimes Prosecutor Vladimir Vukcevic from office before the end of his mandate.

Despite the fact that Prime Minister Vucic’s rise to power was based on promises to fight corruption, his government has so far failed to deliver tangible results in this sphere, whereas the number of corruption-related court convictions remains small-scale in comparison with the number of high-profile cases opened and investigated.

Despite the aforementioned shortcomings, early parliamentary elections held in April 2016 reaffirmed Vucic’s rule in Serbia, giving him a chance to consolidate new type of illiberal political system which formally commits to EU integration and internalises the reform discourse, but in practice continues to govern through informal rules and clientelism – both of which are part of the toolbox of populist rulers with an authoritarian streak.

This should put the EU Commission in a very tight spot concerning this year’s progress report on Serbia.

The Commission’s annual progress reports are an important contribution to the debate in the countries under scrutiny. Hence, as of last year the Commission has made a number of changes to its enlargement package by increasing the strategic focus on rule of law, public administration reform, economic development and competitiveness.

More importantly, it has pledged to dedicate more scrutiny to the actual state of play and the accession countries’ preparedness for taking on the obligations of membership in the aforementioned fields.

However, as observed in a comparative analysis of last year’s reports, the Commission’s assessment is still drowned in too many words and bureaucratic descriptions with unclear mid- and long-term guidance for what countries are expected to do in the years to come to fully meet EU conditions.

More worrisome is the fact that the EU has developed a pattern of remaining rather silent on democratic deficiencies in the Balkans, even when confronted with concrete evidence, as in the case of the wiretapping scandal in Macedonia.

While the EU continues to focus on the smart design of formal institutions, it seems that it is also willing to shortchange the state of democracy for the sake of other reasons, most notably the stability of the region.

Paradoxically, if things continue as they are, the Viktor Orban-like Serbia would result not only in less liberal democracy but also less stability, as already can be observed throughout the Balkans.

Therefore, in the best traditions of the progress reports, what can be expected from the Commission on Wednesday morning is a report highlighting the success stories of the enlargement with very few concerns relating to the lack of consolidation of liberal democracy.

This comes as a little surprise knowing that due to the ongoing crisis of liberal democracy and a crisis of compromise-based decision-making and cooperation at the European level, the commitment of the EU to enlargement is just about sincere these days as the commitment to democratic reform demonstrated by the Serbian authorities.

The return to a successful process of democratisation and EU integration necessitates stronger and broader domestic constituencies of change and more vigorous attention by the EU to the state of democracy.

Therefore it is crucial that the EU sharpens its focus on monitoring the aspiring members on their paths to stable and prosperous democracies governed by the rule of law.

It should pay greater attention to the whole forest and not just the trees along the way, as it currently does via the tick-box exercise exemplified by the Chapter 23 and 24 benchmarks.

Instead, the issue of consolidation of liberal democracy should be regularly addressed in the annual progress reports as a new chapter focusing on the core criteria set for new EU members.

It is very important that the EU continues to use local expertise in this matter, for example through commissioning regular ‘shadow’ reports on the state of democracy.

Dr. Marko Kmezić is Lecturer and Senior Researcher at the Centre for Southeast European Studies at the University of Graz, Austria. He studied law at the Universities of Belgrade (Serbia) and Graz (Austria) and European Integration and Regionalism at the University of Graz. Between 2006 and 2008, he worked at the Belgrade Centre for Human Rights. He is the author of “Europeanization by Rule of Law Implementation in the Western Balkans”, and co-editor of Stagnation and Drift in the Western Balkans. He is also a BiEPAG blog editor.

This article has previously been published on the BiEPAG Blog (originally on Balkan Insight) and has been republished with permission. The BiEPAG article can be found at: http://www.biepag.eu/2016/11/10/eu-must-highlight-serbias-democratic-deficiencies/