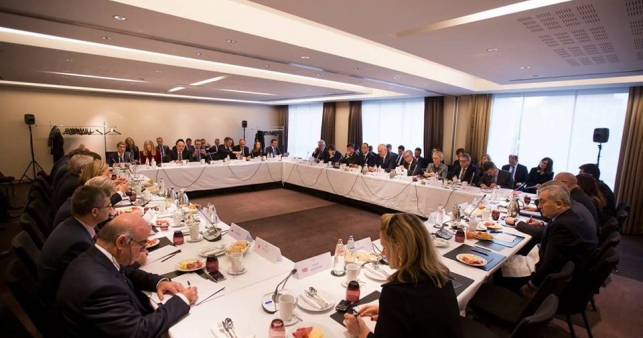 Present at this meeting were Ministers of Foreign Affairs and representatives of EU member countries, the High Representative of the Union for Foreign Affairs Frederica Mogherini and Commissioner for European Neighbourhood Policy & Enlargement Negotiations, Johannes Hahn.

Minister Bushati thanked Italy and Austria for their support in terms of the European perspective of Albania. He noted that this meeting, which follows the publication of the report and recommendation of the European Commission for opening the accession negotiations, constitutes an excellent opportunity to discuss Albania’s progress as well as challenges regarding comprehensive reforms undertaken by our country in the European reform agenda. Moreover, parties discussed the coordination of further steps towards opening of accession talks.

In this context, Foreign Ministers praised Albania’s constructive role in the region, its positive efforts in fulfilling the key priorities for opening accession talks and the adoption of the justice reform, underscoring the importance of their implementation. Furthermore, they commended the progress reflected in the Commission’s report with regard to state consolidating reforms and praised the Albanian government’s determination to carry on with the completion of the judicial reform.