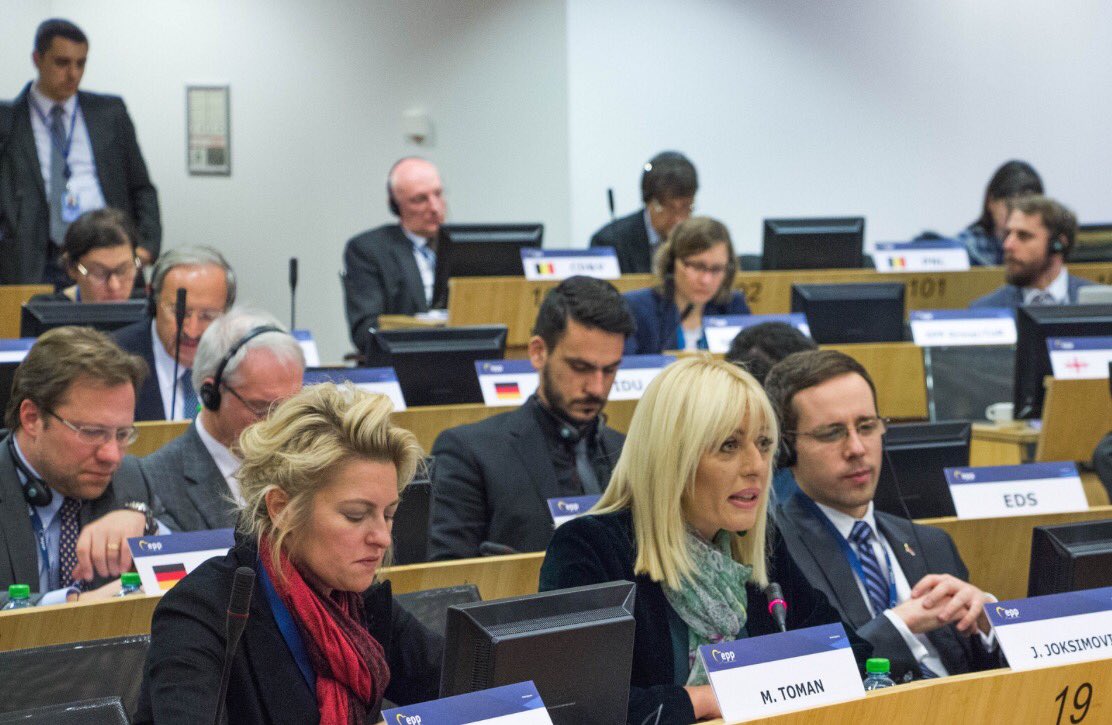 BRUSSELS – Serbian Progressive Party (SNS), Serbian ruling party, today became an associate member of the European People’s Party (EPP), the largest and most influential party organization in the European Parliament. Jadranka Joksimović, SNS International Secretary and Serbian Minister without portfolio responsible for European integration, said that this is a “great and important day for the party, but also Serbia, and that the SNS has been recognized as the true bearer of economic reforms and political stability”.

EPP brings together center-right parties from across Europe, from the EU and beyond, mainly the ruling parties, including the German CDU, Hungarian Fides and the Austrian People’s Party, and numerous other parties that SNS already cooperates with, stated Joksimović.

“I think that after two years of talks, preparations and visits that they made to our party, missions to get to know the work, structures and programs of SNS, we managed to show that the SNS is the true bearer of economic reforms, political and regional stability, which is recognized by the parties in the EPP”, said Joksimović.

She pointed out that the associate membership to the EPP provides additional channel of communication and political platform for all pending or open issues, adding that it is always good when among “friends and connections within the party something can be done for Serbia”.