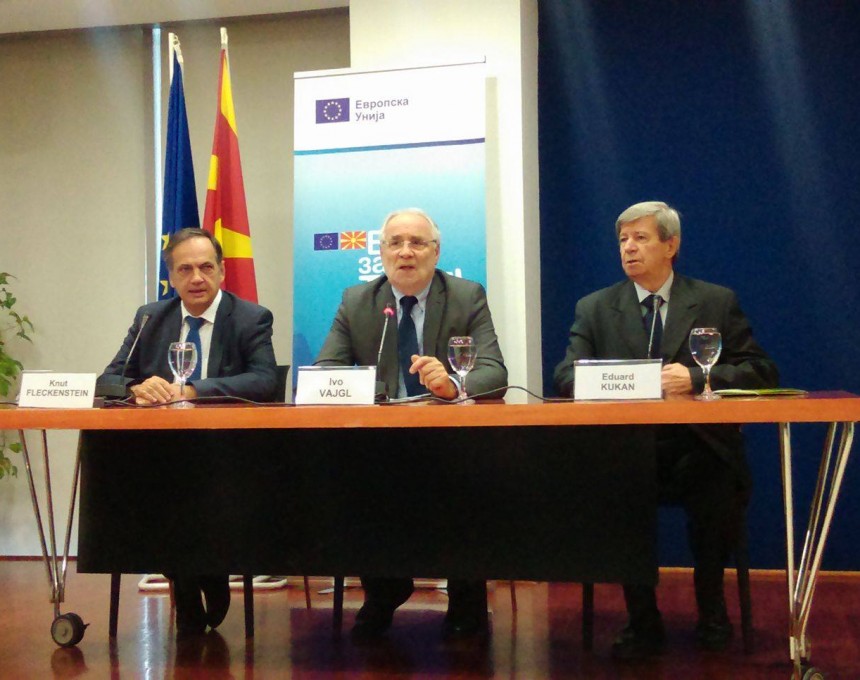 SKOPJE – The members of the Euro Parliament, Ivo Vajgl, Knut Fleckenstein and Edward Kukan, after today’s meetings in Skopje with political parties, NGOs and the Special Public Office, have expressed their contentment regarding the preparations for organizing the elections which are set for the 11th of December, as well as the election ambiance.

“The meetings with the parties have shown that they are ready for fair and transparent elections which will be carried out in an ambiance of trust and transparency”, said Vajgl and added that they are positive because there is a spirit of collaboration between the political parties.

He stressed out that the leaders of two of the biggest Macedonian political parties, VMRO-DPMNE and SDSM gave him a guarantee that the election campaign will occur without incidents and a positive atmosphere.

“We have a reason to believe that the elections on the 11th of December will be fair and transparent and that they will mark a start of the new age for Macedonia. Also, after  the elections, a time will come for the election results to be recognized and the reforms to be performed as was defined in the Pržino deal, which was signed by all political parties”, said Vajgl.

He said that they had a meeting with the Special public prosecutor Katica Janeva, to whom they gave their support for her work.

We stressed that it is important SPO not to be looked upon as taking sides i.e. as a side in the election process, during the elections and after them, said Vajgl.

The MEP Fleckenstein has expressed his satisfaction from the meetings with civil organizations as well as the organizations that will monitor the elections. He pointed out that the elections are going to be monitored by them and the international community, and he expressed his conviction that these are going to be elections with a secret voting process and as a result, many Macedonians will come out to vote. Fleckenstein announced that one week after the elections, he will come to Skopje again along with Vajgl and Kukan.

The MEP Kukan stressed out that they are expecting fair elections that will help the country to come out f the political crisis and that the new government will start to carry out the priority reforms which are a proof of the country’s dedication toward the Euro integrations.

RCC: The second meeting on Broadband Infrastructure Development in the region