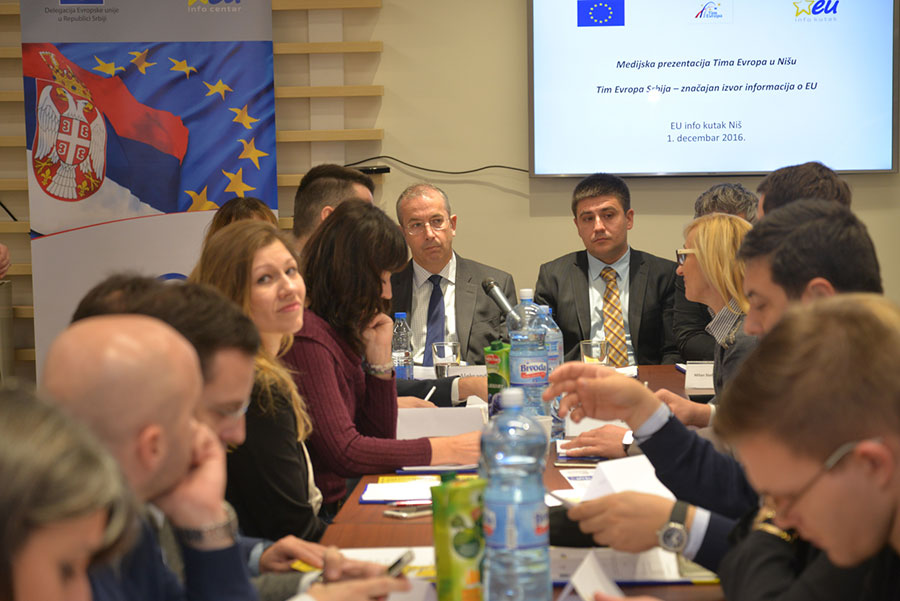 NIŠ – Media presentation of Team Europe Serbia – valuable source of information about the EU was held today at the EU Info Point Niš in the presence of the Head of the EU Delegation to Serbia Michael Davenport. This was the first session of its kind held outside Belgrade in the presence of the media, representatives of local self-government and student organisations.

Ambassador Davenport said he was happy with the work of Team Europe, the network of national experts who specialise in EU-related topics. “The media tend to deal more with the political and even geopolitical aspects of European integration than the issues that are of real concern to people such as the rights of minorities, energy or ecology. Team Europe Serbia is therefore a valuable source of information because it provides an objective and expert analysis of the state of play in Serbia. We highly appreciate the contribution made by the members of Team Europe Serbia through their analyses and reports on the current situation in Serbia,” Davenport said.

Since the foundation of Team Europe Serbia, 26 members of the network have implemented more than 100 activities across Serbia, including lectures, taking part in forums and trainings, etc. A Team Europe representative from Niš, Milan Stefanović, shared his personal experience and said that he has “carried out several missions, mainly outside Niš. The topics I deal with concern youth policy and mobility, the history and functioning of the EU and my goal is to bring the citizens of South Serbia closer to European integration,” he added. Besides Stefanović, another citizen of Niš forms part of Team Europe – his name is Marjan Cvetković and he specialises in EU youth and volunteer programmes.

Another, rather relevant, topic has been dealt with during the presentation – combating violence against women. A member of Team Europe Serbia, an expert in women’ rights and social policy, Biljana Stepanov, said that “throughout 2016 she has been taking part in the making of two laws – the Law on Domestic Violence and the Criminal Code.” “I expect the Law on Gender Equality to enter the parliamentary procedure in December. Also, we are pushing to adopt the Law on Free Legal Aid.” 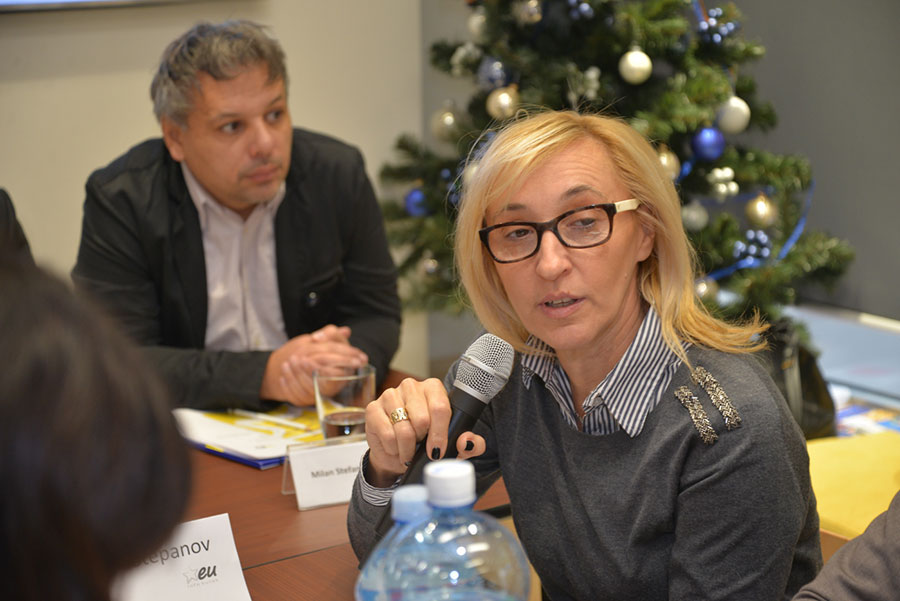 Speaking about energy, the topic in which he specialises, Team Europe member Aleksandar Macura said that “European energy policy provided an excellent framework for Serbia. It increases the level of energy security and improves citizens’ health.” Referring to the heating issue in Niš, Macura said that “consistent implementation of European energy policy would resolve the issue of district heating in Niš.” 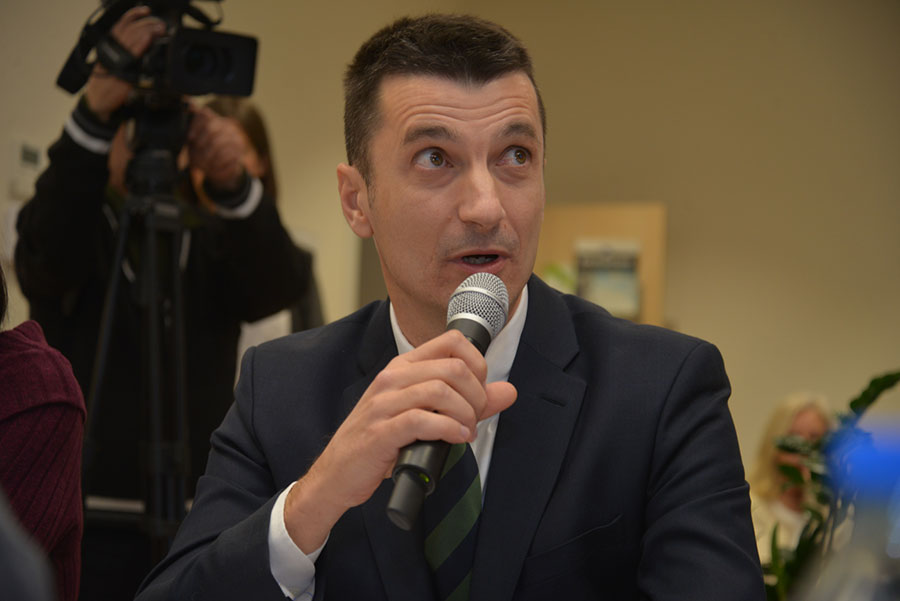 The participants concluded that the meeting of Team Europe Serbia in Niš, as well as the ones scheduled to take place in Novi Sad and Užice, set a positive example and highlighted the need to pay more attention to the issue of decentralisation.

“Robust policy at the local level may give birth to robust national policy,” said Marjan Cvetković, an expert in youth issues, and added that “the youth forms a strong, not a socially vulnerable group and should thus be treated accordingly.” Team Europe member Aleksandra Vukmirović, an expert on the subject, said she has “for years pushed” to introduce the position of a civil servant tasked with informing citizens about the EU at the level of local self-government. His job would be not only to communicate with citizens of a certain local self-government, but also to get in touch with national authorities dealing with European integration, the EU Delegation to Serbia and other bodies concerned with the issue.”

The meeting in Niš tackled the issue of culture as well. Team Europe member Lola Joksimović said that “without culture, which permeates all aspect of the society, no other public policy can prosper”. She pointed out that in Serbia, culture was usually perceived as an expense, explaining that this could not be farther from the truth, and added that towns and countries which had invested in culture gained much more in terms of the progress of their societies.

Team Europe Serbia was set up in May 2013 following detailed discussions among the participants in the process: Serbian European Integration Office, the Delegation of the European Union to the Republic of Serbia and civil society organisations. The main goal of the Network is to bring citizens closer to EU-related topics. Members of the Network have been selected from across Serbia in order to better respond to citizens’ inquiries. For more information, visit http://www.europa.rs/teameurope

Chairman of the Presidency of Bosnia and Herzegovina meets Hahn, Juncker and Preda in an official visit to the EU institutions

Deputy Prime Ministar of the Slovak Republic Lajčak: Sending the questionnaire to BiH possible in July