Ahead of his visit, Commissioner Hahn said: “Serbia belongs to the EU family and is making remarkable progress towards its strategic goal of EU membership. I work closely with Serbia – we are stronger together as partners and friends in addressing migration, unemployment, security challenges, and preserving peace and stability in the region.”

Hahn and Vučić attended the signing of 80 million EUR Financial Agreement aimed at backing a comprehensive transformational of Serbian public administration. Financed from IPA funds, this contract is the first sector reform contract for Serbia. This is non-refundable EU assistance, through which EUR 70 million will go directly to the budget of Serbia in separate instalments over the period of three years, while EUR 10 million will support implementation of the Sector Reform Contract.

At the EU Info Centre premises in Belgrade, the Agreement was signed by Genoveva Ruiz Calavera the Director for the Western Balkans of the European Commission Directorate General for Enlargement and Jadranka Joksimović, Serbian Minister without portfolio in charge of European Integration. 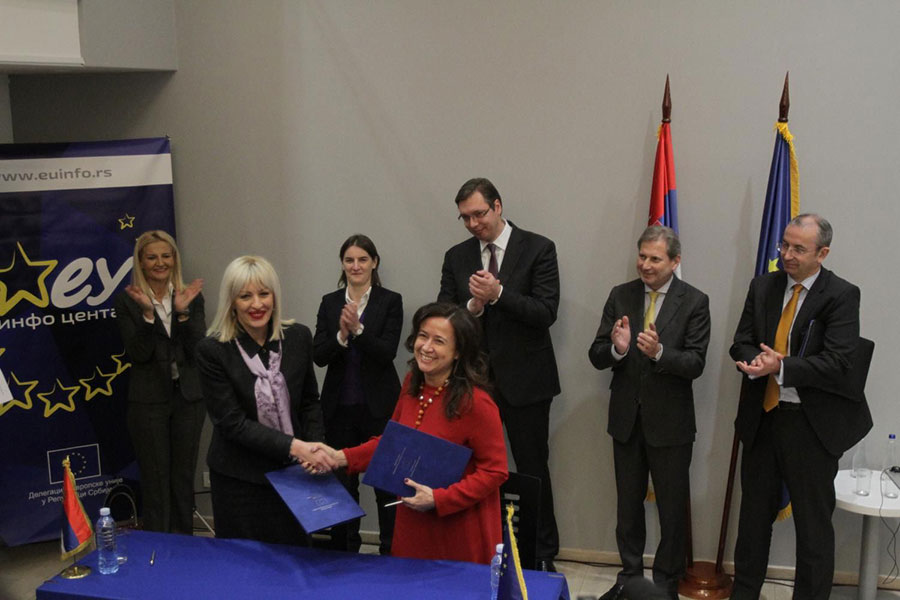 At a press conference held together with Prime Minister Vučić, Johannes Hahn said that next week could see the opening of more than one negotiation chapter within Serbia’s EU accession talks.

“The opening of chapters is based on the fulfilment of certain criteria. There are criteria to be met but there are also political considerations to be taken into account,” said Hahn, adding that the EU Member States should make a difference between bilateral issues and those of the Union concern.“

“The process should lead to further stabilisation of the region. We appreciate Serbia’s efforts to stabilise the region whose countries should all become EU members, but the most important thing is to establish peace and prosperity among those nations”, Hahn said.

Hahn said in Belgrade that he expected Serbia to open next week one or two new chapters in its EU accession talks, while PM Aleksandar Vučić specified that Chapter 5 was certain to be opened.

Prime Minister Vučić thanked the EU and its taxpayers for the assistance and said that “the EU accounts for two thirds of our commerce, whereas the region accounts for 20 percent – we depend entirely on the EU. It is not fair that we ask them for money and not be grateful, because Union citizens set that money aside for us to make the most of it.“

During his one-day visit to Belgrade, European Commissioner Hahn also met with the First Deputy Prime Minister and Minister of Foreign Affairs of Serbia Ivica Dačić. 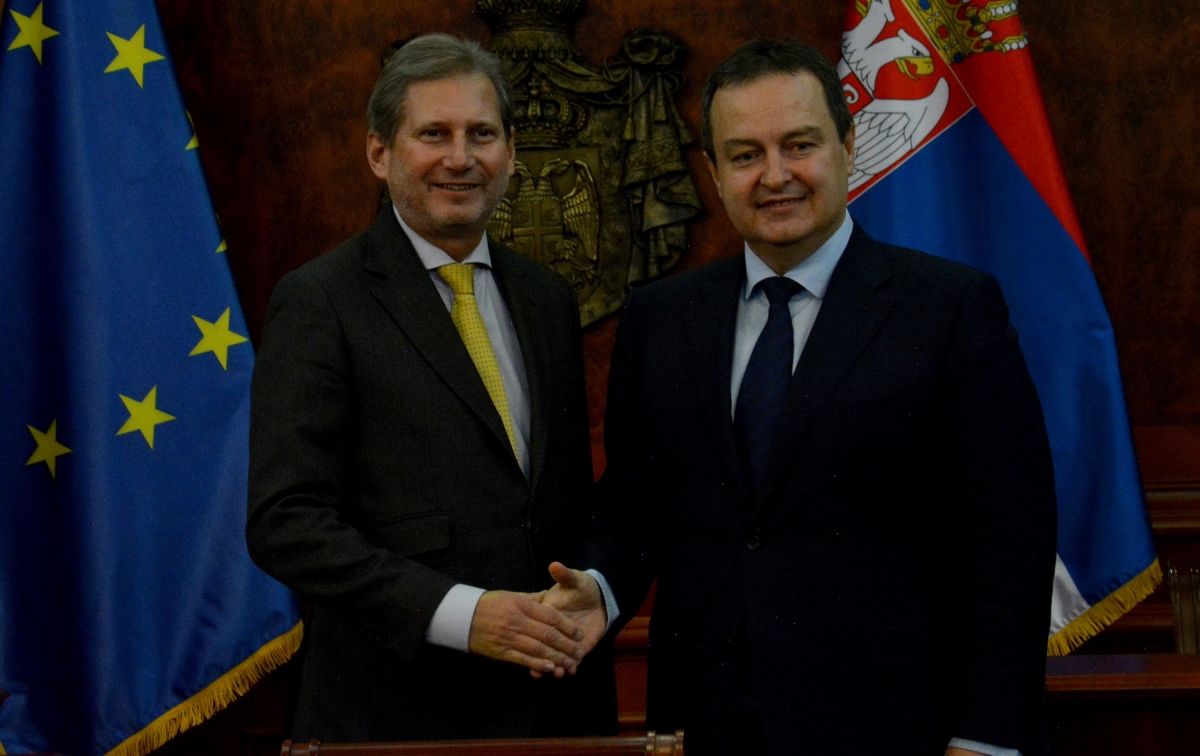 Ministry of Foreign Affairs of the Republic of Serbia

During the meeting, the two noted that Serbia had made progress in the process of European integration and said they expected the EU to reach agreement on the opening of further negotiating chapters over the course of next week, adding that in 2017 negotiating process should continue with a focus on reforms in the area of economy and other key areas instrumental in the modernisation of Serbian society and state. They highlighted the messages from the July 2016 Western Balkans summit in Paris, which clearly affirmed the membership prospects and a continuation of the enlargement policy. They also discussed the EU-facilitated Belgrade-Pristina dialogue.

At a meeting with University of Belgrade officials and students, Hahn donated books to the library of the Faculty of Law, and in his speech addressed joint educational programmes, importance of the rule of law reforms and the betterment of general education system.

“The key to the future and prosperity of Serbia is in your hands – it is up to you how dynamic and successful your country will be, and your talents, skills and creativity are decisive for Serbia’s economic growth and competitiveness“, Hahn said.

EU strengthens its support to local governance in Albania

Key findings of the 2020 European Commission report on Serbia