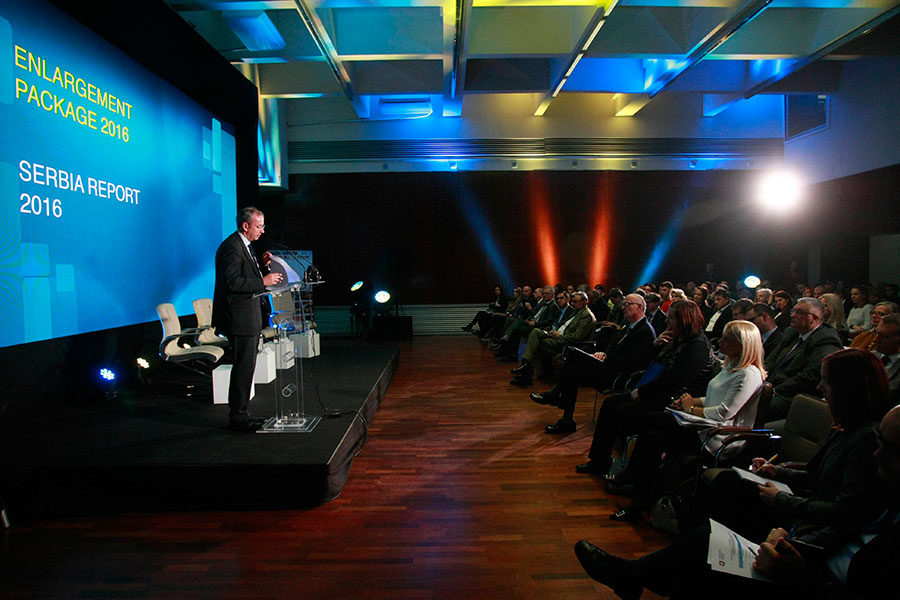 Ambassador Davenport stated that Serbia had moved ambitiously forward with reform, addding that the results yielded should be even more tangible. He said that Serbia was moving decisevly to achieve its strategic goal of European integraton, adding that the Serbian Chamber of Commerce plays an important role in that process as it regularly discusses each chapter with the business community.

“We are impressed by the resolve showed by everyone engaged in the process. Serbia’s commitment and resolve to join the EU is obvious,” Davenport said, reminding that the EU is the biggest donor in Serbia, accounting for 65 percent of Serbia’s total exports.

He announced that in the coming period the EU would invest an additional 1.5 million EUR in a variety of areas in Serbia.

According to him, private sector in Serbia has a considerable potential. He said that Serbia had a great potential for foreign investment, but added that in order to realise it, it needed to improve its business environment.

Davenport said that the Report showed that Serbia was greatly affected by the issue of refugees, but added that despite being under the strain of migration it managed to maintain good cooperation with its neighbours and tackle the situation in an efficient and humane manner.

He said that the progress was also observed in the dialogue with Pristina, adding that making progress in that particular area required a strong political will. He commended Serbia’s constructive role in improving cooperation in the region.

Radica Nusdorfer gave a detailed overview of the Report’s economic issues and said that the EC aimed its recommendations at fostering the development of entrepreneurship and private sector, promotion of alternative forms of finance, as well as harmonisation of education with market needs.

She added that it was necessary to improve infrastructure and introduce technical regulations and standards, as well combat corruption and informal economy.

Head of Serbia’s EU Negotiating team Tanja Miščević said that Serbian Chamber of Commerce was a partner of the country in the process and was helping to understand the essence of EU accession.

According to her, Serbia should start working on chapter 33 (financial and budgetary provisions) as soon as possible, adding that it had already drawn up the first draft of said chapter.

Serbian Chamber of Commerce Vice-President Miroslav Miletić said that the Chamber was actively participating in the process of European integration and strongly supporting Serbia’s membership in the EU with full respect for the national economy interests.

“This year’s Report of the European Commission was assessed as positive and we are particularly pleased that activities we develop here at the Chamber, for example, the introduction of novelties concerning harmonisation of technical regulations or the promotion of EU programmes aimed at SMEs, are