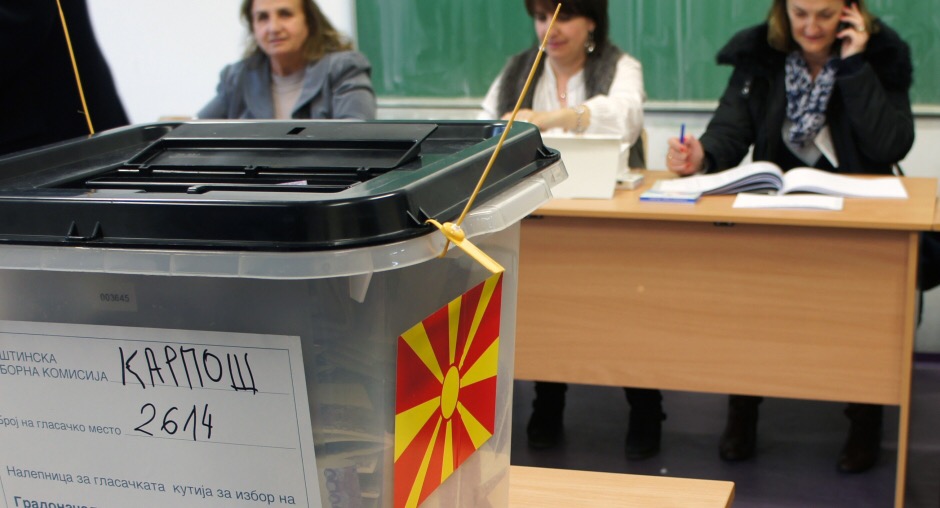 On Sunday, Macedonia will hold early elections which have a potential to either resolve or deepen even more the ongoing crisis, which is not just political, but a crisis in all spheres of society and life. The European Commission in its last progress report has deemed Macedonia as a captured state, refereeing to the dysfunctional and corrupted institutions, the breach of all democratic processes and the deep divisive political culture and lack of capacity for compromise.

VMRO-DPMNE has been ruling since 2006. As a ruling party it has access to all state institutions and significant power to decide about the lives of 2 million people. However, it is not just the privileges that come along, it is also the responsibility that comes with that power and therefore most of the fingers are pointing at VMRO-DPMNE for the, probably most severe crisis after the armed conflict in 2001.

How did Macedonia become a captured state?

Some may argue that the crisis has started with the shutting down of the independent TV station A1 in 2010, which was critical of Nikola Gruevski and his government. This event has set up the background for seizing the freedom of the media. According to Freedom House, in Macedonia there is no freedom of the press. Additionally, constant propaganda and misinformation are present in private media under government control, which have been corrupted with public money through shady projects.

Nevertheless, behind Macedonia’s capture there is something even more substantial and sinister, something which will be one of the highlights of Gruevski’s rule. Micromanaging everything state related, primarily employment in state institutions and abuse of state resources to pressure employees in the public sector and their close ones, to vote in elections for Gruevski’s party. Second, brutal abuse of power accompanied with racketeering and illegal takeover of many private businesses. Third, undermining the judiciary system and the rule of law. Fourth, no clear division between the state and the party. Finally, prosecution, threat and ostracizing everyone who openly disagrees with Gruevski and his followers.

The culmination of the crisis has begun in December 2012, when the opposition’s MPs have been brutally thrown out of the parliament’s plenary hall during the sessions about the budget for 2013. Following that incident a deal under the auspices of the European Union has been reached, leading to early elections in April 2014. Days before the elections the leader of SDSM, the biggest opposition party, Zoran Zaev played a wiretapped conversation of Nikola Gruevski and others, that revealed potential tax evasion and other incriminating activities regarding the privatization of one Macedonian bank. That set the stage for SDSM not to recognize the 2014 elections and boycott the parliament.

In 2015, SDSM has began a project called “The Truth About Macedonia”, whereas it presented to the Macedonian public a number of phone wiretappings which is suspected to have been made by the Macedonian secret police under the control of Gruevski’s first cousin. Furthermore, the project has exposed many of the wrongdoings of Gruevski and his associates. From different abuses of power, to acquire economic gain or pressure voters, up to covering up the murder of a young person in 2011, during VMRO-DPMNE’s election victory celebration.

SDSM’s project has resulted in a new process that has been again under the auspices of the EU and the United States. It brought to light the so called Przino Agreement, ought to bring back the stability of the institutions and make them capable to carry out new early elections. Also, it introduced a special public prosecutor, in charged for the crimes that have been revealed in the wiretappings. The process has been deeply disturbed with the sudden, but somewhat expected abolition of mostly government officials, by the president Gjorge Ivanov, in April 2016, which further pushed Macedonia into a political crisis and has undermined the prospect for a way out of the crisis. As a reaction to the abolition, a so called “Colorful revolution” has encouraged many citizens to stand up against the corrupted elite in power.

For Macedonia these elections are historical in several aspects. According to the polls, it is difficult to say who will win the elections. The distance is very tight since VMRO-DPMNE has a narrow lead before SDSM. No other elections, in Macedonia, have ever been as tight as this one. A decisive factor could be the large number of voters, about 33%, who are either undecided or not wanting to vote. This could potentially influence the results and bring about extra votes for the opposition. In a country where wiretapping is reality, it is normal for people to fear and be cautious or deny to answer who will support in elections.

On the other hand, these elections are truly the test for Macedonia’s democratic capacity. For years now, many groups in the society have been speaking openly about the lack of freedom, high index of corruption and the diminishing of all democratic processes and practices. It is a crucial challenge for the citizens’ understanding of democracy as an open process that provides space for the various groups in the society to express and work on achieving their rights and interests, without the fear of unjust prosecution. These elections are the ultimate stepping stone to stop an incresaengliy omnipotent and omnipresent state, that interferes in every aspect of the citizens’ lives.

One thing is for certain, whether Gruevski stays in power or not, Macedonia will open a new chapter in its history. The question is will that chapter be based on respect for human rights and freedoms or will it be another totalitarian story.

I vote for the former.

[BSF] [EWB] Will implementation of the Prespa Agreement succeed?