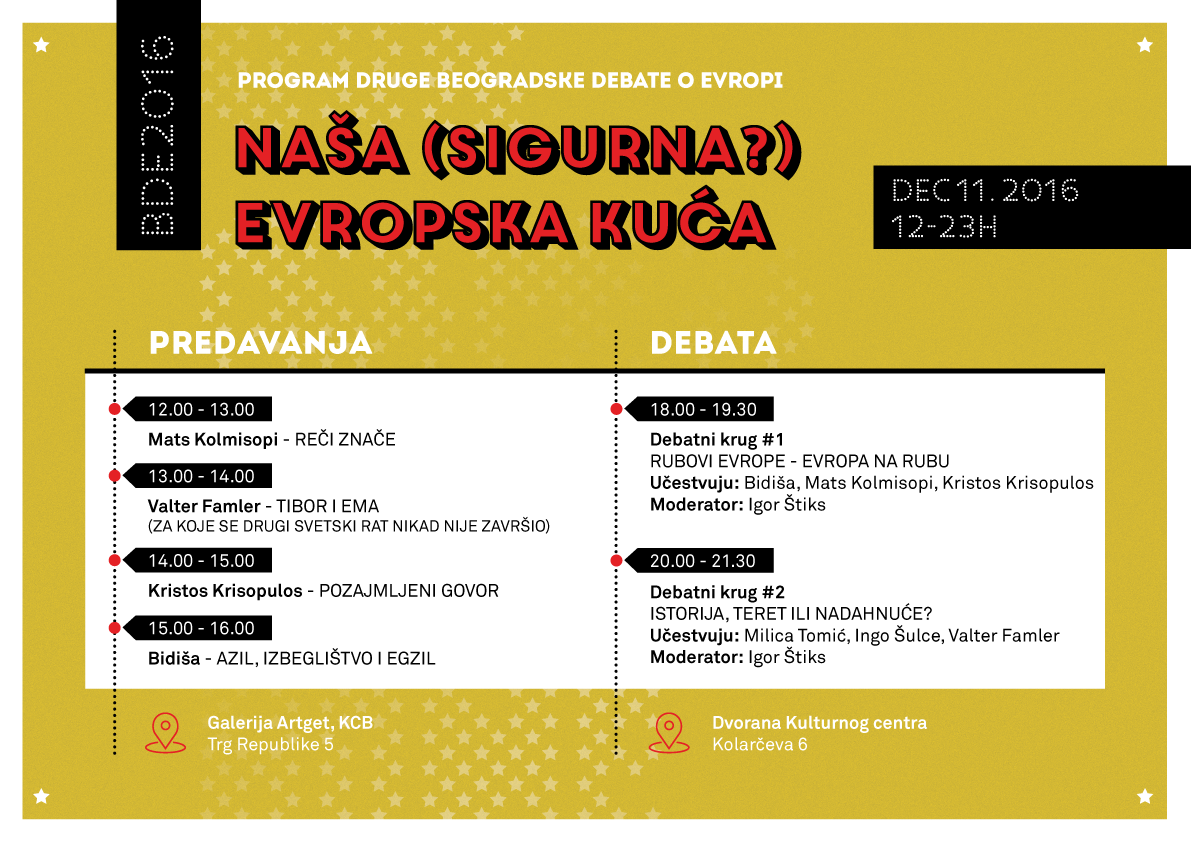 BELGRADE – Second Belgrade debate on Europe “Our (safe?) European house” where various burning issues of modern Europe were pointed out the  was held last night in Belgrade.

“The goal is to directly come to grips with some of the most important issues we face today in Europe, regardless of where they – Great Britain, Serbia, Sweden, France”, said to Tanjug News agency writer and research fellow at the University of Edinburgh Igor Štiks.

As he pointed out, the goal is to open the debate in a direct way with the speakers who come from different countries and carry different experiences.

According to him, six intellectuals highlighted the problems facing today’s Europe.

“These are not just problems related to the EU. There is the issue of the refugee crisis, protest movements, terrorism and other various problems that are all around ours, and we do not get enough information and we definitely do not have quality analysis,” stated Štiks.

He estimates that what we find in the media is usually very superficial and insufficient.

As he says, precisely because of this such debates are trying to understand what is happening in Europe today, and then to open the question of history and what it teaches us – which history is now dominant, and which is silenced or sidelined and you can find there answers to questions that we face today.

Milena Berić from Crocodile Association said that the association held the first Belgrade debate on Europe in 2014.

“The great success of this debate, the the economic and refugee crisis that followed, led us to include this event in the program of Crocodile”, said Berić repeating that the goal is the opening of discussion on the burning issues of today’s Europe.