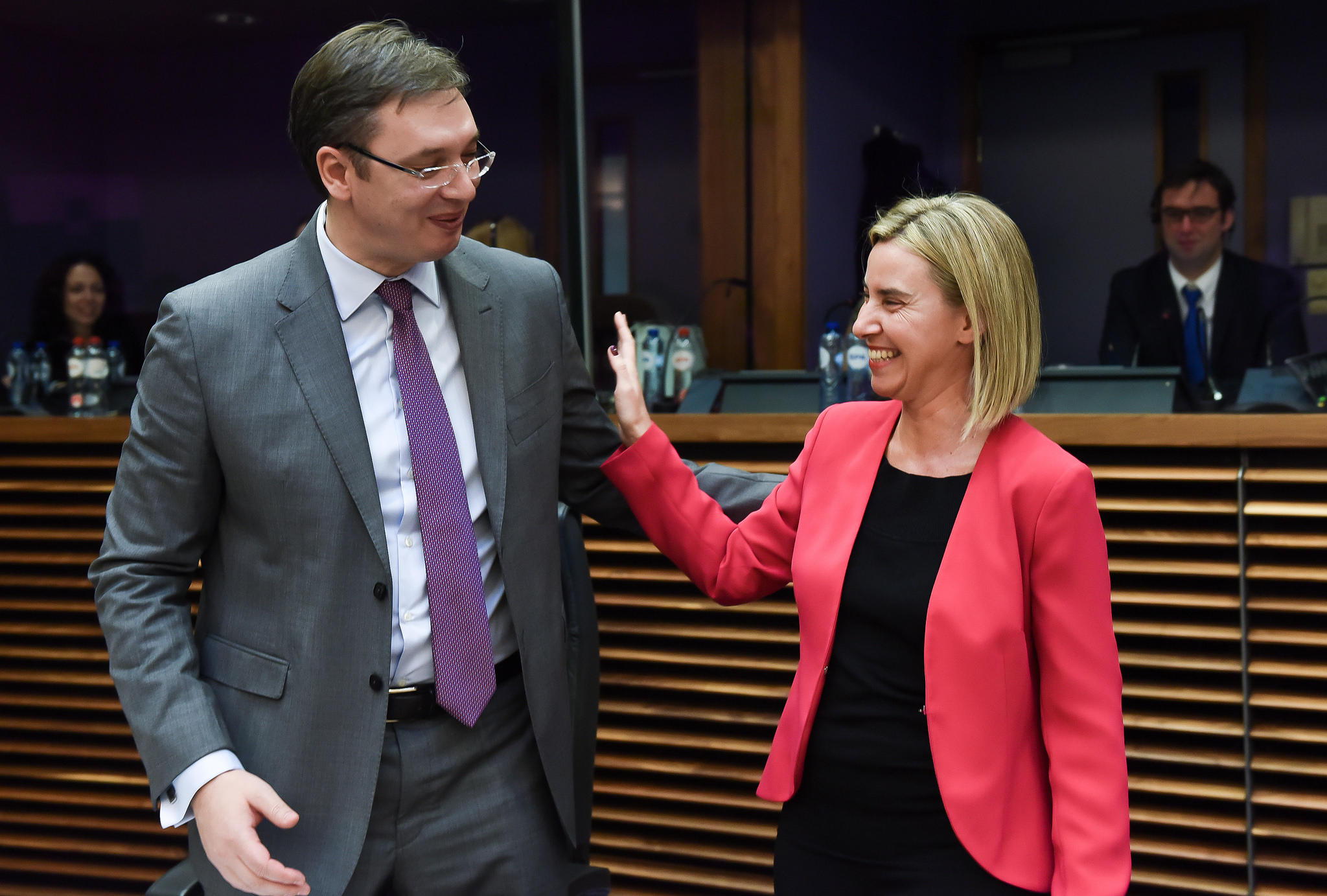 BRUSSELS – Federica Mogherini, High Representative for Foreign Affairs and Security Policy/Vice-President of the European Commission, met with Prime Minister of Serbia Aleksandar Vučić this evening to discuss a wide number of issues of common interest.

During the meeting, they spoke about Serbia’s strong economic performance over the last year and return to growth, reflecting the Prime Minister’s determined implementation of reforms. They also discussed developments in the region and highlighted the importance of regional cooperation, stability and security and the crucial role Serbia is playing.

The High Representative stressed the strong engagement she has seen in both Belgrade and Pristina leading to concrete results in the Dialogue, in the interest of their citizens.

Federica Mogherini and Prime Minister Vučić also discussed Serbia’s substantial progress in the accession negotiations, with several chapters being opened this year, which signals the continuous commitment to further integration of both the European Union and Serbia.

The High Representative/Vice-President is looking forward to continuing the work with Prime Minister Vučić and his government.

BiEPAG’s policy brief ‘The Crisis of Democracy in the Western Balkans. Authoritarianism and EU Stabilitocracy’ to be presented in EP