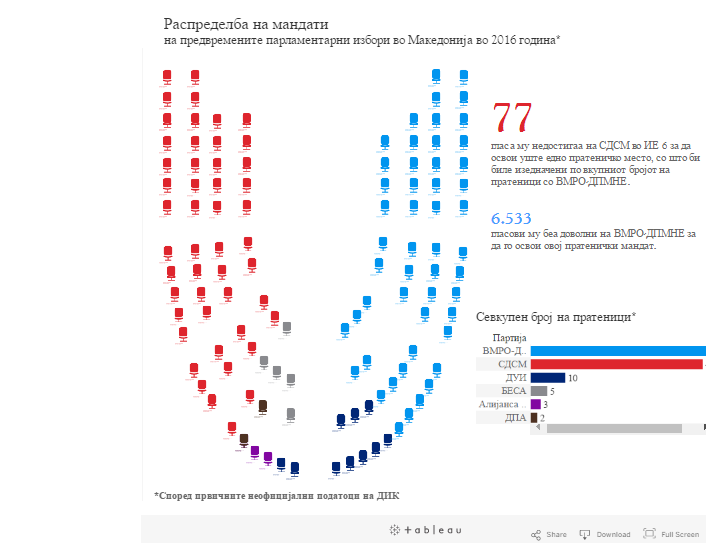 The President of the SEC, Aleksandar Čičakovski, said that according to the preliminary results, VMRO-DPMNE won 51 seats, SDSM 49 seats, DUI 10 the Besa Movement 5, the Alliance of Albanians 3, and the DPA 2 won seats.

The SEC said the data is from the results obtained from the six constituencies and they are still awaiting results from the seventh constituency. Čičakovski stressed that results are missing from 10 polling stations in the Diaspora, particularly from the USA, however, once this data is collected, they will announce the information on constituency 7.

Today the SEC received the first complaints from candidates of the electoral lists, but according to Čičakovski the number of objections and complaints is insignificant.

Regarding the number of invalid ballots, Čičakovski stressed that it should not be seen as a shortcoming by the electoral commissions, but the stance of the voters themselves.

The SEC said that parties have the opportunity to complain to the Commission within 48 hours, and they will respond to the reports. In response to the petitioners objections, they can appeal to the Administrative Court.

European Parliament resolution on the 2016 Commission Report on Macedonia