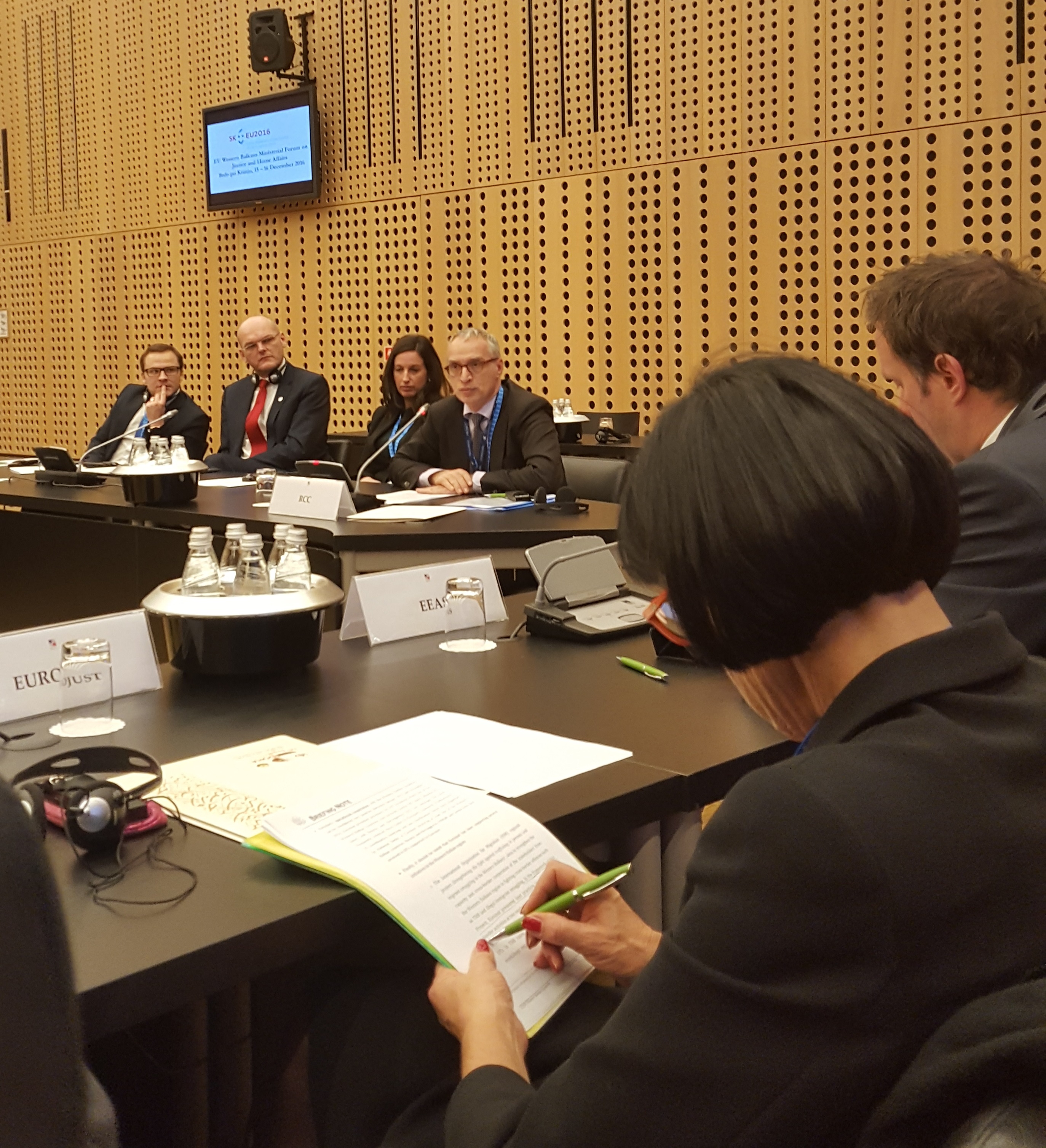 BRDO PRI KRANJU/SARAJEVO – Efficiency and cooperation of judiciaries, operational cooperation in matters such as migration, border management and internal security, including counter-terrorism and firearms trafficking were the main topics discussed at the EU-Western Balkans Ministerial Forum on Justice and Home Affairs held under Slovak Presidency of the Council of the European Union in Brdo near Kranj on 15-16 December 2016.

As invited to address the Forum the Regional Cooperation Council’s (RCC) Secretary General Goran Svilanović referred to organisation’s activities in area of judiciary. Svilanović reported on regional developments in this field and highlighted RCC’s actions supporting independence, efficiency, integrity and competency of judiciaries in SEE economies. These include: creation and support to networks of judicial training institutions and associations of mediators; coordination of projects and initiatives in justice and home affairs; recommendations in the area of efficiency of judiciaries; and finally supporting the institution and competence building in the area of judicial training.

“Both the RCC approach to address real regional needs and the EU’s ‘fundamentals first’ concept found a strong argument for action in the fact that 78% of SEE citizens do not believe that judicial system is independent of political influence, while 83% think that the law is not applied to everyone equally, as the latest RCC’s opinion survey Balkan Barometer showed. These worrying high percentages point out to urgent need for assistance to judiciaries in the region”, said Svilanović.

The second day of the Forum was devoted to discussions on home affairs and security issues, during which the new EU’s model of Integrative Internal Security Governance (IISG) cooperation in the Western Balkans region was presented to the participants.

Slovakia is drawing its rotating 6-month presidency of the Council of the European Union to an end and it is going to succeed by Malta for the period 1 January – 30 June 2017.