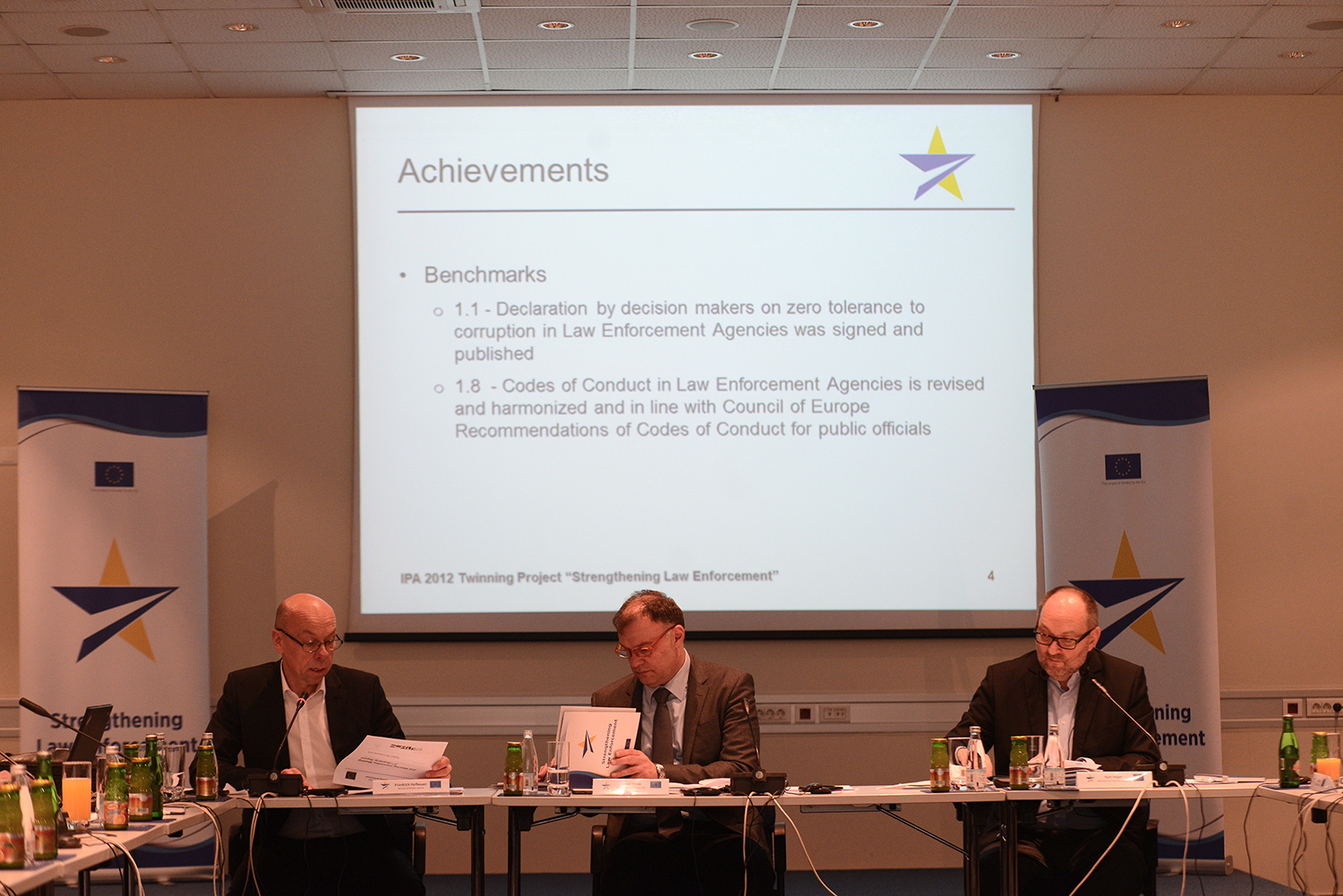 SARAJEVO – The second Steering Board meeting of the EU-funded project “Strengthening Law Enforcement“ held in Sarajevo on 20 December 2016 concluded that the benchmarks planned in September – December 2016 have been successfully achieved, announced the Delegation of the EU to BiH.

“This document represents a compilation of the best EU practices vis-à-vis the issue of deployment of police liaisons, lists the recommendations for all areas for improvement that we identified with colleagues from BiH, and as such, provides a solid basis for the stakeholders to act upon”, said Project’s Resident Twinning Advisor Friedrich Hofbauer.

The benchmark in regards to the Acquis harmonization process has been achieved too, resulting with the list and priorities of Justice and Home Affairs Acquis. This process will require improved legislative drafting capacities, procedures and sustainable mechanisms in the law enforcement sector to be able to deal with it at an adequate speed. 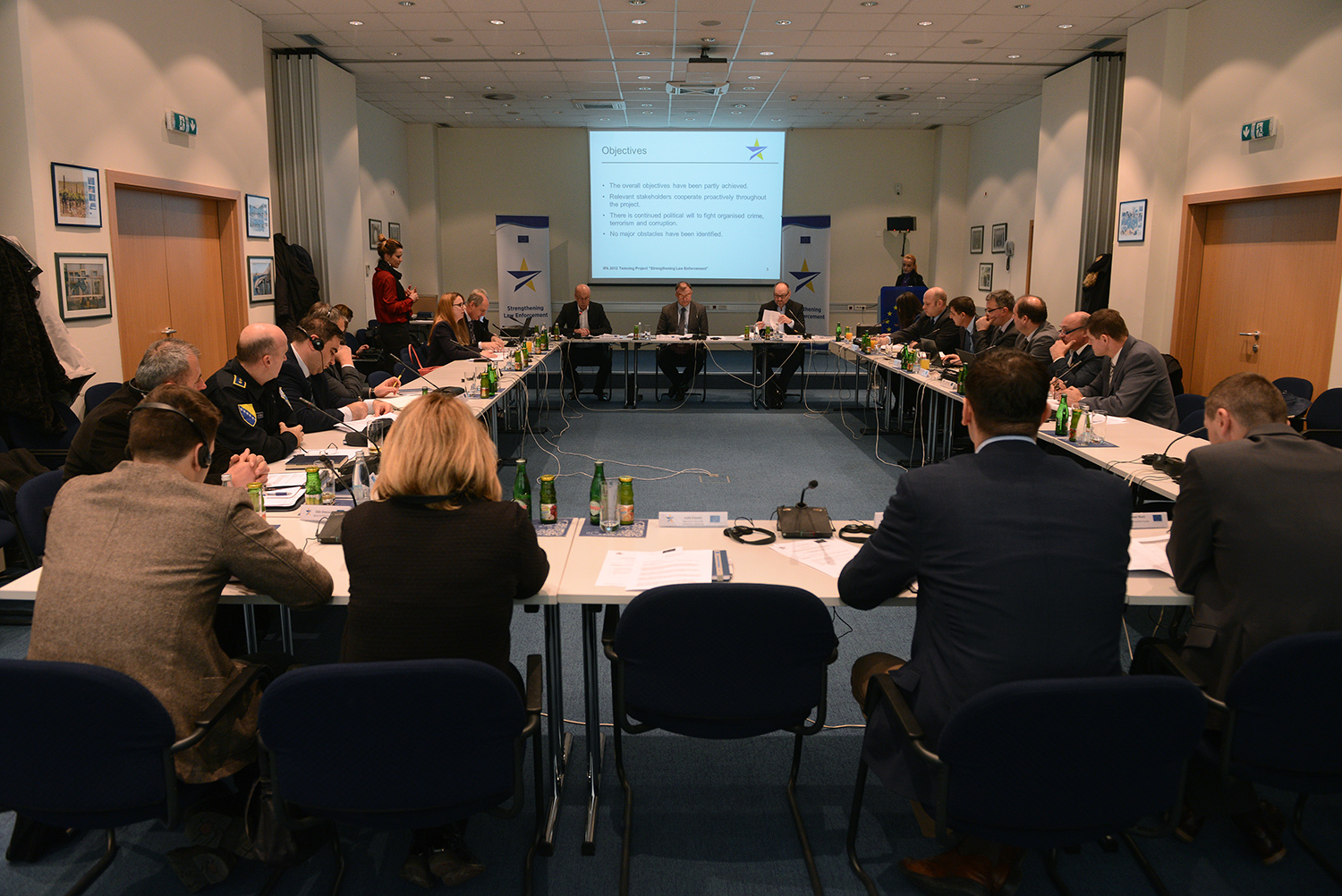 The signing of the Declaration on Zero Tolerance to Corruption within Police Service by all law enforcement agencies in BiH to reiterate commitment to more succesful fight against corruption as a serious threat to BiH society was another succesfully implemented activity that the Project’s Steering Board took note of.

In discussion on priorities for the upcoming six months, the Steering Board agreed that these will, among other, include strengthening of police and prosecutorial capacities in the fight against crime.

“The desired end-state is to have investigation and prosecution capacities strengthened and relevant cooperation mechanisms further developed. In this field, too, we will rely on the best EU practice as further synchronization of investigation and prosecution of serious crime and corruption among law enforcement across the country is needed,” said Assistant BiH Minister of Security Samir Rizvo in his capacity of Beneficiary Country Project Leader.

The Steering Board consists of the appointed representatives of all state and entity level law enforcement agencies who, as direct beneficiaries of this EU donation, takes charge in design and implementation of the Project activities. “I wish to note that all Project beneficiaries have displayed a serious commitment to achieving the Project’s benchmarks in the past six months. I have no doubts such a modus operandi will continue,” concluded Hofbauer.

Project “Strengthening Law Enforcement” is implemented in BiH with the aim to further advance police service and strengthen cooperation, coordination and efficiency in the fight against organized crime, terrorism and corruption. This project is led by the Austrian Federal Ministry of Interior and the Agency for European Integration and Economic Development (AEI) in cooperation with the Ministries of Interior of Croatia and Slovenia and funded by the European Union in amount of EUR 4.5 million from the Instrument for Pre-accession Assistance (IPA 2012).

Continued support from the EU for war crimes processing in BiH