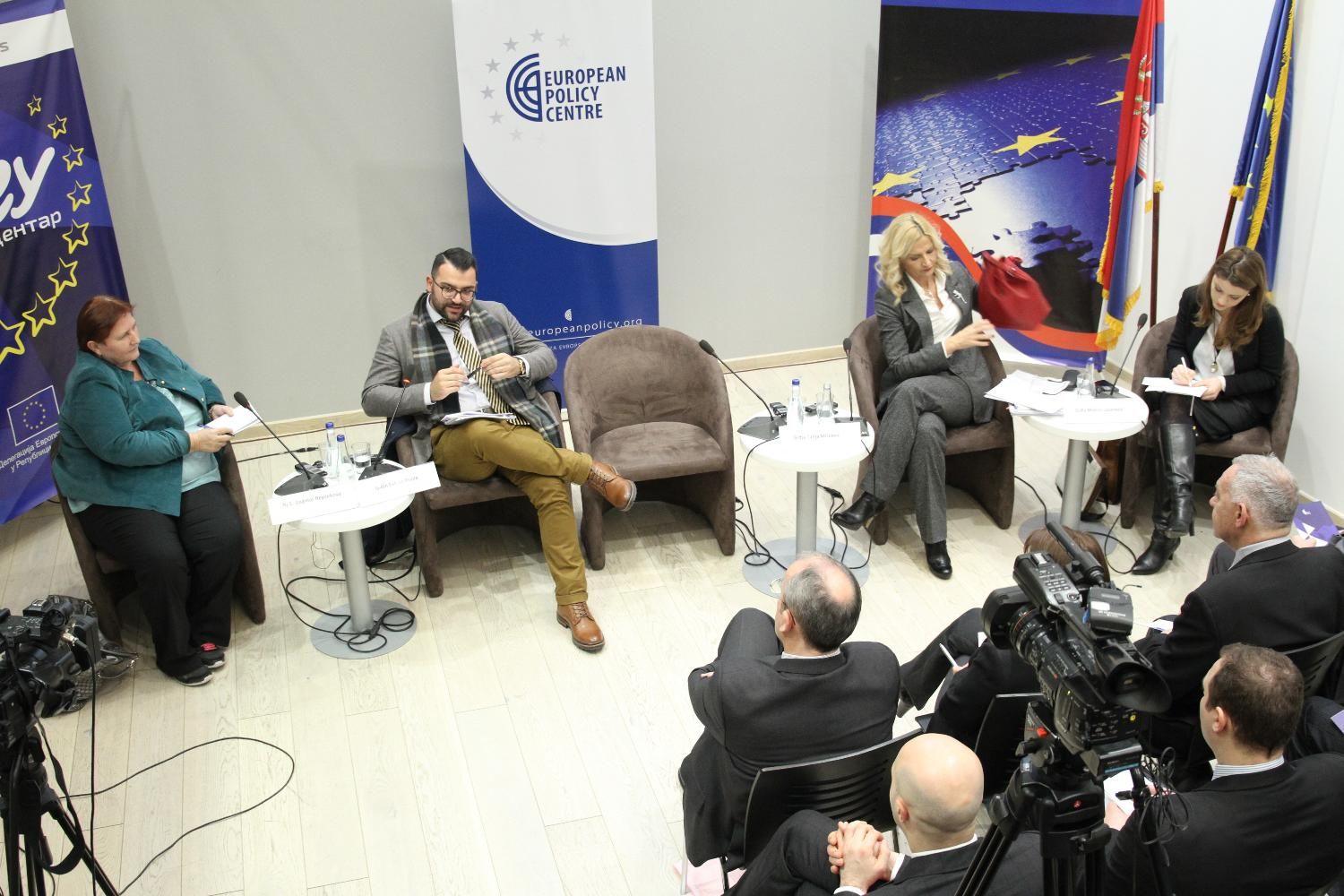 BELGRADE – Maltese presidency of the EU Council, starting from 1 January 2017, will be committed EU enlargement, said Maltese Representative to the EU Council Fabian Psaila, adding that the pace of Serbia’s accession will be decided by its readiness to push for the opening of negotiating chapters.

At the panel discussion “From Slovak to Maltese presidency: handing the baton over and enlargement in challenging times” held at the EU Info Centre in Belgrade, Psaila said that Malta had always been committed to enlargement and good neighbourly relations.

He said that 2016 was pivotal to Serbia, adding that it is now up to the country to continue on the reform path and focus on implementation.

Psaila pledged that his country would continue the work done and cooperation promoted by Slovakia for the benefit of Serbia on its path to EU membership.

Slovak Ambassador to Serbia Dagmar Repčekova said she was happy with the soon to be over Slovak presidency, adding that she was hoped that Malta’s presidency would continue the ongoing trend of positive relations with Serbia which in the past six months managed to open four negotiating chapters and provisionally close one.

According to her, the EU appreciates Serbia’s readiness to continue on the path of European integration.

“I am sorry about the chapter 26 but I hope we will see it opened in the coming period,” Repčekova said and added that the process was ongoing and that Serbia was expected to make progress in the public administration and finance reform, as well as in improving its business environment.

Head of Serbia’s Negotiating Team Tanja Miščević reminded about the challenges Serbia would be facing in 2017.

Commenting on the latest terror attacks across Europe, she said that European security could not be complete without the Western Balkans countries. The priorities of Malta’s EU presidency match the objectives of Serbia and the region on the path toward the EU, Miščević added.

As she put it, main challenges Serbia will be facing in 2017 are the implementation of Action Plans for chapters 23 and 24, adoption of new legislation and capacity building.

According to her, the upcoming elections in Serbia would halt the current flow of events, she said and added that nonetheless the legislation would be adapted and a number of laws pertaining to chapters 23 and 24 prepared for Parliament’s consideration.

In the first two months of 2017, Serbia will be ready to open chapter 7 on intellectual property, chapter 20 on industrial policy, chapter 29 on Customs Union and chapter 33 on budgetary provisions, Miscevic said.

The debate was also participated in by the French Ambassador in Belgrade Christine Moro and the Head of the EU Delegation to Serbia Michael Davenport who took part in the debate and stressed the importance of the Berlin Process for the overall EU enlargement policy.

The Head of the EU Delegation to Serbia Michael Davenport said that 2016 was the year of major breakthroughs for Serbia, referring to the opening of four and provisional closure of one negotiating chapter within the EU accession talks.

He said that the EU was going through challenging times, referring to terror attacks.

“Our thoughts are with the victims of yesterday’s brutal attack in Berlin and other places. I would say that there were far too many attacks in 2016,” he said.

According to him, three areas are crucial for the coming period – economic governance, the rule of law and public administration reform.

Agriculture and environment, he added, also constitute a large part of the enlargement process.

“The EU sees Serbia as one of its members,” he said. Speaking about the importance of the Berlin Process, he said that the Union wanted Serbia to be a part of the Energy Union and transport network, adding that it is the Berlin Process that will drive investment in these areas forward.

Continued support from the EU for war crimes processing in BiH

Statement of EU Delegation to Albania